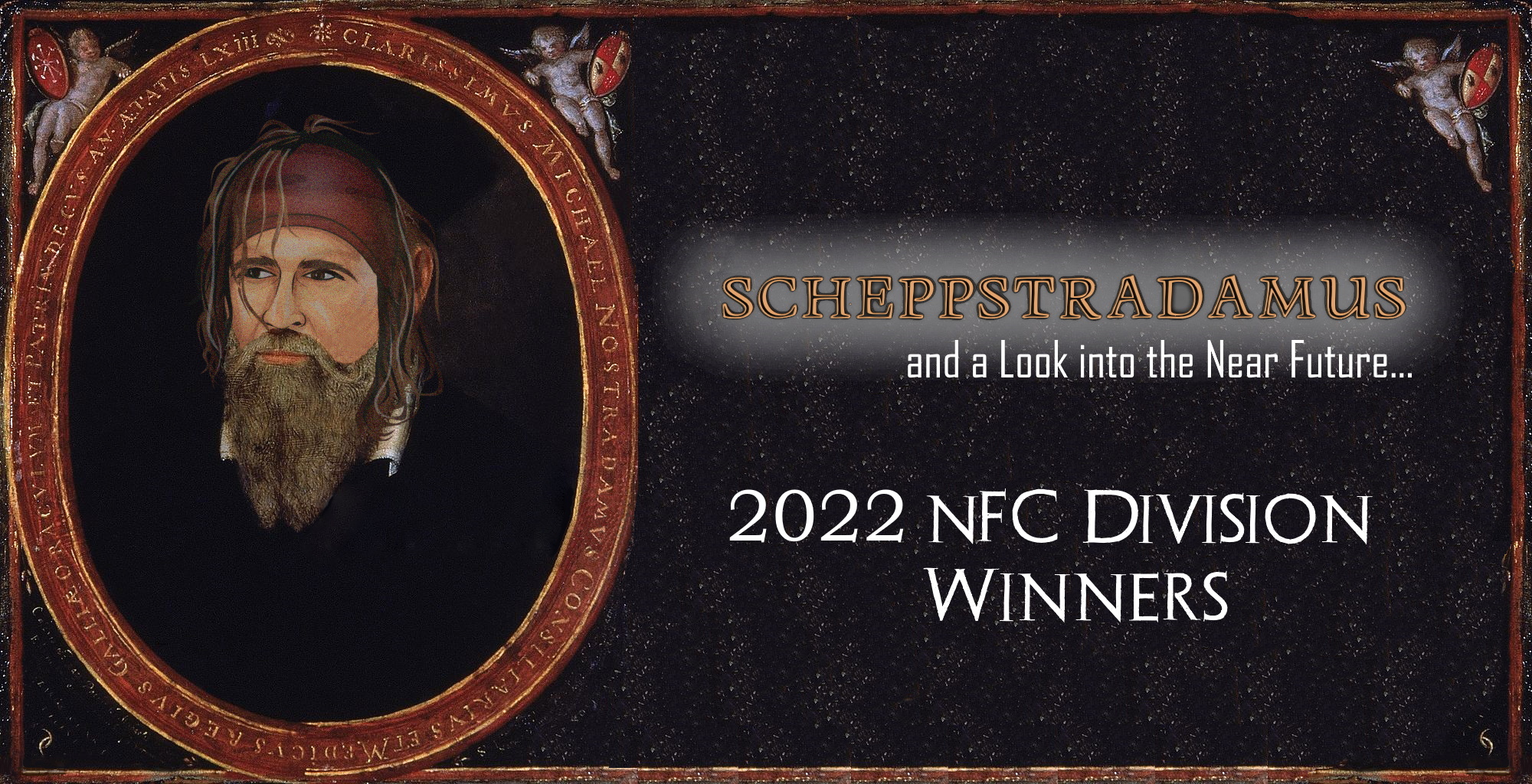 After diving deep into the depths of my crystal ball to decipher the visions presented to me and proclaiming who will be crowned division champions of the AFC, a strong rest was in order. That rest took place in Canton, Ohio…the land of no birds (like, for real, we didn’t see one bird while we were there). I have emerged from said rest like a phoenix from the ashes and I am once again ready to gaze upon my crystal ball to discuss the divisions of the NFC.

At this moment, the Chicago Bears are doing their best to be labeled as the worst run franchise in all of football…and that says a lot. Their latest move to secure that title was to piss off their best player, Roquan Smith, by not signing him to a long-term deal. Every week Justin Fields will be looking like John Snow in the Battle of the Bastards. Only in this scenario, Sansa will not be bringing an army to save him. The Lions are up and coming and I do believe, behind the leadership of Coach Campbell, they will be playing a better brand of football. They are the biggest unknown in this division and they just may surprise some people. Green Bay will be relying heavily on their defense and rookie wide receivers which will be a new experience for them. Their defense has shown it can carry the team but now it will be expected to. Aaron Rodgers is still a bad man but like the wise Gisele Bundchen once said, “he cannot f***** throw the ball and catch the ball at the same time”. Ultimately, the viking horn will sound at the end of the regular season. An offense led by Justin Jefferson and Dalvin Cook will be one of the best in the NFC. The defense, led by a healthy pass rusher Danielle Hunter, veteran Harrison Smith, newcomer Za’darius Smith and rookie Lewis Cine, will provide a stout presence when the weather gets cold and points are hard to come by.

The Seattle Seahawks are one of the teams that will be vying for the number one overall pick this year. I think they know, just like the rest of the world knows, that this division no longer belongs to them. The Arizona Cardinals have been surrounded by a bit of a dark cloud. Just when you thought things were looking up after the Kyler Murray signing, news comes out about some interesting requirements built into his contract. After that, newly acquired wide receiver Hollywood Brown gets arrested for speeding. This team has a lot of potential and a boatload of young talent, but they have not yet proven they can play a complete season or that they can avoid controversy. The Los Angeles Rams just keep getting richer. They win a Super Bowl and have to watch Odell Beckham head to free agency (though he may possibly return) and Von Miller leave for Buffalo…so what do they do? They signed Allen Robinson and Bobby Wagner. What I envision possibly getting in the way of the Rams is two things, one being that things could seem a little too easy for them and two being that the 49ers are absolutely hungry and chomping at the bit. The San Francisco 49ers have passed the torch from Jimmy GQ to Trey Lance. In the past we have seen young mobile QBs have their best year in year one, when defenses do not have much film on them. Lance will be accompanied by stand out wide receivers Deebo Samuel and Brandon Aiyuk as well as elite tight end George Kittle. Behind Lance will be a stable of running backs that could legitimately all have running back one seasons if given the opportunity. The defense, led by stars Nick Bosa and Fred Warner, will help them play dominant football and take the west from the Rams.

I do not need a crystal ball to see that the Falcons are in a rebuild. After moving on from Julio Jones and letting go of Matt Ryan, the team will look a lot different. Marcus Mariota will do just enough to keep the Falcons out of the laughing stock of the NFL and the receiving combo of Kyle Pitts and Drake London will make for must-see TV. The Carolina Panthers, on the other hand, are harder to read. They passed on a QB 2 years ago when they were in a prime position to take one. The moves from Sam Darnold and Baker Mayfield lead me to believe that the Panthers think they can compete. The defense will be a top 10 unit this year and will keep them in games but the offense will struggle to establish an identity. The Buccaneers seem to be a team that everyone is picking to be back in the NFC championship game, but that is not what I see. Their interior O-line is in trouble and that will make things difficult for Tom Brady, who struggles when under duress from interior pressure. Their defense will still be stout against the run and the offense will still be decent through the air, but it will not be enough to earn them the division title. The New Orleans Saints have added Tyrann Mathieu and Jarvis Landry, 2 of the grittiest veterans in the league. I see these two players completely shifting the attitude of this roster. Michael Thomas is back and has looked healthy, Alvin Kamara will likely not be suspended and Chris Olave will provide some juice to that offense. The Saints have had the Buccaneers number and, this year, they will take the division title.

The NFC East is one of the hardest divisions to predict because it is very rare that the division has a back to back champ. The New York Giants had one of the best drafts in all of the NFL. Daniel Jones will have his best supporting cast since he came into the league, but that simply means we will finally know that Daniel Jones is the problem. The Washington Commanders were a sweetheart of mine last season but their defense did not live up to the expectations I had. I do believe the defense gets better this year but it will not be enough to carry an offense led by Carson Wentz. Carson Wentz could not get it done in Indy with one of the best offensive lines in football and one of the best running backs in the league. The Philadelphia Eagles have added AJ Brown, Haason Reddick, Nakobe Dean, Jordan Davis, and James Bradberry to their roster. These moves will take them to the top of the pack this season, but the inconsistency of Jalen Hurts will cost them and prevent them from stopping Dallas from repeating as division champs. The Cowboys lost a few players this season but, if you look at it more deeply, it was ultimately addition by subtraction. The Cowboys feel the turnover in the locker room has laid a foundation for a much tougher football team that will ultimately withstand the grueling tests of the season. Ezekiel Elliott looks to be in great shape and Tyler Smith should help the ground game significantly. This alone bodes well for Dak Prescott, who has played his best football when the running game demanded respect. Micah Parsons is an absolute monster and will rise from under the bed of opposing quarterbacks and give them nightmares week in and week out.