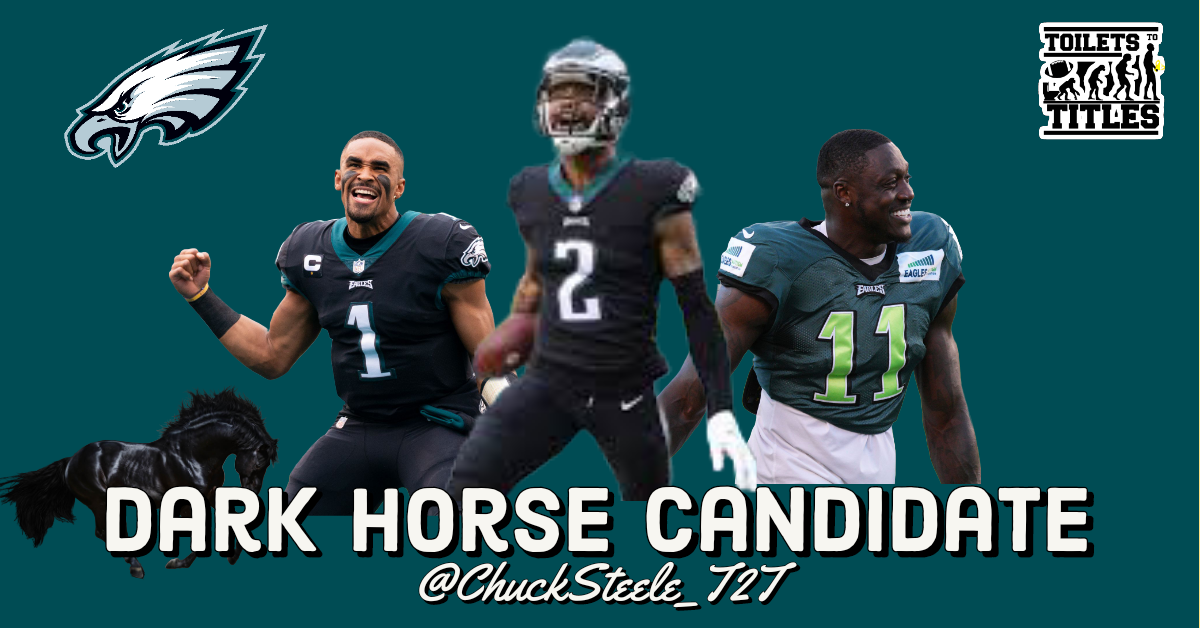 It seems every year there’s a team that exceeds expectations. It can happen rather fast, and people get very surprised when one of last year’s mid to bottom teams turns into an offensive powerhouse. Some teams just play their cards right with the development of their youth, the addition of proven veterans, and a staff with an open mind to adapt and change.

Let’s take a look at the past two years. In 2019 the Buffalo Bills were a bottom-dwelling offense. There were question marks around Josh Allen’s development and if he could take the  Bills to the next level after a wildcard loss to the Houston Texans. During the 2020 offseason, the Bills traded a haul of picks, including a 2021 first-rounder to the Minnesota Vikings, for star wideout Stefon Diggs.

The NFL wasn’t ready for what happened next. In 2020, the Dark Horse Bills came galloping in, full force ready to leave their mark. The Bills skyrocketed from 24th in offense in 2019 to 2nd the following year. The addition of Diggs and Josh Allen adding accuracy to his arm strength provided the Bills with a whole new attitude that still carries over into the 2022 season.

2021 ran to the beat of a different drum. This wasn’t a weekly onslaught of points, yards, and carnage but more one of determination, grit, and turning it on when you needed to the most. After finishing as a bottom 5 offense in 2020, the Bengals clawed their way back into the light of respect in 2021. Joe Burrows’ ACL tear in the 2nd half of his rookie year did not affect his leadership nor talent, as he led the Bengals on a trip to the Super Bowl.

He didn’t do it alone. With Tee Higgins going into his 2nd year at wideout, the Bengals also added Burrows’ star teammate in college, Jamar Chase. Add in a healthy Joe Mixon and the Bengals enjoyed quite the season. After having dominated the 2nd half of the season offensively, Burrow and company eventually lost the big game to the L.A Rams. It’s a good bet that they will be in the title hunt again, wanting to return and hopefully come out on top.

Queue 2022. Looking at the recipe of these teams over the past two years, who is primed to take that next big leap? This Horse for 2022 won’t be running in any race. Instead, we will see this year’s recipient of Chuck’s Dark Horse fly (Eagles fly) across the finish line. You read that right. This year’s Dark Horse is the Philadelphia Eagles. Erase your question marks around this team. I’ll tell you why.

Yes, the Eagles were middle of the road offensively last year but this team has made all the right moves and can easily see a jump into the top 5 of offenses this year. With the addition of A.J. Brown and Hurts getting his first full season as a starter under his belt, Philly can very well contend not just for the NFC East Title, but possibly push it a bit further. It all starts with their general, Jalen Hurts.

2021 was Hurts’ first season as a full-time starter for the Philadelphia Eagles and it was almost as expected. He was electric with his legs making things happen on the ground, but was nothing to jump for joy about when he was throwing the ball. He finished the season 21st in passing yards with 3,144, completing 61.3% of his passes and adding 16 touchdowns and 9 picks. He was fantastic taking off on the run, however, notching 754 yards rushing as a QB and punching in 10 scores. If Hurts can do what a QB should do just a little bit better, throw the ball, then the Eagles have a chance to take massive leaps.

In an attempt to make things easier for Hurts, the most obvious move was the addition of A.J. Brown. Brown can help improve any quarterback, especially one who is lacking a true WR1. He’s a 1,000-yard receiver who can turn in 10+ touchdowns a season. The addition of A.J. Brown will not only help Jalen Hurts, he will also relieve pressure all around the team.

Last year, former Heisman winner Devonta Smith had himself quite a successful rookie season. You might have overlooked it with how dominant fellow rookie sensation WR Jamar Chase was. Smith pulled in 64 receptions for 914 yards and 5 touchdowns. He even has a chance to take it to the next level with more attention being paid to Brown. Hurts now has a chance to have two players achieve 1,000-yard seasons.

Dallas Goedert can also reach career highs this year, being the main TE target after the Eagles traded Zach Ertz early last season. Ertz is still a talented tight end. With him gone, Goedert can build off his 830 yards on 56 receptions from last season. He’s an easy target to find when Brown and Smith are busy stretching the field.

With all of these options to throw to, can the Eagles’ line give Hurts the time he needs to find these options? The answer is yes. Philadelphia is coming into the 2022-2023 season with the #1 ranked offensive line. Behind Jason Kelce, Lane Johnson, and Issac Seumalo, coming back from injury, the Eagles should have more success in their pass blocking and much better production from their backfield. Sanders should rebound this year with pressure being lifted off every position on the team and a much improved, healthy line.

They have a squad that turns heads. After improving their weak points they can focus on building their strengths. Now, if this staff can coach the team up and tap into their full potential like I think they can, it’ll be no surprise when the Eagles roll out one of the best offenses this year and come out on top as the 2022 Dark Horse Offense of the NFL.