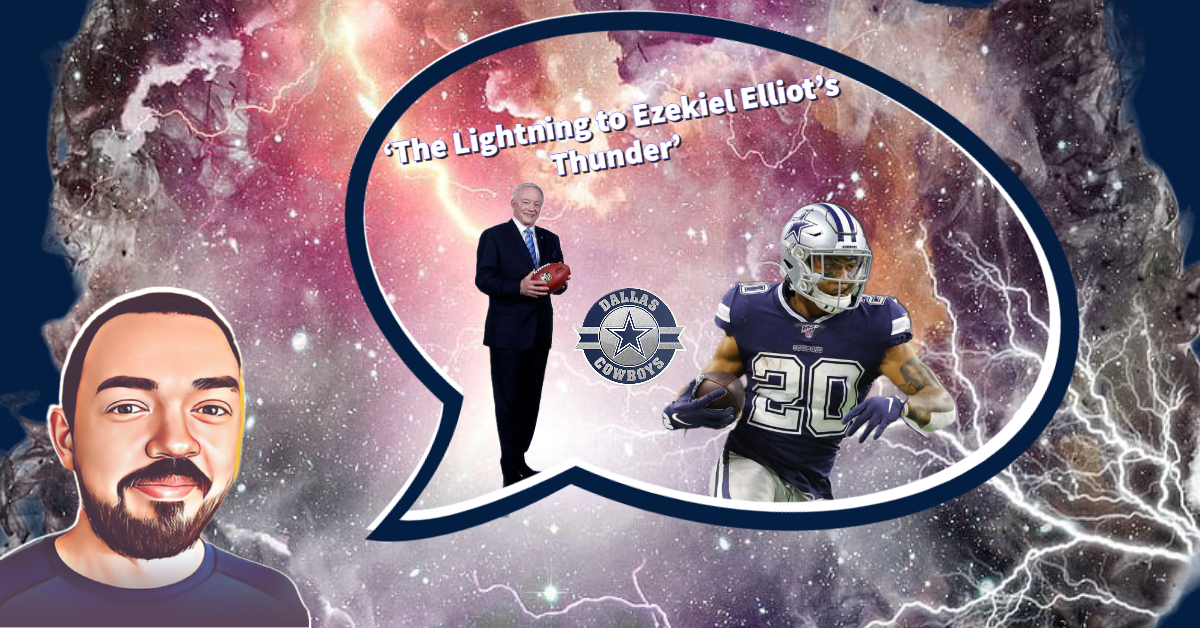 The Lightning to Ezekiel Elliot’s Thunder. If every backup QB is the favorite player on a home team at times (especially true in Philadelphia) then Pollard had to be the favorite player of many Cowboys fans last season. An explosive runner who always looked one gap or hole away from taking it the distance. That has led many of us within the fantasy community to wonder: What happens if Pollard was RB1? Does that make him a top 12 RB? Looking back at his 2021 season I believe the answer to be yes within that offense. He has gradually been more integrated within the offense from 101 touches his rookie season to 129 his 2nd season to 169 last year. His performance has warranted the increase in role with a career yards per carry of 5.1 and, for those who view him as more of a change of pace back, he has been over 2.5 yards after contact average his entire career, showing that it is more than just the offensive line and he has the ability to churn out yards after contact. Viewed by some as the ultimate handcuff running back, he showed last year that he has stand alone RB2/Flex potential. He hovered between 9-12 PPR points in most games with 4 standout games of 15+ PPR points. I believe his role increases in the upcoming season as the team becomes more cognizant of Ezekiel Elliot’s healthf, given him soldiering last year with several injuries. Given historical increases over his past three seasons, I project his carries to go up to 160 and his targets to increase to 55 next season. But given his increasing role and ultimate handcuff status, does he warrant his current ADP?

Being drafted at RB29 and 83rd overall I would say the cost is slightly inflated due to the expectation of increased role and a reaction to Zeke’s injury plagued 2021 season. An increased role will generally result in decreased efficiency. And the one role, barring injury, that he won’t make much movement on is Zeke’s goal line carries, which is what kept Zeke viable through the second half of last year. I currently have Pollard at RB32 and would draft him in the middle of round 8. I wouldn’t draft him if I had Zeke as I believe that much investment in one backfield hampers your ceiling. Kareem Hunt and Chase Edmonds are both being drafted behind Pollard. All 3 are in timeshares or tenuous situations in their backfields. But Edmonds provides RB1 touch potential without an injury and Hunt has shown an ability to put together multiple top 12 weeks sharing carries with Chubb and will have Jacoby Brissett’s inclination to dump the ball down for at least the first 6 weeks. But drafting Pollard could be a league changing decision. He has the most upside of any handcuff RB you will draft. The Cowboys offense is built on running the ball and they have made significant investment in their offensive line. Pollard has top 8 RB upside if Zeke gets hurt. For me, however, last year showed that Zeke will play through all but the most grievous of injuries and they remain committed to him regardless of Pollard being statistically more efficient. So I’m risk averse at the price. But as training camp approaches and other backs’ ADP rise and backs like James Cook and Rashaad Penny creep up in ADP, he will likely fall as people believe he has a defined role. Pollard is more valuable than these backs, in my opinion. Also, always evaluate the amount of risk a person is willing to take. I am more risk averse with my middle round picks. I use late round picks for upside, which is why I fade on Pollard. It is risky to look at the stats of 2021 and not factor in that Zeke was hurt and averaging less than 4 YPC on a regular basis. And that the jump from Flex to RB2 may need a significant reduction in Zeke’s volume given that Pollard is unlikely to get goal line carries. Many Handcuffs are league winners or released to the waiver wire. Pollard is more League Winner or Flex.