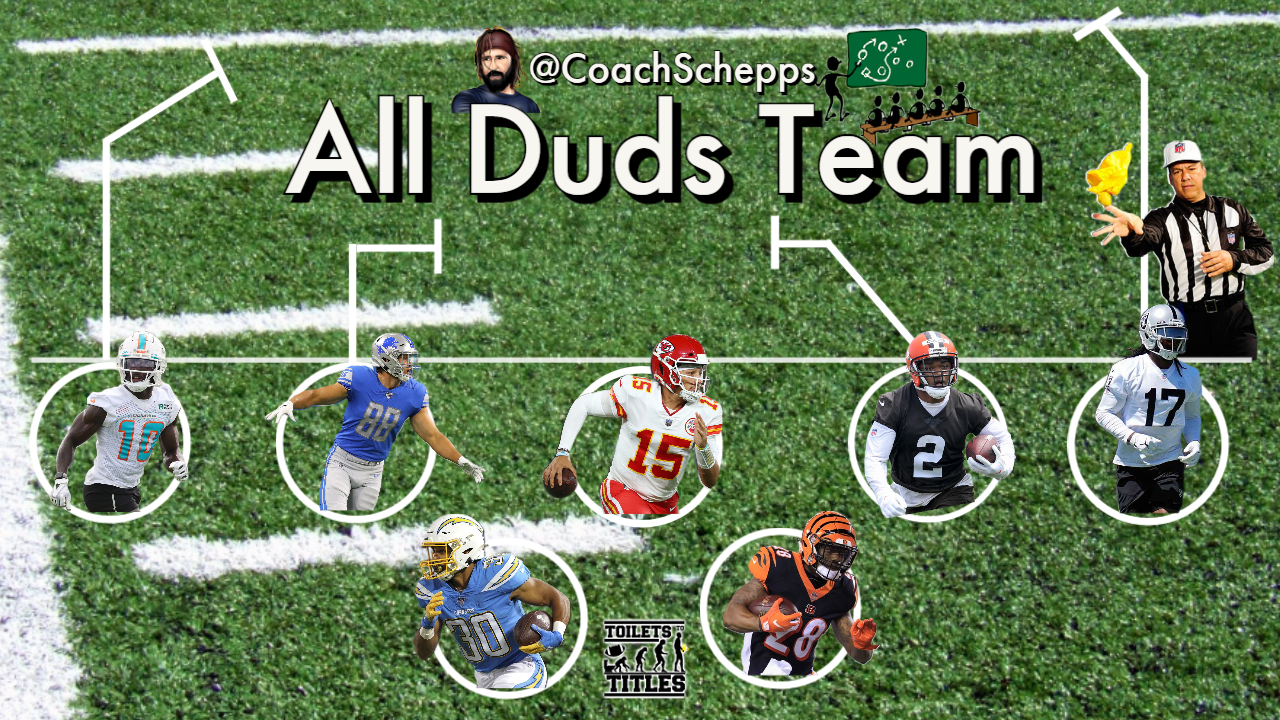 In my previous article, I listed players I felt all Fantasy Football players should be targeting this season. We all know you can not have the good without the bad, the yin without the yang. Below I have listed the Duds, the players I feel you should avoid at their current ADP. Some of them will finish top 10 at their respective positions but given where they need to be taken in order for you to roster them, I do not think it will be worth it.

Patrick Mahomes is going to finish the season as a top 10 QB, I am not trying to say that won’t happen. What I am trying to say is, if you pass on a guy like Patrick Mahomes, who I expect to struggle a bit due to the loss of Tyreek Hill, you can get more value in the early part of the draft. In superflex, if you pick top 4(Mahomes ADP is 4), you can land a guy like Cooper Kupp (SF ADP 6) or Christian McCafrey (SF ADP 10) and still end up with Matthew Stafford (SF ADP20) or Jalen Hurts (SF ADP 21), both of which I expect to score similarly to Mahomes this season.

If you read my previous article, you’ll know that I am very high on Derek Carr this season, and rightfully so. He’ll have his best supporting cast to date, and this cast will be led by Davante Adams. Davante Adams is still a bad man but this situation will not be like the one he came from in Green Bay. Darren Waller and Hunter Renfrow will both demand targets and will eat into a share of receptions that fantasy players who roster Adams have grown used to acquiring. I do not expect a massive drop off but there will certainly be a drop off.

It is up in the air whether or not Chris Godwin will start the season but he is not the only question mark for the Buccaneers, their interior offensive line has been decimated and Rob Gronkowski has retired. Brady keeps defying the odds and many may think it not wise to pass on him here. I am avoiding him at his current ADP and targeting guys like Matthew Stafford(SF ADP 20, Redraft ADP 98) & Derek Carr(SF ADP 34, Redraft ADP 114).