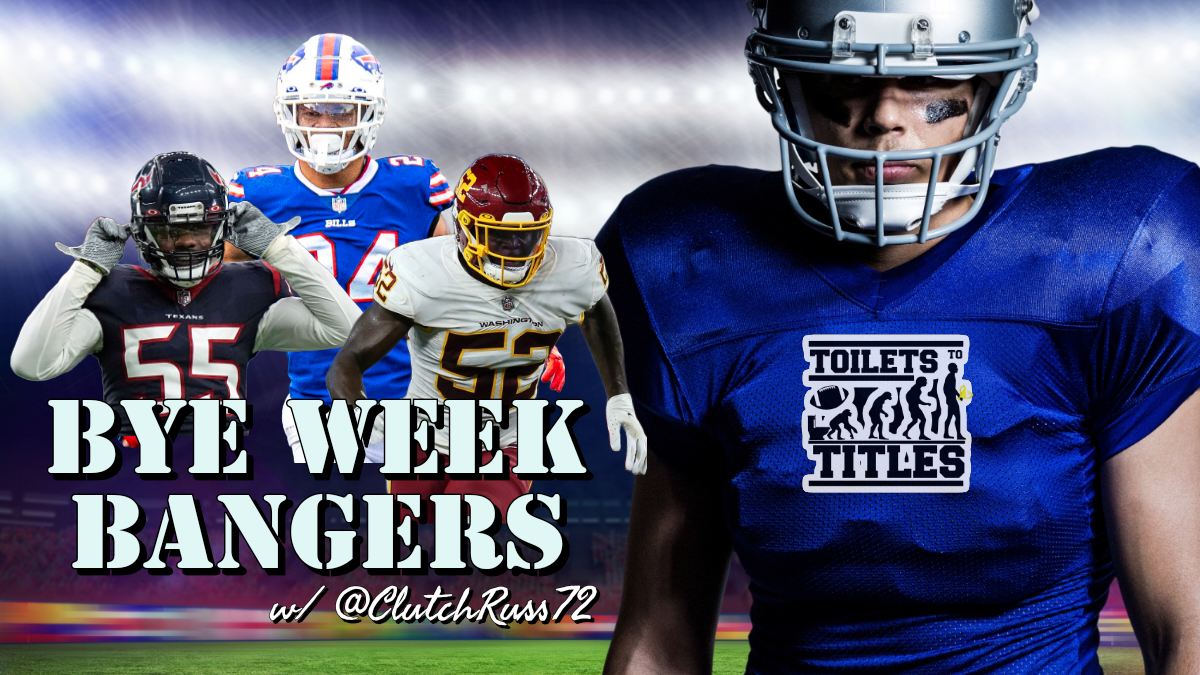 I’m a big fan of this man, I wish he had stayed in Buffalo…but I digress. Hughes started the season on fire and then became a little hit and miss. Over the last three weeks he has caught fire again and has provided 2 tackles for loss and a sack in each match-up. To get me by no pun intended Hughes against Washington I like my chances for him to keep that streak going.

When Davis was coming out of the University of Kentucky, I was a big fan of his. Davis is starting to break out, unfortunately his shine is showing in the absence of another favorite of mine, Cole Holcomb. Over the last 4 weeks, Jamin has 25 tackles and 4 tackles for loss. Davis and the Commanders will be facing a Texans offense that loves to run the football which should give Davis plenty of opportunities for tackles.

Over the last three weeks, Johnson picked up at least 5 tackles, in two of those weeks 5 tackles were solo. With a tackle for loss in those two weeks, Johnson has shown he is capable of making a game breaking play from the DB slot that could potentially win your matchup. After the Bills took a loss against Minnesota last week, I believe that defense will be out for blood. The Bills will be facing Cleveland this week and in my opinion, there’s no better way to stop Nick Chubb than Johnson regularly coming off the edge.

Kirksey is averaging no less than 6 total tackles over the last 4 weeks. Christian definitely won’t lose you the week, he maintains a good floor of 10 plus fantasy points. This week, Kirksey and the Texans matchup against Washington who have a run game that should allow Christian to continue to have a high floor.

Damar Hamlin, DB, Buf – (22FP) 8 solos 3 assists and a tackle for loss. Hitting on this upset me because I missed out on him since Fitzpatrick has appendicitis.

I owe a big apology. I didn’t see the Martinez retirement prior to writing the article, it hurt my soul! I promise to keep moving forward and to make up for that miss by helping you make a strong playoff push!