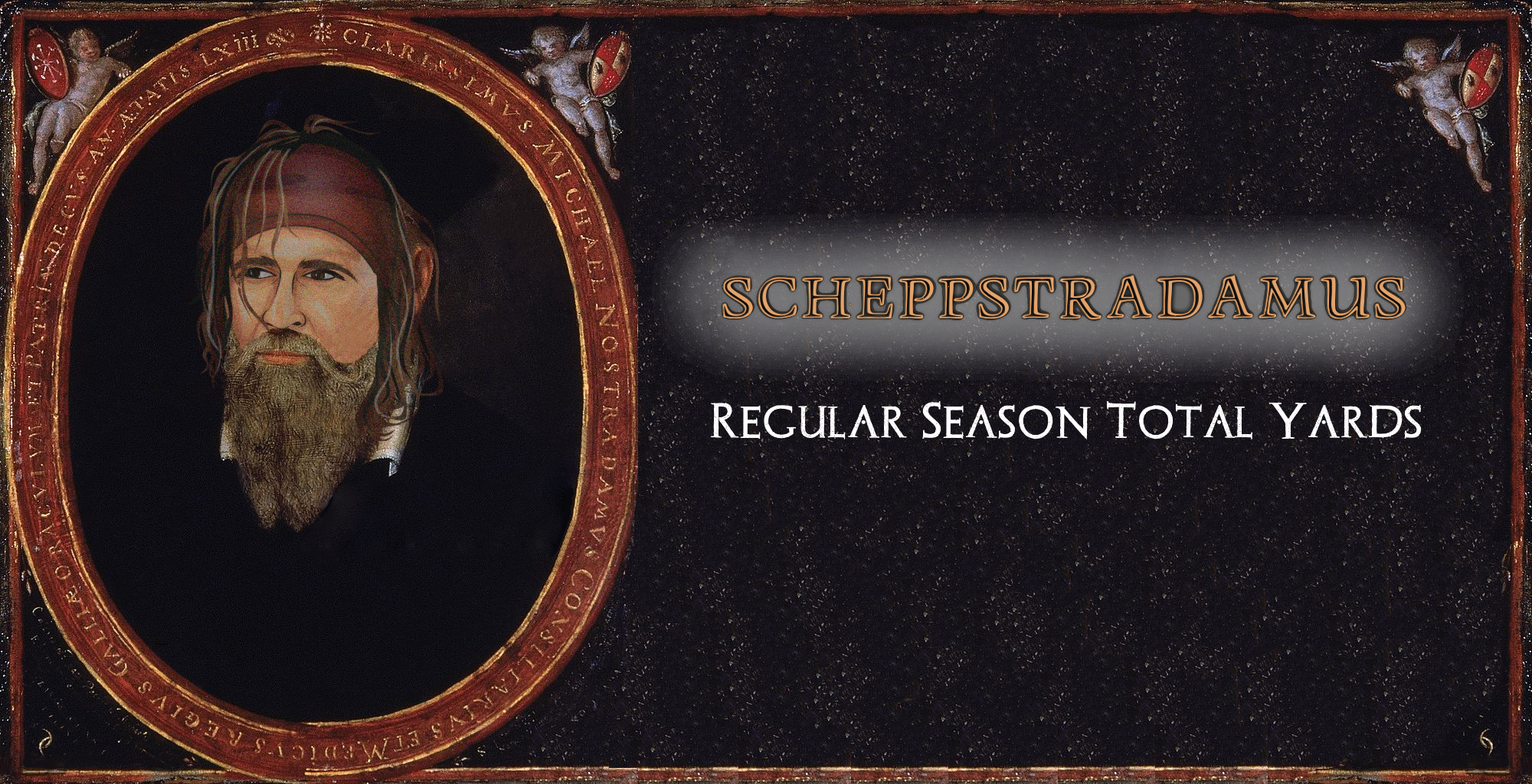 Scheppstradamus and a look into the near future…2021 NFL Individual player total yards over/under.

In the last article of this series, I handed out the Vince Lombardi trophy, the MVP award and the rushing title. In this article, I will be discussing players that I predict will be going over their projected yard totals in this upcoming 17 game NFL season. There will be yards gained, lots and lots of them.

Viska is one of the players I’m touting as a major breakout candidate for the 2021 season. Looking back on his time at Colorado, it was clear he is a true X receiver. He has the ability to get behind the secondary consistently on vertical routes while also being able to take short or intermediate routes the distance by breaking multiple tackles on his way to a big play. Shenault played in 14 games last year as a rookie, starting in 12. He finished the season with 600 yards and averaged 10.3 yards per reception. Shenault will quickly become Trevor Lawrence’s favorite target this season, I expect him to finish with no less than 1000 yards receiving. To me, he hits the over here quite easily.

As a rookie, with an aging Larry Fitzgerald and an average Christian Kirk as his top receiving targets, Murray threw for 3722 yards. In his 2nd season, with the addition of Deandre Hopkins, his total passing yards for the season went up to 3971 yards. Heading into year 3, they’ve added playmaker Rondale Moore and have replaced Larry Fitzgerald with AJ Green. While we know what to expect from Deandre Hopkins, I don’t think enough is being expected from Rondale Moore. Rondale is a big play waiting to happen and in that offense where there will be a lot of broken plays, Kyler is going to have a field day throwing the ball deep to him. Kyler will throw for at least 4200 yards this season and hit the over.

Have you heard that Zeke is in the best shape of his life? Or have you been living under a rock for the past month?  You might be saying, “Ya, Ya, Zeke looked washed up last season and didn’t even hit 1000 yards.” That is fair. He didn’t run for 1000 yards, he rushed for 979. We need to keep in mind that he did get Covid last summer, his offensive line was in shambles all season, he was without his stud QB/best friend Dak Prescott for 10 games, and only played in 15 games himself. La’el Collins and Tyron Smith are back, fully healthy. Dak Prescott is back and is expected to be fully healthy. Ceedee Lamb is emerging as a star wide receiver. Zeke has a lot of great things going on around him and he should benefit from them immensely. Elliott will average about 18-20 carries a game this season and he will go no lower than four yards per carry. I expect Zeke to go over 1300 yards on the ground, putting him well above 1125 and crushing the over.

Monty is one of the most disrespected players at running back. Ok, he’s not super flashy but man, does he get the job done. Last year in Chicago, that offense was a disaster and he still ran for nearly 1100 yards. The Bears have since added two draft picks that I believe will help Montgomery this season. The first being Justin Fields. Fields will improve the passing game. Thus, taking less pressure off of Monty and forcing the defense to consider stacking less defenders in the box. The second was Tevin Jenkins, OL from Oklahoma State. Where Jenkins lacks is his pass protection but as a run blocker, they don’t get much more physical than him. I believe Montgomery will be seeing clearer rushing lanes this season and I wouldn’t be surprised if he tops 1100 yards on the ground. David Montgomery will hit the over.