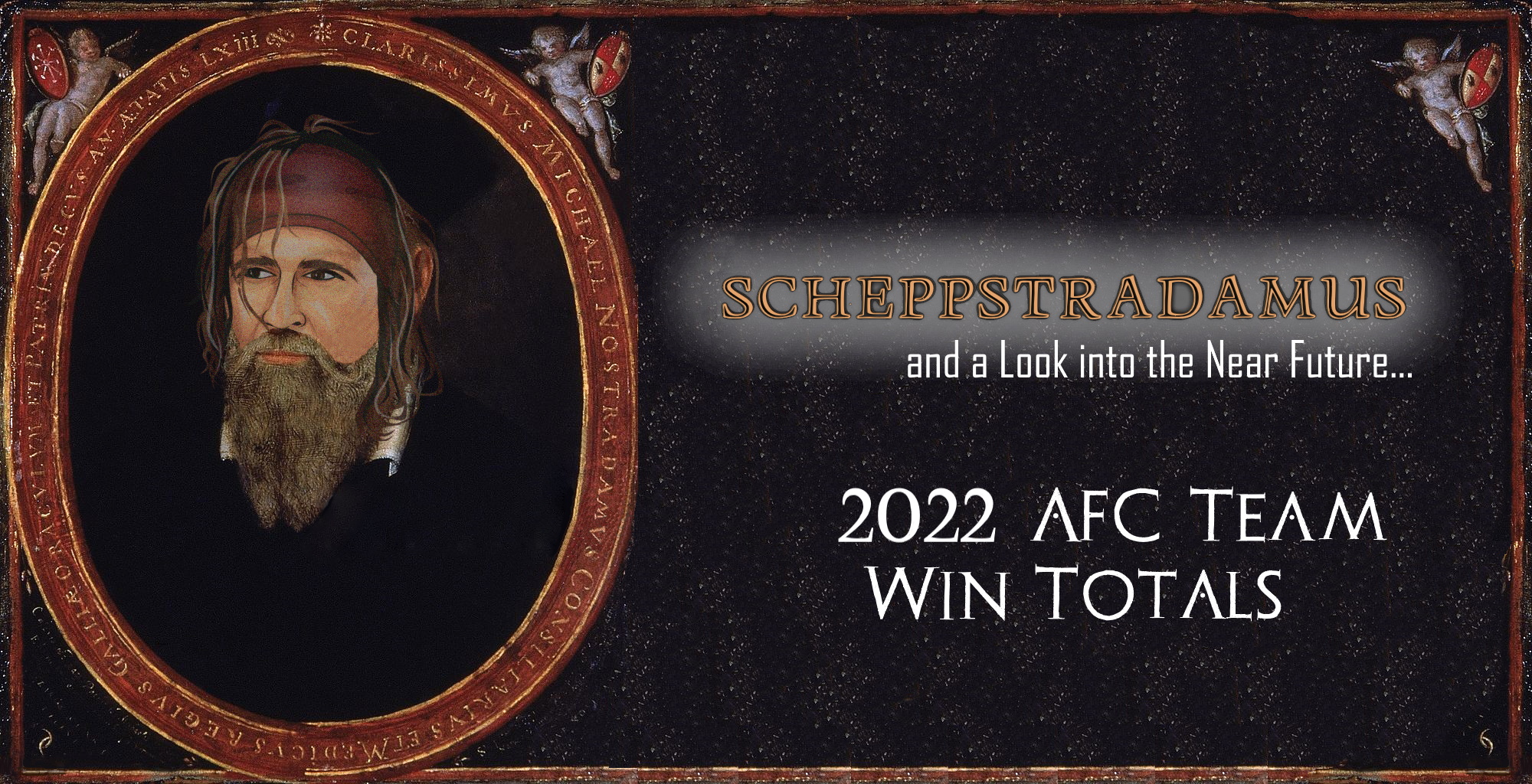 With another off-season beginning to end and trees preparing to shed their leaves as a lizard sheds its skin when growth has commenced, we are once again met with the boys of summer being shown the door so the men of fall may enter. It is time for Scheppstradmus to gaze upon his ball made, not of leather, but of crystal, and predict which NFL teams will go above or below their win total projections for the 2022 season.

The Colts finished 2021 with 9 wins and this season the bar has been set at 9.5. Jonathan Taylor has taken a step from good to great and is now viewed as one of the elite backs in the NFL. With the addition of veteran Matt Ryan and an offensive line geared to be ranked in the top 5 across the league, I expect the Colts offense to prosper in ways Indianapolis faithful have not seen since the retirement of the bearded one, Andrew Luck. Though Darius Leonard is expected to begin the season on the PUP list, the emergence of Bobby Okereke should steady the ship through the stormy night of Leonard’s absence. New faces such as Yannick Ngakoue, Stephon Gilmore, Alec Pierce, and Nick Cross will provide a surge of energy and help lift the team past its 9-win total from last season.

As I rub my crystal ball once more, the fog lifts to reveal I am again gazing upon the South, to a team that has seemed built for the playoffs the last few seasons but have failed to reach the summit when the opportunity has presented itself. I expect Indianapolis, Jacksonville, and Houston to all take steps towards improvement this season, and neither of those 3 teams will be easy wins like they have been in years past. King Henry, the TITAN of all Titans, is returning from a foot injury that forced him to miss 9 games last season. Henry turned 28 in January and has amassed 1400 carries since entering the NFL. The days of putting the Titans on his back may be numbered. AJ Brown looked as if he was going to help carry that load and be a lightning rod for the offense but the thunder has sounded and his time in Tennessee has ended. Controversy may be on the horizon as well with rookie Malik Willis peering over veteran Ryan Tannehill’s shoulder and the crowd potentially roaring for his appearance after the first sign of trouble. All of these combined ingredients will create what I expect to be a tumultuous and turbulent season for the Titans.

The next vision I have been presented is a long, tall reed rising out of the ocean. In this ocean, surrounding this reed, is a pod of dolphins. And like the reed, the Dolphins have grown this off-season. They acquired Mike McDaniel to help lead them into battle this season and brought in veteran speedster Tyreek Hill. Hill and Jaylen Waddle will emerge this season as one of the most dangerous duos in the NFL. The Dolphins will likely deploy an RB by committee approach similar to what we’ve seen in San Francisco over the last few seasons. Though this may be frustrating for Fantasy players, I believe it will result in a successful ground game. This is a make-or-break year for Tua Tagovailoa, and it looks like he has all the tools at his disposal that he needs to succeed. Look for young players such as Jaelen Phillips, Channing Tindall, and Jevon Holland to emerge as driving forces for the defense.