My Rules For Setting Your Lineup 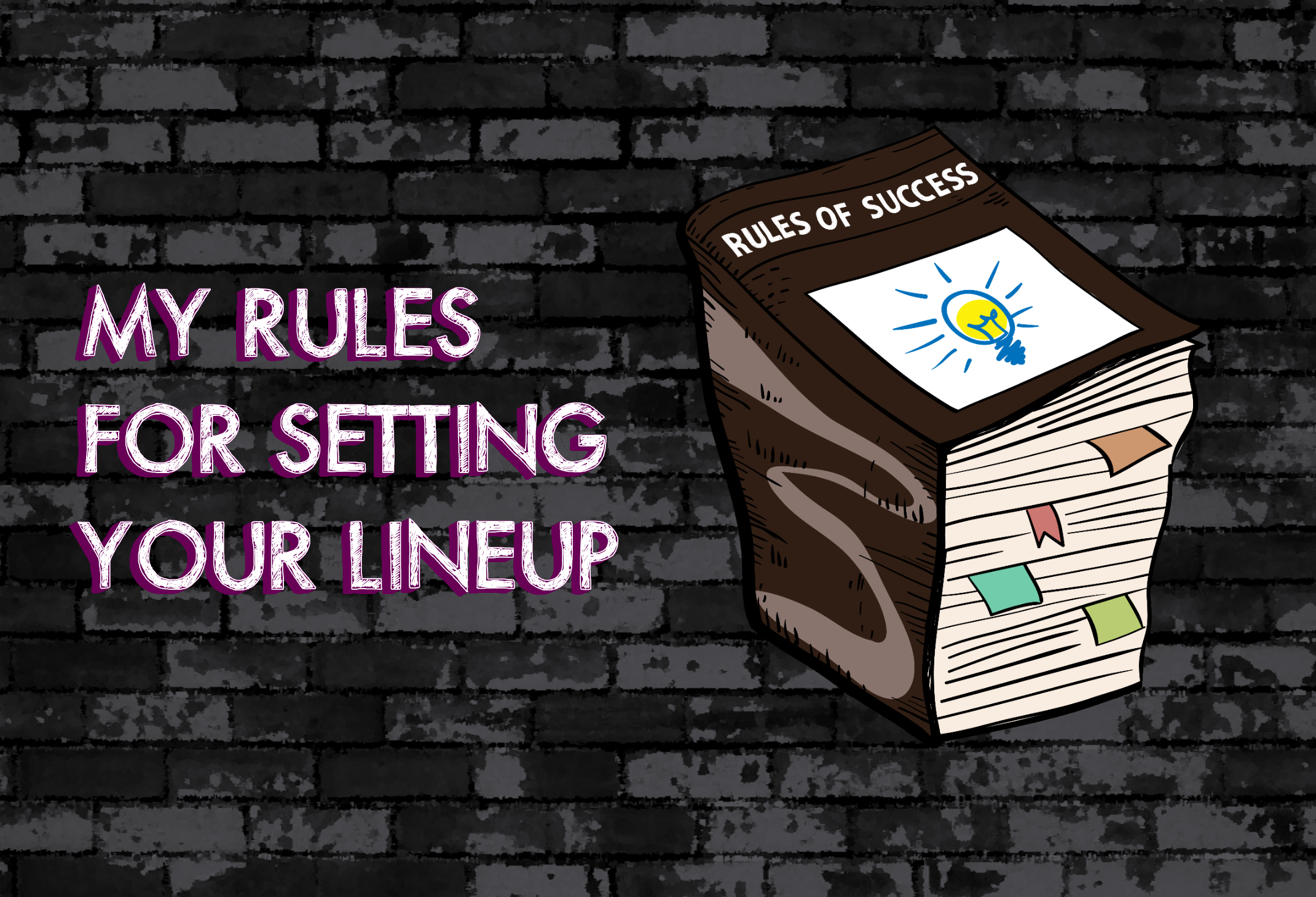 Setting your lineup and team management throughout the fantasy season is far more crucial than the draft itself.  The draft is the time to try and set yourself up with a reliable roster you like and with which you are comfortable.  The draft is the easy part.  The hard part comes every week when it’s time to set your lineup.  I have a few cardinal rules I have developed over my years playing fantasy football and I would like to share them.  In hopes, these rules can put you at ease when the season starts and help carry you to the playoffs.  Once you’re in the playoffs, all bets are off and you are on your own.  Go big or go home, come playoff time.  Of course, you need to make it to the playoffs first.  So, consider these rules when setting your own lineup each and every week.  Best of luck during the regular season!

Biggest thing to remember is, it is YOUR lineup.  You do whatever you want and make whatever decisions you want and can live with.  These are only suggestions I have found to work for me.  I hope they can help develop your fantasy acumen and help you evolve into a fantasy champion.

No-brainers and Migrainers – Week One
Blowouts in Baltimore