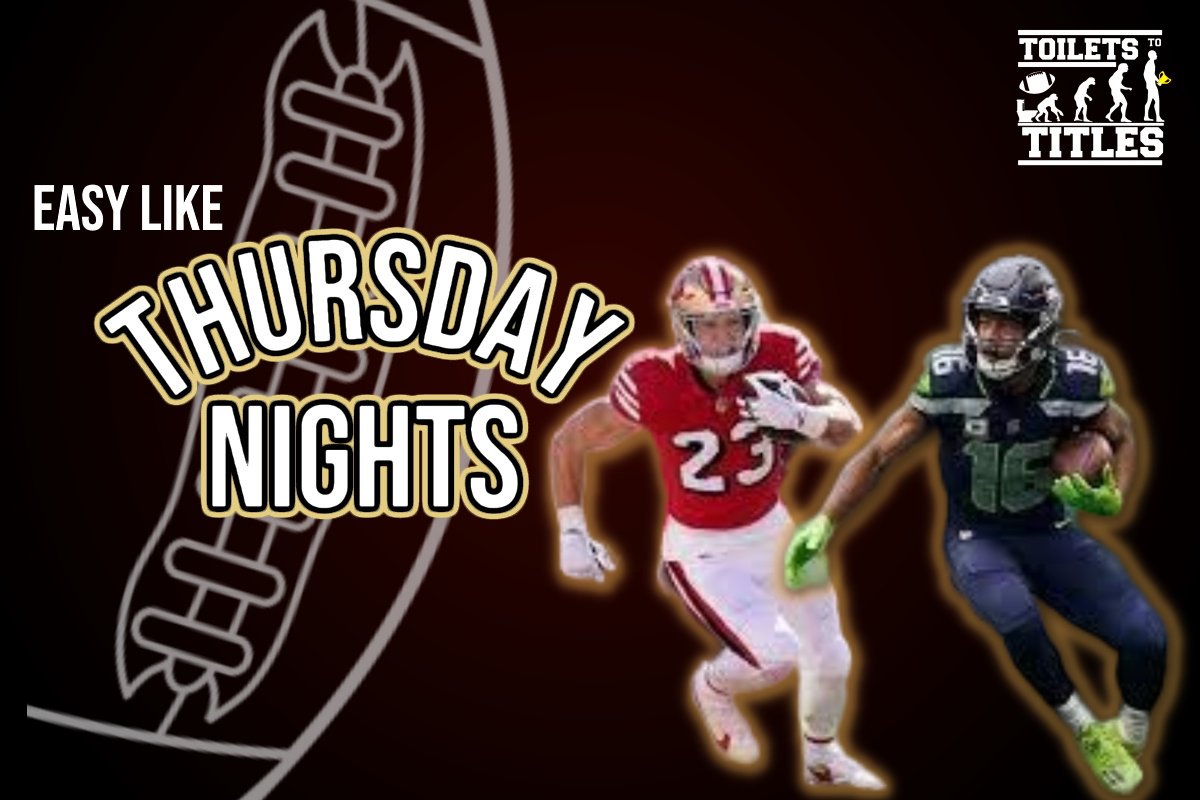 An early Christmas treat for all as we kickoff Week-15 with a crucial NFC matchup that will help determine both the NFC West division winner as well as NFC wild card status!

The 49ers travel to the “12th man” in Seattle against the Geno Smith-led Seahawks.  As to be expected, come Week-15, injuries are starting to impose themselves as we get closer to the playoff season and this game is no different.  Jimmy Garoppolo, Elijah Mitchell, and Deebo Samuel are all OUT for the 49ers, and the Seahawks are currently dealing with multiple injuries within their running backs group.

There are multiple players from these two teams enjoying successful fantasy seasons including CMC, Brandon Aiyuk, the 49er defense, DJ Metcalf, Tyler Lockett, Kenneth Walker III, and who can forget about the season Geno Smith is having?!?

For the single game contest Thursday night CMC, Lockett, the 49er defense and Kicker Robbie Gould are the priority plays for the week.  Lockett is on a 6 game touchdown streak that we know they will try to stretch to 7, which begs the question… is Lockett the most consistent 2022 fantasy receiver maybe outside of Justin Jefferson, Davonte Adams and Tyreke Hill???  Lockett always flies under the radar but continues to be a dependable 15-20 point option week to week.  With no Deebo we love Brandon Aiyuk sliding into the #1 WR spot and the Samuel injury also makes a WR Ray-Ray McCloud at only $1,200 this week a viable cheap play option. I am not trusting the QBs this week and it was alarming to watch Geno struggle to score points against Carolina without their top 2 RBs in the line up while we know the 49er defense is much better than Carolina’s.  That being said, Geno has gone for 20+ fantasy points 5 straight weeks so that’s good enough to make one of our 2 line ups even though we don’t like the match up!

RB Jordan Mason has also become an interesting fantasy option as CMC’s backup… We saw Elijah Mitchell have a couple of productive games behind CMC and we are now seeing the same thing happen for Mason whose carries have increased 4 straight weeks (4, 5, 8, 11 respectively)… Is this the week he finally gets in the endzone while San Fran tries to keep McCaffrey fresh for the playoff run?