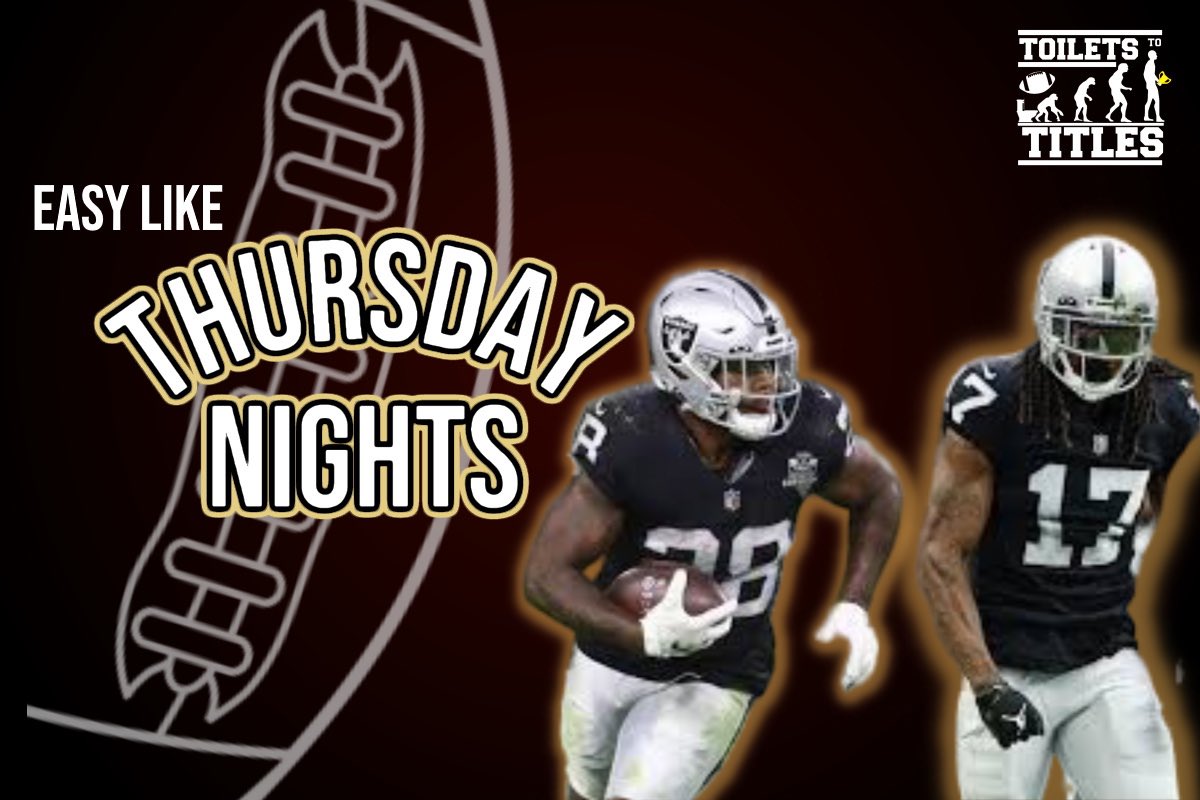 Back to the Thursday night usual, and two underachieving disappointing teams will match up in a crosstown rivalry as the hot 5-7 Raiders travel to SOFI to face the Rams.

Glass half-full… The Raiders have won 3 straight games (2 OT walk-offs included) and at 5-7 have at least played themselves back into wildcard contention (probably not but they still have reason to play hard).  Davonte Adams and Josh Jacobs are doing exactly what the franchise expects and needs from them, however the other 50+ on this roster are NOT!

From a fantasy perspective it really has been all about Adams and Jacobs, with a deep fall after that where Derek Carr would be considered their 3rd best fantasy producer.  On a good week Mack Hollins or Foster Moreau can give you enough production to be relevant but from a single game contest perspective we gotta get Adams and Jacobs in as much as possible, understanding that the rest of your line up will be filled out with cheaper plays.  The good news is this game is ripe with cheap plays at WR for both teams.  Additionally with the Rams so beat up on offense and not even knowing at time of this article who their starting QB will be, the Raiders defense at $5,200 feels worth it (potentially) even though we know the Raiders D to stink.  The Raiders also bring a viable option at kicker to the table as Daniel Carlson has scored double digit points 8 times this season, including the past 3 weeks, and clocks in at only $4,200… He is as close to a kicker “must-play” as you will ever see in fantasy football!

Well I guess I can procrastinate no longer and have to address and talk about this current version of the LA Rams roster and this one is no easy task!  First of all, we don’t even know who their QB will be Thursday night.  For those of you who have not seen the breaking news, former Cleveland/Carolina QB Baker Mayfield has signed with the Rams and could potentially start as could John Wolford.  Either way without Cooper Kupp, Allen Robinson and the rest of their first team offense we aren’t feeling warm and fuzzy about anyone here offensively.  Cam Akers did score 2 touchdowns last week on double digit carries so he could prove to be valuable at $7,800, but he could also go for 10 carries, 40 yards, 0 touchdowns and be a complete bust. Van Jefferson is #1 on the depth chart for the Rams and is only $6,400, but 41 yards is his game high so far this year.  Ben Skowronek will continue to see a fair share of targets but hasn’t eclipsed 30 yards in a game since week 6.