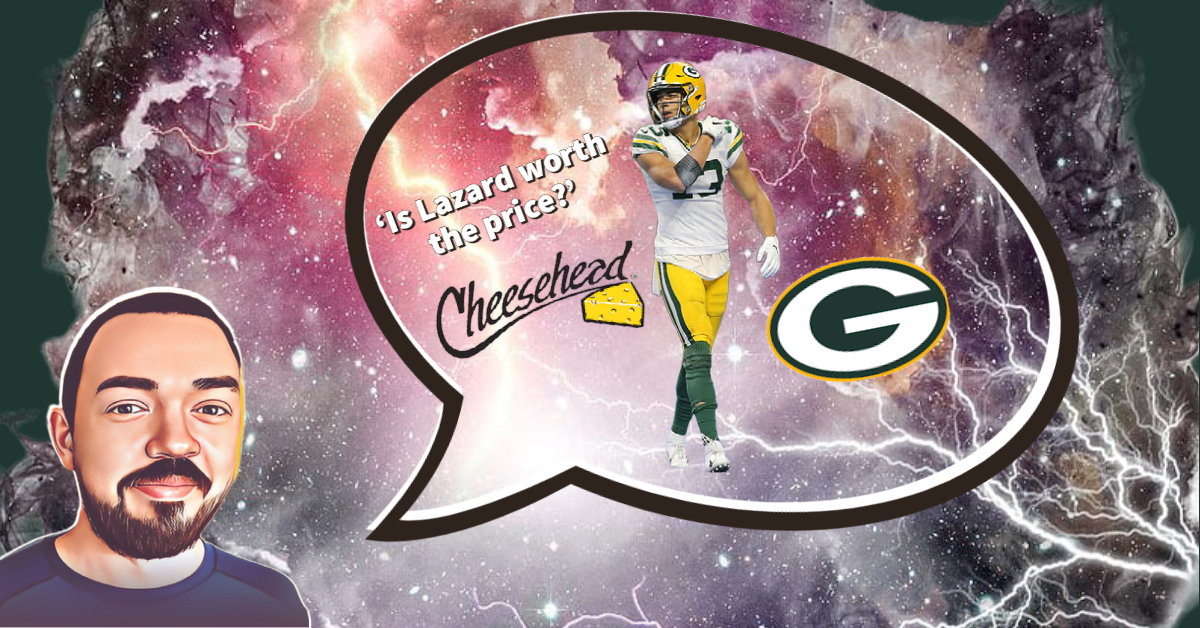 With the departure of Davante Adams in the offseason, the question that everyone has been asking is which GB WR should they draft, if any? Someone will be catching passes from the most talented QB of this era, Aaron Rodgers. The ADP answer is Allen Lazard. Given his strong finish to 2021, wherein 3 of his final 5 games, he had 19+ PPR points and was targeted 5 or more times, in all but one of those games. The sample size of games without Davate Adams in his 4 year career is only 4 games but it is highlighted by a 6-146-1 performance in Week 3 of 2020.  Showcasing the ability for big performances when needed. He saw a career high of 60 targets last year and should likely, almost, double that amount given the increased opportunity with 224 vacated targets  because of Adams going to Las Vegas and MVS going to KC. This leads me to project a 20% target share for Lazard which, even with the decreased passing volume of the offense, as they begin to rely on their defense and running game, leaves Lazard with 115 targets. For those that don’t believe it’s possible for a 5th year receiver to suddenly double his targets, the evidence is in the games in which Adams was absent, where Lazard averaged 6 targets per game. One of the advantages of playing with one of the best QBs in the game is a career catch rate of 68.6%.  This should only decline slightly with the more intensive coverages he will see without the alpha dog on the field. I’m projecting a 60% catch rate for 2022.

He also became a red zone threat last year with Robert Tonyan going down for the year, which led to a career high of TDs with 8, a trend I see continuing for the 6’5” receiver. He also improved his hands after a career high 5 drops in 2020 reducing the number to only 1 drop last year. Many will point to the Packers drafting Christian Watson in the 2022 NFL Draft as a sign that Watson will be the No. 1 receiver in this offense but Watson only has a career high of 42 catches in college at the FCS level and was largely drafted on potential due to being 6’4” and running a 4.39 40 yard dash. He will need time to learn the system and get accustomed to the speed of the game and the coverages NFL DBs will throw at him. Compared to Lazard who has improved every year and been rewarded with playing time, proved by his 73% snap rate the past two years, after 43% in his second year. While it may be the case, in the long run, Watson ascends to WR1, Aaron Rodgers’ history has shown that he prefers targeting receivers with which he has history. Many of Rodgers throws are predicated on the receiver knowing exactly where the ball will end up when he throws them open.

Now the question is, given the uncertainty of the offense and target share: Is Lazard worth the price? He is currently being drafted as WR47 and 110 overall per NFC ADP. For the potential No.1 receiver in the Packers offense, I see the risk being well worth the reward. Lazard’s floor, given his role, will likely be 10 PPR points but his ceiling is top 24 WR. In the 10th round of a draft, you are looking for bye week replacements and injury replacements. Lazard provides value as an excellent WR3/ Flex, unlike many of the other riskier options being drafted with similar ADP, like Skyy Moore and Robert Woods, he is healthy and is playing in a familiar system and has a QB[more importantly, Aaron Rodgers] who trusts him. He has improved, statistically, every year and has shown improvement in route running and hands. I would draft him a round earlier to secure a low cost Aaron Rodgers receiver with the upside of 100+ targets. I would target him especially if you have spent significant capital in the earlier rounds on positions other than receiver. If you, for example, spent your first 5 picks on 1 QB, 2 RB, 1 WR and 1 TE, I believe he will provide a safe floor that you can rely on week-to-week as your other positions have splash weeks and carry you. If you fade a position earlier in the draft your goal should be to secure safe points later in the draft that you can rely on and Allen Lazard given his projected role is that type of WR.