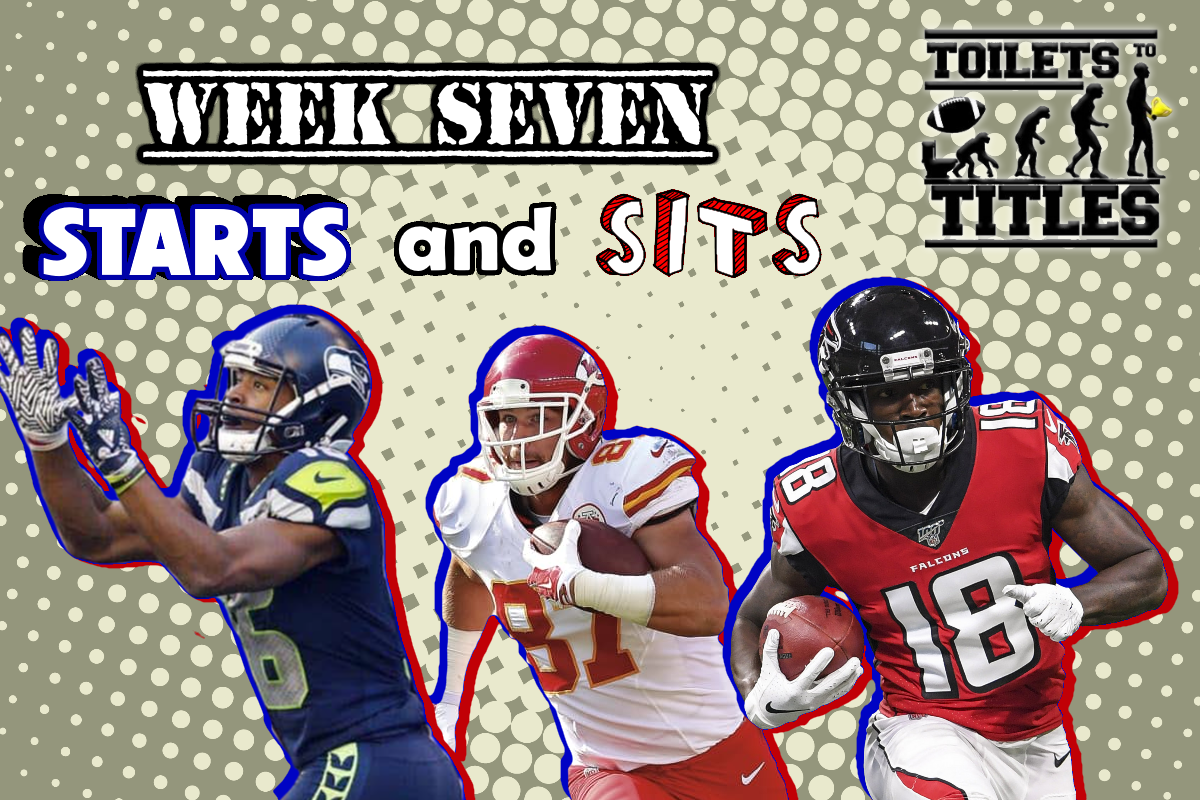 Matt Ryan was heating up prior to the bye, 4 passing TDs in week 4 & 342/2TDs in week 5. This week he’ll be getting Calvin Ridley back and they’ll be facing the Dolphins who have allowed the 2nd most passing yards in the NFL over the last 3 weeks.

I’m picking on the Giants a bit here. Last week I started Stafford everywhere and this week I’ll be doing the same with Darnold. Weeks 1-4, Darnold was on fire…he has since cooled off. Playing this reeling Giants team is just what the DR ordered for a bounce back performance.

Jacobs has seen 15 carries or more in each of the last 2 games and this week he faces an Eagles defense that is allowing an average of 135 yards per game on the ground. I have faith he’ll get the bulk of the carries this week, we should see a monster performance.

Henderson has yet to disappoint as the lead back in LA and this week he has another great match-up against the Detroit Lions. Expect Henderson to eclipse 100 yards on the ground for the 1st time this season.

It was announced on Monday that Calvin Ridley is back this week…on Sunday, he’ll be back in a big way.

The Bears have a stout defense but they have let up the 12th most fantasy points to WRs thus far this season. Godwin hasn’t eclipsed 100 yards since week 1 and I expect that streak to end on Sunday. Look for him to go over 100 yards and 20 PPR points in this one.

The Colts have let up the 6th most fantasy points per game to Tight Ends this season. With Kittle out and Jimmy GQ back, I’m feeling like it’s Ross Dwelley week.

It was great to see Carr and the Raiders come out on top through all of the chaos last week but this week, things will get harder. The Eagles play tough and have the 5th best passing defense in the NFL. The Eagles also have had the benefit of facing Mahomes and Brady in 2 of their last 3 games. They’ll be ready for Derek Carr.

Over the last 3 weeks, only 2 teams have played the pass better than the San Francisco 49ers. With that being said, the 49ers are mediocre against the run. The game script in this one will call for a heavy dose of Jonathan Taylor w/ a side of Nyheim Hines.

2 things are making me sit Herbert this week. #1 – Damien Williams was out last week with Covid and may return this week. #2 – He is facing the best(by far) run defense in the NFL. Those 2 reasons are enough.

It’s a short week for Cleveland and there is just too much uncertainty around that back field. On top of that, they face a very stingy Broncos defense. Even if Chubb gets cleared to play, i’m sitting him.

It’s been scary for Terry since week 4…he’s yet to top 10 PPR points since then. This is not the match up you are looking for.

Tennessee is where Tight Ends have gone to die this season. I know Kelce is a different breed than most of the other cats this Titans defense has faced but I think they’re ready for him.