Now Who is the NFC’s 7th Seed? 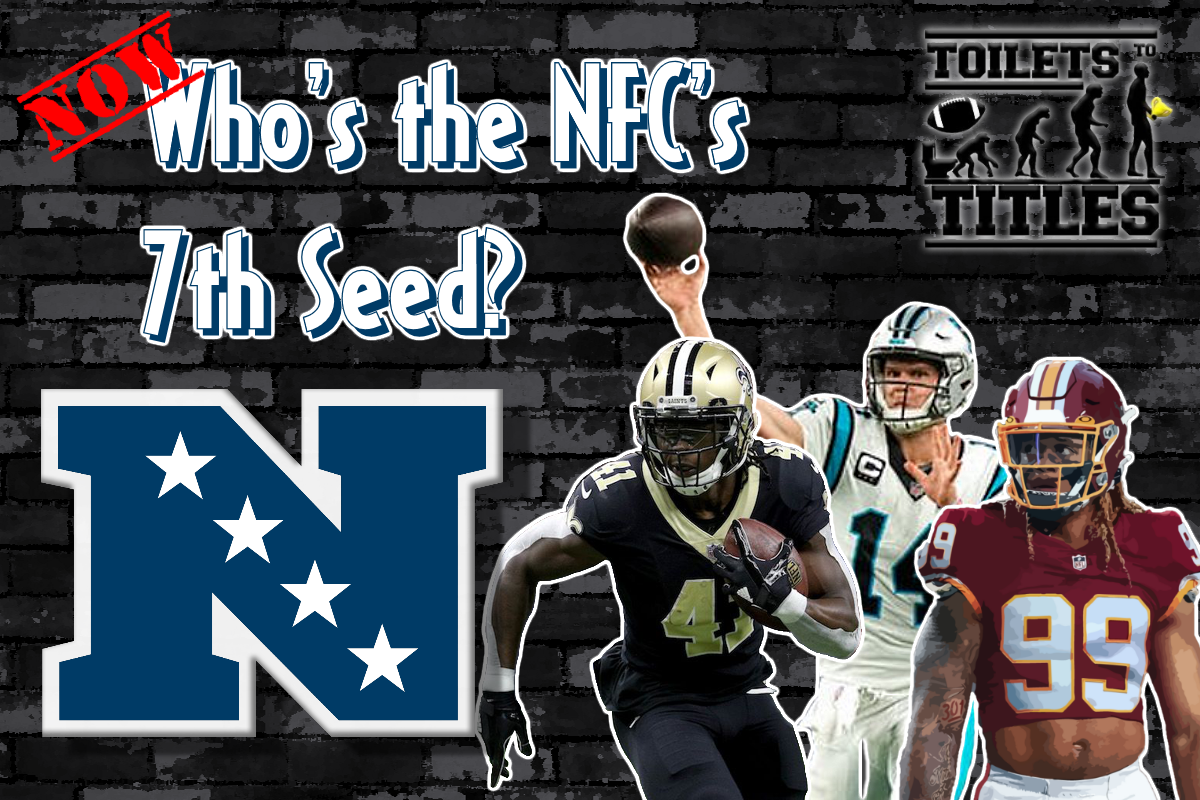 When we last got together to discuss this topic about six weeks ago we didn’t know much about a lot of teams but it was fun and we had some laughs along the way. Now the calendar has turned to December and we need to take a much more serious look at the teams who hope to be playing serious football when the playoffs start.

Just kidding about the serious part. I’m gonna fit as many bad jokes in here as possible.

Let’s start at the top again and work our way down: The crucial top seed looks to be coming down to the Cardinals, Packers and Buccaneers. The Cardinals have the slight edge having only two losses and they play the woeful Bears this week while also getting back Kyler Murray and DeAndre Hopkins. Regardless of who takes the top seed, those look like the first, second and third teams in some order as they are all looking very good to win their respective divisions. Rounding out the fourth seed is an infuriating Cowboys team who, not surprisingly, beat the Saints without Mike McCarthy. Maybe it has something to do with the fact that he wasn’t able to run his kicker out there to try yet another 50+ yarder on 4th and short? Nah, probably not. (In an unrelated note kids, this week’s lesson is about sarcasm…) I’m not sure what the public fallout would be after firing an 8-4 division leading coach but I don’t really care. Coach Schepps, you can call me a fake Cowboys fan all you want but deep down you know the Cowboys are going to do what they’ve done for the last 25 years; make the playoffs, maybe win a game and then get trounced by a good team with a good coach. Search your feelings, you know it to be true.

Ok, I always feel better after using a Star Wars quote. The fifth and sixth seed at the moment look to be the Rams and 49ers respectively with the Rams limping on a three game losing streak and the 49ers surging with a 3 game win streak. Quick flash back: I told you the 49ers were good and would be in the hunt.

That leaves us with a handful of 5-6 and 5-7 teams all vying for the last playoff spot so let’s give each a look starting with the Saints. They just lost on Thursday to the mediocre Cowboys and word came out on Friday that the Saints, “Fear Taysom Hill tore a tendon in his finger and may miss time.” My favorite part of that is that the Saints ‘fear’ it happened, since I think they meant to say they are ‘ecstatically overjoyed’. Taysom Hill is not a competent NFL quarterback and the Saints should go into all out tank mode. They have a decent team but Jameis is lost to them and it’s unclear if he was the long term solution anyway.

Next we have the Panthers who are almost identical to the Saints. If Darnold can come back soon and play well again they have an outside shot but for now they are going absolutely nowhere with washed up Cam Newton. I feel bad for Cam because you can tell his heart is still in it and his teammates love him but I’m pretty sure I can throw a football farther than Cam can at this point. I can’t beat him at anything else but the fact that I can beat him at the top thing he needs to be able to do isn’t a good sign for the Panthers.

This brings us to the 5-6 Vikings and the 5-6 Washington Football Team. My money would be on one of these two teams and if I had to bet on one of them, I think I would have to bet on WFT and here’s why. I like WFT’s coach and quarterback slightly more than I do the Vikings. The Vikings are an absurd team when you look at their DVOA and their record. They should be better but Captain Kirk Cousin and headcoach Mike Zimmer keep finding really dumb ways to lose games. WFT on the other hand is riding a three game win streak and are finding ways to get more consistent and win games. It certainly isn’t pretty but wins are wins and with a lot of games against the Cowboys, Eagles and Giants left, their schedule lends itself to them being in the playoffs come mid-January.

That’s where the NFC stands at the moment. Stay tuned for the AFC.