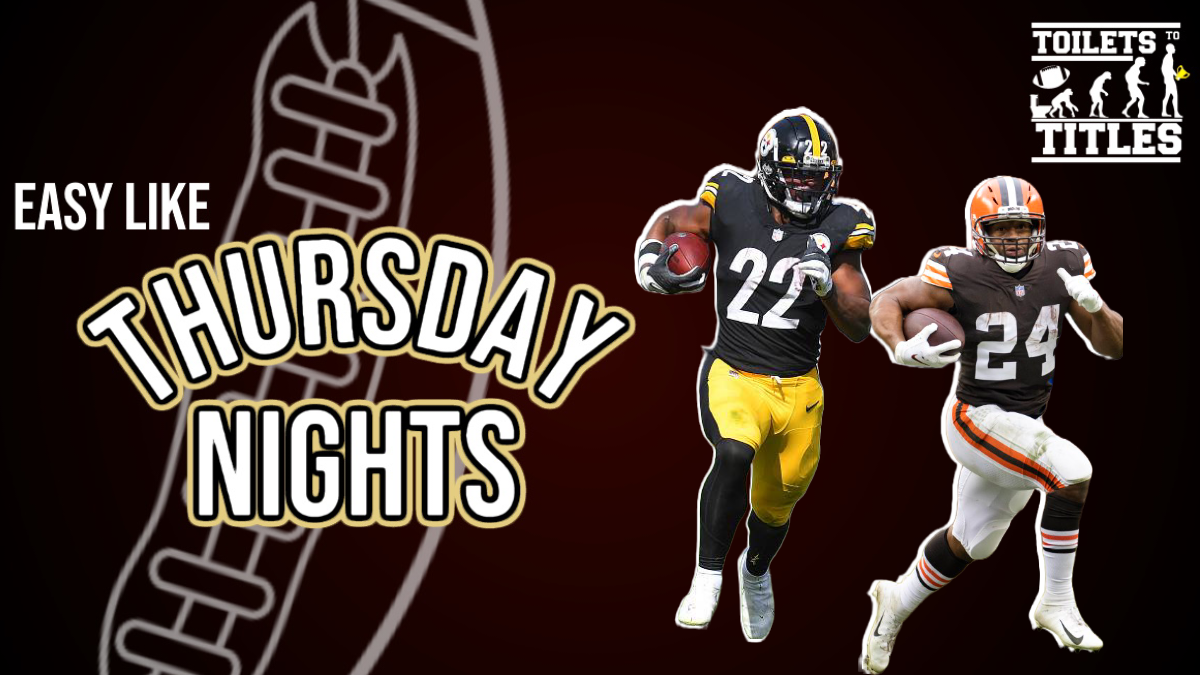 After potentially seeing the top 4 offenses in the NFL play the first two Thursday night games (Rams, Bills, Chiefs, Chargers), expect a change of pace in week 3. One of the ugliest and most intense rivals meet for the first time this season when the 1-1 Pittsburgh Steelers travel to the DAWG Pound to take on the 1-1 Cleveland Browns. This division rivalry tends to be physical and has a lot of low scoring, close games to show for it historically.

The Steelers are coming off a hard fought 17-14 loss to the Patriots after their crazy, week 1 win in Cincinnati. In week 2, the Browns blew one of the biggest leads in NFL history en route to a 31-30 loss to the New York Jets. A division game between two teams with playoff aspirations, I expect another highly competitive match up that delivers plenty of blood, sweat, and tears.

From a fantasy perspective, we are looking at the Draft Kings single game contest for this match up. This is an off matchup from a fantasy perspective as neither QB would be considered a strong fantasy play this week. Instead, I will be spending the money to put Nick Chubb in my Captain spot. Nick Chubb has continued right where he left off last year with 141 rushing yards in week 1 and topped that in week 2 with three touchdowns despite the loss. In a game with two inconsistent offenses and players, Nick Chubb is the most dependable fantasy option on either side of the field. The priority of each of these teams offensively is to run the ball, and I am making it a priority to have both Chubb and Najee Harris in my lineup.  Though Harris he is not impressing with his per touch average, the potential volume alone both on the ground, and in the pass game, makes him hard to ignore in any PPR scoring.

Spending $27,800 in salary between Chubb and Harris has us looking at low salary value plays to round out our lineup. However, before we move forward with that move, we do have enough salary to also add Diontae Johnson at $9,200. The interesting decision here is that I could take either starting QB for a few hundred less, but at this point I feel like Johnson is my best shot to get 15 points. So far this year, the Pittsburgh defense has played two solid games, so I am comfortable paying the $4,400 for them.  The Cleveland defense on the other hand has not looked good through two weeks against average, at best, offenses (Panthers and Jets).  That being said, the last spot comes down to rolling with the Cleveland defense or taking a shot on either team’s kicker. I am always happy to pay down for a kicker and get a quick 10 points, however, in this situation I am going to go with the Cleveland defense based on how bad the Steeler’s offense has looked so far this season.

Every once in a while there is a single game that from a fantasy perspective bucks the normal trends of looking for that juicy QB/WR stack and this is one of those weeks. I’m banking on Nick Chubb and these teams to stay true to their typical physical and tight scoring game.