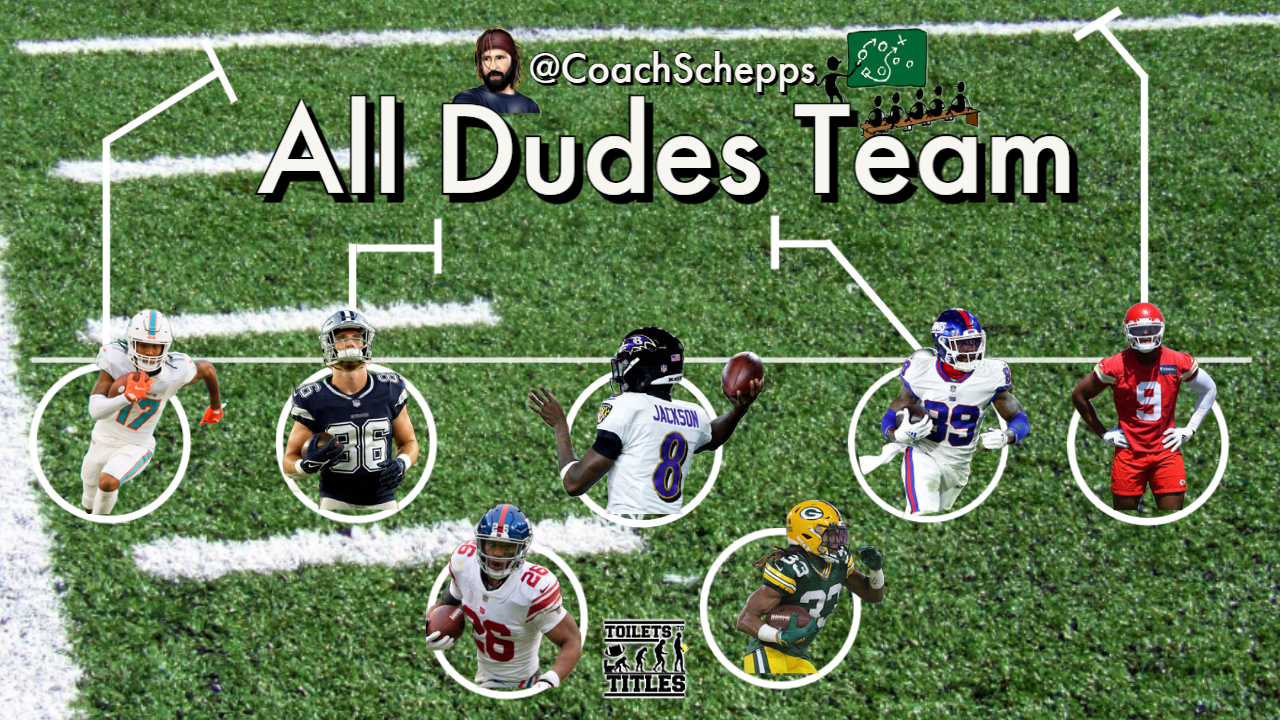 Every Tuesday night, in season, on Toilets To Titles, I give my list of dudes and duds. This list is my take on starts and sits and it’s completed to help you, the listener, make those tough lineup decisions. It has become a practice of mine to reflect on the season once it has wrapped up and make up a list of players that were consistently dudes or consistently duds. This year, I’ve decided to do something different. I’ve created a list of players I expect to be great values given their current ADP and who I expect to consistently don the moniker of “dude”. I will follow up with an additional article listing the opposite, players who will not be worth their current ADP and thus, when the season has finished, they will be viewed by Fantasy Football players as “duds”.

I believe this is the year that Saquon Barkley finally puts it all together. The Giants have revamped that offensive line and Barkley has looked explosive as ever thus far at training camp. Saquon is in a contract year which usually means big numbers in an effort to secure a big pay day.

Jaylen Waddle was a target hog last year. The addition of Tyreek Hill should only benefit Waddle. Defenses will have to remove some of their focus from Waddle and shift it over to trying to contain Tyreek Hill from getting over the top of them. I have said it before on the show and I will say it again here, Waddle is this year’s Cooper Kupp.

As a Cowboys fan, I was shown first hand what Kadarius Toney can do in his 10 reception, 189 yard performance on October 10th of last year. The off-the-field nonsense has quieted and the Giants have improved the offensive line which should help Daniel Jones and the passing attack. Toney is being drafted behind players such as Garrett Wilson, Gabriel Davis and Brandon Aiyuk, all of which I expect him to outscore significantly.