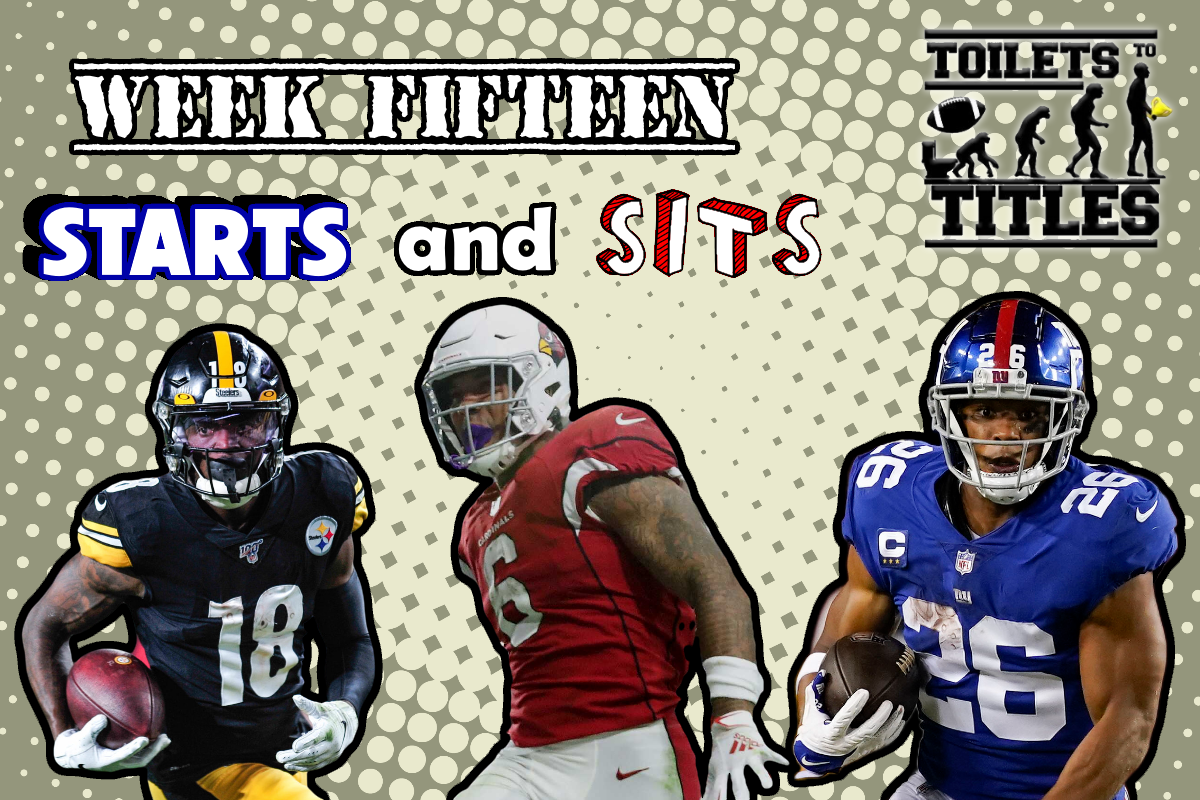 Dak hasn’t looked like himself lately but there’s nothing like a familiar opponent to get a player comfortable and back on track. Dak is 8-2 against the Giants with 2669 yards and 20 TDs (his most against any opponent).

The Bears defense is allowing the 3rd most fantasy points per game to opposing QBs this season. Dalvin Cook balled out in week 14 and the monsters of the mid way will have their sights set on stopping him. Cousins, Jefferson & co. should get a green light for take off.

I had a chance to get a James Connor share a few weeks ago to help me make a playoff run and I declined. I am now regretting that decision because this cat is balling. Detroit can’t stop the run & Connor is gonna feast.

Chubb hasn’t topped 100 yards on the ground since week 10 and has been pretty much average since then. W/ Kareem Hunt likely out and a good match-up against a poor LVR run defense, I think this is the week Chubb gets back on track.

Over the last 4 weeks, Diontae Johnson is PPR WR 2. He has 48 targets in that time span. The Titans play the run well but are atrocious against the pass. Expect another 10+ target game for Diontae.

Cooper has had 1 play in each of the last 2 games where he looked like he was very very close to breaking away for a huge TD. This week, he’ll continue knocking at the door and it’ll finally open. Look for a big performance from Coooop on Sunday.

Higbee is expected to be activated today due to the fact he had 1 positive test followed by 2 negatives(likely false positive). This week he’ll face a Seahawks secondary that is allowing the 5th most points to TEs this season…and he’ll be well rested.

Burrow is headed to face a Denver defense that is top 4 against the pass and held Patrick Mahomes to 184 yards and 0 TDs just 2 weeks ago. This Broncos defense is no joke, Joe is about to find out.

The Patriots defense has been stifling opposing QBs this season and the Colts are likely to take the ball away from Wentz to prevent turnovers & lean heavily on Jonathan Taylor in this one.

RB – Leonard Fournette Vs. NO

Fournette may be one of the hottest players in all of fantasy football at this time. Unfortunately for people who have LF rostered, I believe he cools off this week.

Barkley had his best match-up of the season last week against the LAC and he wasn’t able to make the best of it. This week, he’ll be without Daniel Jones and any threat of a passing game while facing a surprisingly stout Cowboys front 7.

McLaurin is in concussion protocol but is expected to play this week. Last week, Diggs held him to 0 catches and this week he’ll have another tough match-up with an Eagles secondary that is statistically better than the Cowboys.

Hock sat out last week due to a hand injury and the Lions are optimistic he will play this week. Fantasy managers should be less optimistic. The Cardinals defense just doesn’t allow points to opposing TEs…i’m sitting him.