SFB12 Land Mine or Gold Mine 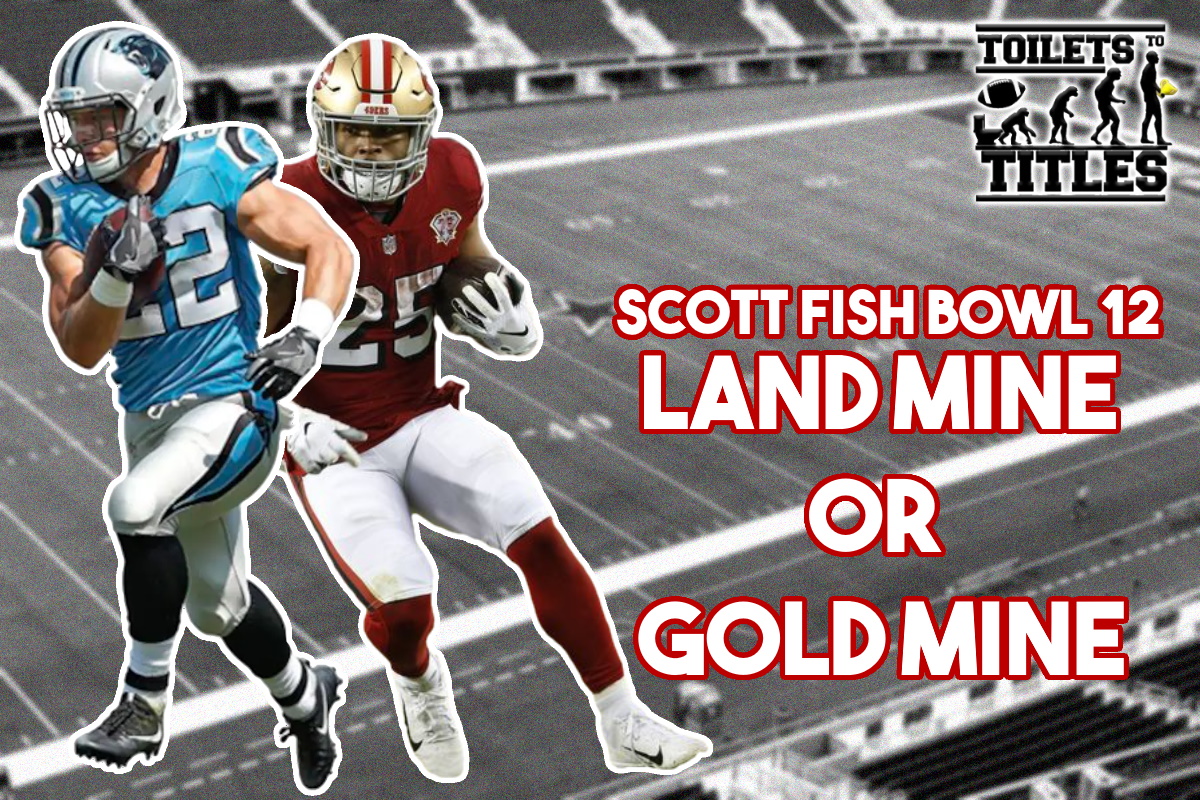 The Scott Fish Bowl is unlike any other league out there. Scott has a reputation for keeping it spicy when it comes to scoring and this year (like years past) he does not disappoint. With the scoring settings in mind and the fact that there are about 2000 people in this league, you need to take some risks in order to stand out from the rest of the crowd.

I’ve compiled a small list of players with big boom potential who I feel, if they hit, could help you do just that. That being said, I also feel like these players come with a very large risk to blow up in your face given their ADP. The juice may be worth the squeeze and I’ll likely be trying to grab a handful of them once the draft begins.

The upside is obviously there with Lance. He has a stable of backs behind him, a solid o-line to protect him, and excellent receiving threats at WR & TE. To top it all off, the kid can run. All of that adds up and the promise is there but the issues of Jimmy G still being in San Fran and, to this point, we haven’t seen Trey Lance get it done.

I don’t think Justin Fields is in as good a situation as Lance is but I think the overall talent is higher. Everything Lance can do, I feel Fields can do a little bit better. One thing he does have that Lance doesn’t have is a starting spot. Fields does play for the Bears and they could absolutely stink but there are signs of life for Fields. Fields showed a connection with Darnell Mooney last year, so one could expect that to expand and he also finished 4th in rushing yards amongst QBs while only appearing in 12 games.

This is possibly the biggest land mine or gold mine on this list. We all know what Christian McCaffrey is and can be at his best but a lot of Fantasy Football managers who drafted him early the last 2 seasons are likely to have some PTSD. After topping 200 carries in 2018 and 2019, CMC has been plagued by injuries and has failed to top 100 carries in each of the last 2 seasons. Adding Baker Mayfield into the mix, adds some intrigue to this pick for sure.

The potential for Saquon has been there but ultimately he’s yet to live up to it. Like CMC, Barkley has been hit with the injury bug over the last few seasons. When picking Barkley, you need to ask yourself, do you believe what we saw from Barkley last year is who he is, or do you think he can return to his rookie season form? He’s 2 years away from that wall most RBs hit at 27 and he’ll likely be running behind the best offensive line he’s had since becoming a Giant.

Mitchell surprised everyone and surpassed Trey Sermon on the 49ers depth chart early last year. After that, there was no looking back for Elijah. When healthy, he was the bell cow and provided solid fantasy football production to managers that rostered him. This year, the 49ers will likely turn to sophomore QB Trey Lance which should mean they will lean heavy on the run game to help Lance get comfortable. That sounds good and all, but we’ve come to learn that the San Francisco backfield can be as frustrating as the New England Patriots. With the drafting of Davis-Price, it just adds another talented player to that already loaded backfield.

With Amari Cooper’s banishment from the star and Michael Gallup likely out for the 1st 4-6 weeks, Ceedee steps into the WR1 role in Dallas. Ceedee was an alpha at Oklahoma and he’s looking like the next alpha Dallas Cowboys WR. I have a few concerns… he’s been a bit inconsistent since he arrived in Dallas and he’ll now attract the full attention from every defensive coordinator he faces. Another concern I have is, while Kellen Moore has been in charge of play calling I have not seen him game plan his top WR to get the bulk of the targets regularly. I think that is what we all want for Lamb but it’s hard to tell at this stage if it will happen.

Toney’s 1st season as a Giant went every way but smoothly. Toney missed 7 games with injury and then rumors surrounded him this off-season that he may already be on his way out. At this point, those rumors seem to have subsided and Toney will likely be WR1 in that offense. Kadarius flashed major play making ability at times last season; he forced 8 missed tackles through week 4 & 5 and put up a 10 reception and 189 yard performance against the Dallas Cowboys.

Michael Thomas was a target monster in New Orleans before disappearing the last 2 seasons. Was it an injury? Was it frustration with the team or an aging Drew Brees? It’s hard to tell not knowing but they restructured his contract this offseason and all signs point to him being back. Jameis Winston is going to chuck it and if MT can replicate what he did in that offense prior to being away from the team, he’ll put up big numbers yet again.

Kittle is an absolute monster and when he’s at the top of his game he’s arguably the best TE in football. Kittle played through a calf injury last season and was eventually placed on the IR. After coming off the IR, he didn’t produce at a level we all expect from George Kittle. I’ve said for the last few seasons that I love Kittle as a football player but due to the violent nature in which he plays the game, I don’t trust him enough to draft him. In SFB12, I’ll be more likely to take that risk because it could pay off in a big way.