Gotta know when to hold ’em 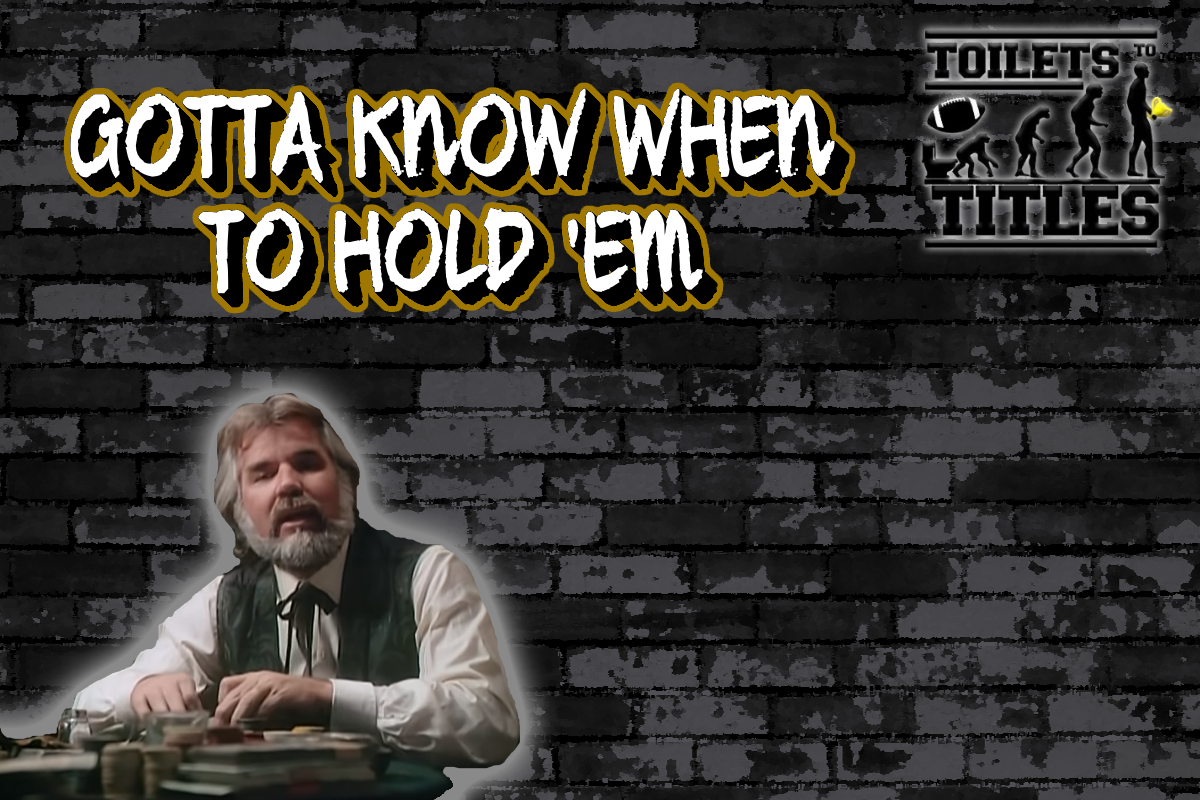 If I write more articles (and ideally I will), you will quickly find that one of my favorite sayings is, “Dynasty fantasy football is like the stock market; every player is going up, going down, or holding steady.” Understanding when to trade can help maximize your value and ensure you’re always growing your team.

In a startup draft I was a part of last year, I saw the following:

Michael Thomas’ value has steadily decreased since that draft.  While the others mentioned have all seen their values rise considerably since that draft.  An example is James Robinson who started as a nobody last year, then saw his stock soar, the Jaguars then drafted Etienne which saw Robinson’s stock drop, and now he’s had a minor resurgence. Understanding value is the best way to maximize the value of your fantasy team.  Below, I will share my rules to help you recognize those price points and get the most value out of your dynasty assets.

Picks are at their highest value while they are on the clock and at their lowest immediately after the draft. I would advise against selling draft picks in the offseason for the simple reason that you are most likely not going to get you the best return.

Sell draft picks leading up to the draft or use them to get savvy pickups from rebuilding teams in season.  Trading picks in the offseason is also a dangerous game. We have seen several high profile injuries that cause any fantasy roster to go from contender to pretender in the blink of an eye. Nobody truly knows the value of their picks in the off season, so save yourself the hassle and hold onto yours until the rookie draft.

The worst thing you can do if a player is injured is put them up for sale immediately.  Their value is at the absolute lowest. Here’s a great illustration from https://dynastytradecalculator.com/ on the value of Cam Akers, his value went from 36.9 down to 11.4 after his injury (currently 11.0).

This obviously is not a concrete calculation of his value. However, it does show the general belief of the fantasy community. Unless you have a crazy Rams manager you’re not going to get good value right now. Retain injured players (That’s what the IR is for!) and if you’re still concerned about the injury then trade them after they have recovered and put in a decent game or two.

At worst they never play again and you lose minimal value, however the reward can be much greater than the risk.

Deciding when a player will start to decline is an impossible task. Some players have been productive long after they should have retired, while others fade into obscurity faster than we would have ever expected.

Nonetheless, one thing is certain, there is a general consensus that players of a certain age become a decreasing asset. Approximately 35 years old for QB’s, 26 for RB’s, and 30 for WR, and these ages differ between individual fantasy players. Once they start reaching that age range, they become a player to sell unless you’re competing. The issue is everybody knows that the decline is coming so you need to consider some basic concepts.

The worst thing you can do is trade because of an arbitrary deadline you make in your head. Treat your fantasy roster with an analytical approach and ensure you don’t make emotional decisions. Get your guys if you want them, but get them and sell them at the right values.