Derek Carr: Best in the West 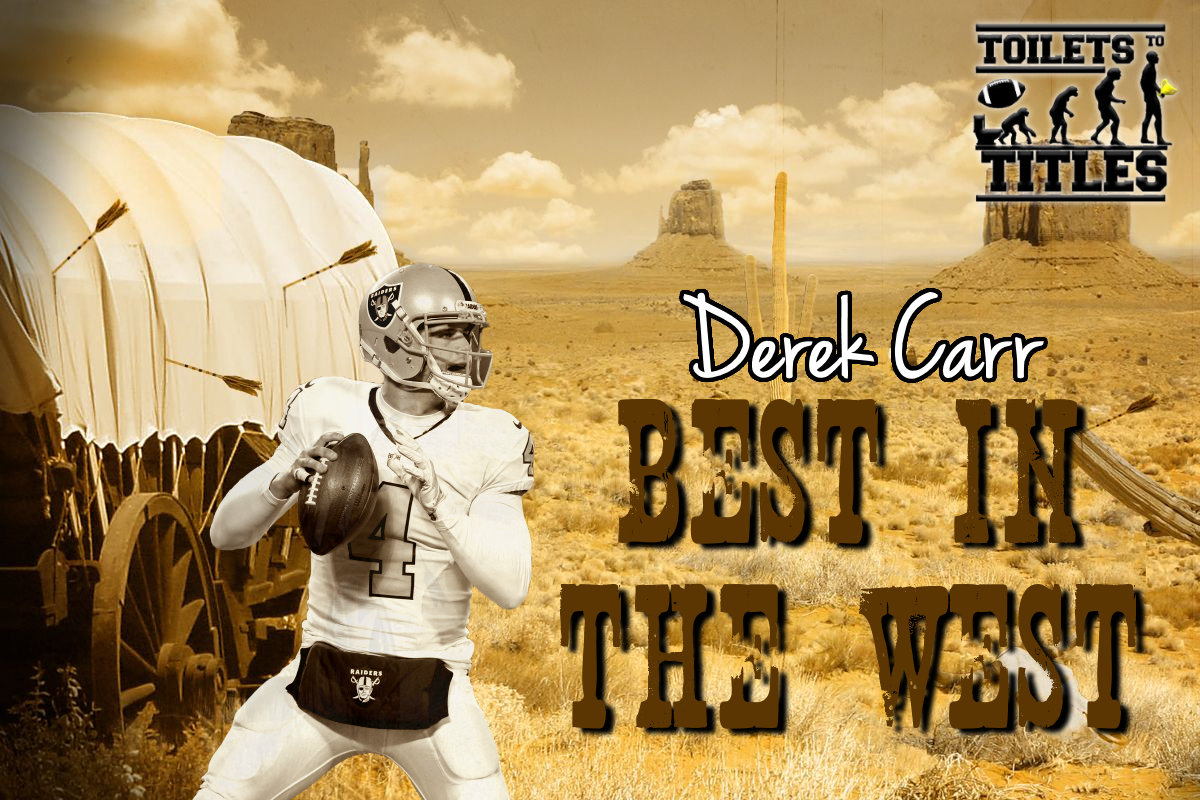 The AFC West is loaded with talent in every aspect of the game. It’s every fantasy manager’s dream to land with the players on these juggernaut offenses, especially at the quarterback position. Let’s face it, we all would love to have a share of one of these shifty, gun slinging QBs. We already know Justin Herbert and Patrick Mahomes, who each earned a finish within the top 5 last year in their position. Both are poised for another big year despite Mahomes losing his speedy, take it to the house playmaker in Tyreek Hill. Add Russell Wilson to the Wide Receiver loaded Denver Broncos and you’re asking for shoot-outs in every single division game. But what If I told you I liked one Quarterback better this year? Is it really possible for Derek Carr to finish as the TOP quarterback in the heavily stacked AFC West? You bet your sweet cheeks it is!

He has the dream set up in Las Vegas, starting with the emergence of Hunter Renfrow stepping up big for the offense last year notching his first 1,000 yard season in the wake of Darren Waller missing 7 games. I have a feeling he will be out to show that last year wasn’t a fluke. He has the ability to be a solid slot receiver and a legitimate number 3 option behind Davante Adams and Waller. Speaking of Waller, Darren Waller has been tormenting secondaries play after play, year after year and will be back to full strength ready to contribute and continue his dominance come the beginning of the season. Now add football’s best wide receiver (Aaron Rodgers’ former, and Carr’s current best friend) Mr Davante Adams. *Psst, who’s bringing his 1553, and 11 touchdowns last year with him* There are not many flaws, if any at all, when it comes to Adams. His hands are automatic, his route running is silky smooth, and he just wants to embarrass you.

I fully expect their chemistry to be sizzling hot right off the bat. Both of them played together in their collegiate years at Fresno State in 2012-2013 where Adams put up 1312 yards and 14 TDs followed by 1719 yards and 24 TDs. I think they’d like to run that back!

Carr finished as your QB 12 last year with 4804 yards, 23 TDs, and 14 INTs and that’s with just Renfrow leading the way. With a healthy Waller, a confident Renfrow, and a warmly welcomed addition of Davante Adams, there very well could be a new top QB in the division for the 3rd time in as many years, and his name is not Russell Wilson.