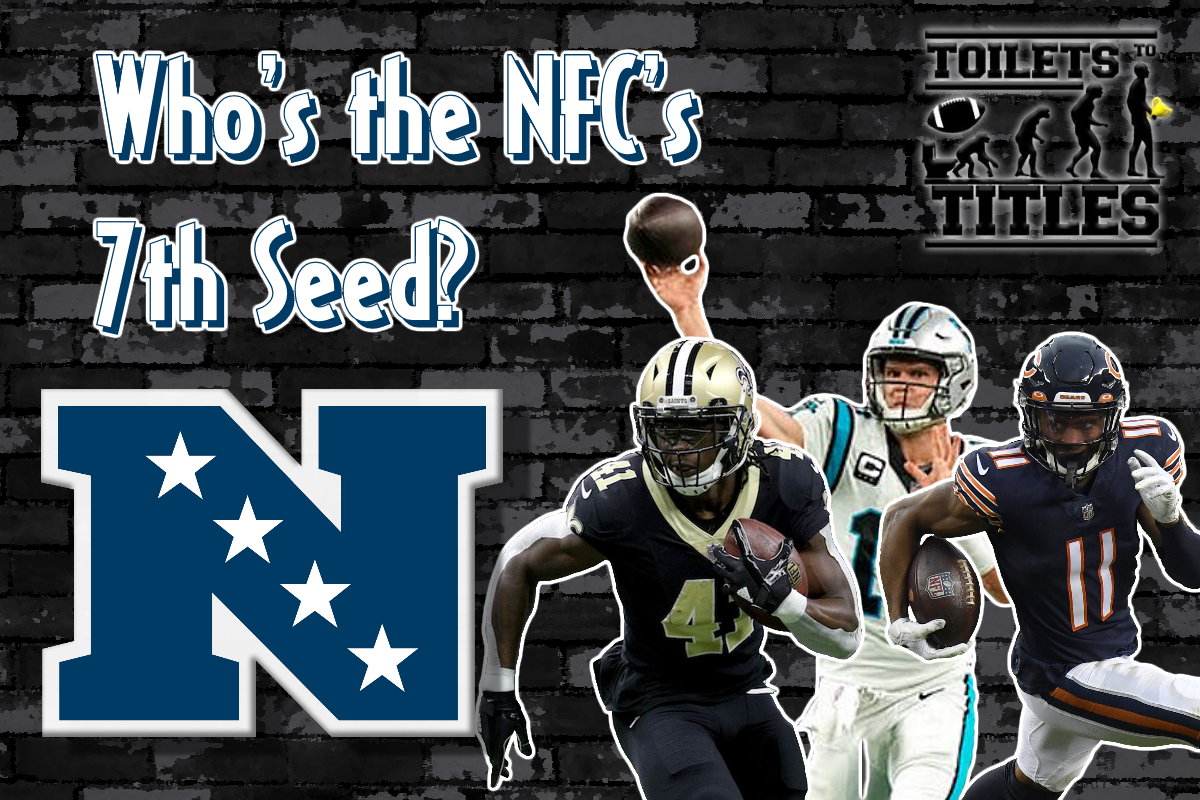 What’s more fun than doing a futile exercise? Doing it twice! We are about one third of the way through the season and we already took a look at the AFC playoff picture, so let’s take a look at the NFC as well.

At the top of the class we have the undefeated Cardinals with a 6-0 record who also have a decent lead in their division with early wins over the Rams and the 49ers. Their road to 6-0 hasn’t been pretty but wins are wins no matter how many of their fans suffer from cardiac arrest along the way. Just behind them you have the defending Super Bowl champion Buccaneers at 5-1 with their only loss coming from a very good Rams team. Speaking of the Rams, they are also 5-1 with their only loss coming from the aforementioned Cardinals. I would expect one of those teams to win the NFC West and the other to be the top seeded Wild Card team. After the Rams are the surprisingly good Cowboys who have won five straight since losing on opening night to the Bucs. Finally, bringing up the rear of the cream of the crop are the Packers who have also won five straight since getting trounced on opening day by the Saints.

Taking all of that in, we are looking at the top five seeds in the NFC without breaking a sweat. The sixth and seventh seeds however aren’t as clear. There are currently four teams with 3 wins in the Bears, Saints, Vikings and Panthers so let’s take a look at three of these teams.

I’m all out on the Bears and it’s entirely Matt Nagy’s fault. He has no idea how to use Justin Fields effectively and I think he may have forgotten that Allen Robinson is on his team. Nagy just ever so quietly gave up play calling duties to Bill Lazor so maybe there’s a chance Lazor will do better but for now Matt Nagy is the new Jason Garrett and I don’t see that team going anywhere this year. Then we have the Jekyll and Hyde Saints. I have no idea what to make of this team. They made the Packers, Patriots and WFT look bad but then they themselves looked extremely bad against the Panthers and the woeful Giants. All I do know is that I miss the old Jameis Winston. Gone is one of the most exciting players the NFL has ever seen and the only quarterback who has ever gone for thirty touchdowns and thirty interceptions (30 for 30!) in a single season. That 2019 season is the stuff of legend with every snap being a must watch. I never knew if he was going to throw an eighty yard bomb to Chris Godwin or the most mind blowingly stupid interception of all time but I knew it was going to be exciting. Sigh… I digress. Where were we? Ah yes, onto the Panthers who I think are the best of the bunch in this group. They lost to the Cowboys and last week the Jets version of Sam Darnold made an appearance but I think that is more likely than an aberration. They will be getting Christian McCaffery back soon and I like how fast they play on offense and defense so I’m penciling them in for the 6th seed.

This leaves us with the 7th seed up for grabs. It’s entirely possible that the Saints could claim it but I do think there is at least one dark horse with a losing record who can take it. I would have said the Seahawks but they just lost Russell Wilson for at least six weeks and now it’s the Geno Smith show. No thanks. My attention then turns to the 49ers. Injuries are again a problem for them but their bye week has come at an extremely opportune time and they should be decently healthy by week 7. Whether they can remain so is the obvious question but if they do I’m not sleeping on this team. Kyle Shanahan made it to the Super Bowl with Jimmy G once already so why not again? Also, for whatever crazy reason Brandon Ayiuk and Trey Sermon are in Shanahan’s doghouse I don’t see them staying there for the entire season, especially now with George Kittle on I.R. They are both way too talented for them not to start being used regularly and effectively. As for the rest of the NFC teams I haven’t mentioned yet I don’t think there are any playoff teams among them.

That’s where we are at the moment in the NFC playoff picture. I hope you had fun (again!) with this extremely futile exercise and look forward to doing it again at the two-thirds mark.