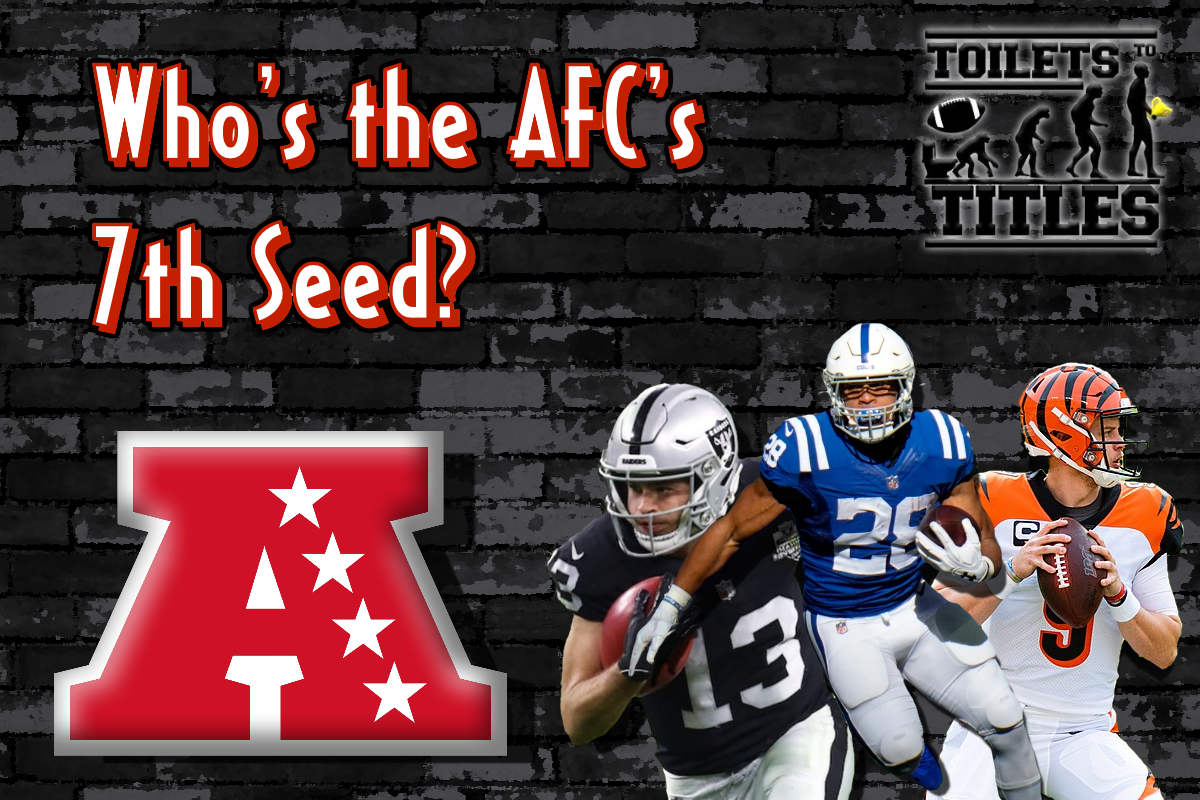 Week 5 is over which means we are just about one third of the way through the 2021 NFL season. It’s at about this time that I like to take a way too early look at what the current playoff picture would look like.

At the top we have 3 teams that standout among the rest and all are in separate divisions. In AFC East we have the Bills who are riding a four game win streak with the most recent being a thorough thrashing of the Chiefs. I thought it might have taken until week 8 or so but we got there already and we have to ask ourselves how in the world the Bills lost to Pittsburgh in week 1. Pittsburgh won’t be picking top 5 this year since they have a good coach with a decent defense but don’t be fooled; the Steelers stink. Close behind the Bills we have the Chargers and the Ravens at 4-1. I’d give a slight edge to the Chargers since they seem to be the more consistent team week in and week out. The Chargers lost to a surprisingly good Cowboys team while the Ravens got steamrolled by the Raiders. The Ravens have also needed some amazing comebacks and last second wins (Justin Tucker is ridiculous) over some not so great competition in order to get there. The current 4 seed in the AFC would be Titans at 3-2 leading the hapless AFC South.

The AFC is very top heavy but once you get past the cream of the crop things aren’t so clear and the Wild Card picture is where things get real murky real fast. I am confident that the Browns are a good team that will make the playoffs and even have a strong chance to push the Ravens for control of the AFC North. I am also not going to throw any dirt onto the Chiefs grave until they officially have no pulse and are mathematically eliminated from the playoffs. Their defense is an utter trainwreck at the moment but if there is a coach in the AFC not named Bill Belichick who can turn a team around quickly it’s Andy Reid. So let’s assume they right the ship and take the 6th seed in the AFC. This leads us to an interesting question: Who’s the 7th seed?

The obvious candidates are the Broncos, Raiders, and Bengals who all sit at 3-2 but I’m not super confident in any of them. The Raiders just lost their head coach via a self-inflicted hit job (seriously, putting aside the abhorrent things he said for a moment, what moron would put that in writing?) and have looked awful during their two game losing streak. The Broncos have hope for the future if they land Aaron Rodgers in the offseason but they have two things working against them. The first is they have a ton of injuries on offense. The second is they have played exactly zero games in their division. I expect them to come crashing down to earth at a high rate of speed once they have played four games against the Chargers and Chiefs. Then there are the upstart Bengals. I love their quarterback who is absolutely fearless (maybe a little too much so) and their wide receiver room is in the conversation for the best in the league. They also have two things working against them. Similar to the Broncos they’ve only played one division game, none of which came against the Browns or the Ravens. There’s also the fact that it is very difficult to get three teams from the same division into the playoffs in the same year. Not impossible, but still difficult. If I had to bet on one of those three teams I would take the Bengals but I wouldn’t feel great about it.

This leaves me with two other teams who are, at the moment, dark horses to make the playoffs but I’m definitely not ruling them out. The obvious one is the Patriots. Bill Belichick is the best there’s ever been and he has an extremely competent Quarterback this season. The surprising part about their 2-3 start has been that their defense has not looked good at all. I would expect Bill to get that figured out sooner than later so I’m not counting them out just yet. The other team for me that I’m not ruling out just yet is the Colts. Before you laugh (too late!) hear me out. Yes they are 1-4 but look at who they have played. The Seahawks on opening day with a healthy Russell Wilson. They played a very competitive game against the Rams. Divisional games are always tough and they lost one to the current division leader in the Titans. Finally, they needed an epic comeback by Lamar Jackson to get their fourth loss. That’s a pretty brutal schedule to open the year and if I’m being perfectly honest the rest of their schedule doesn’t get a ton easier but it does include four games against the Texans and the Jaguars. There are a few aspects of the Colts though that give me hope. The first is their division leader doesn’t look like they will be running away with the division title. The second is they’ve been pretty competitive in all of their games and with more time comes improved health for Carson Wentz and also more time for him to get on the same page with the pieces of the offense that were there last year. Lastly their defense, which I thought was going to be pretty good going into the year, has been absolutely terrible. On paper they appear to be too talented to continue this for a full season so I do expect a turn around in that department.

That’s where we are at the moment in the AFC playoff picture. I hope you had fun with this extremely futile exercise and look forward to doing it again at the two-thirds mark.