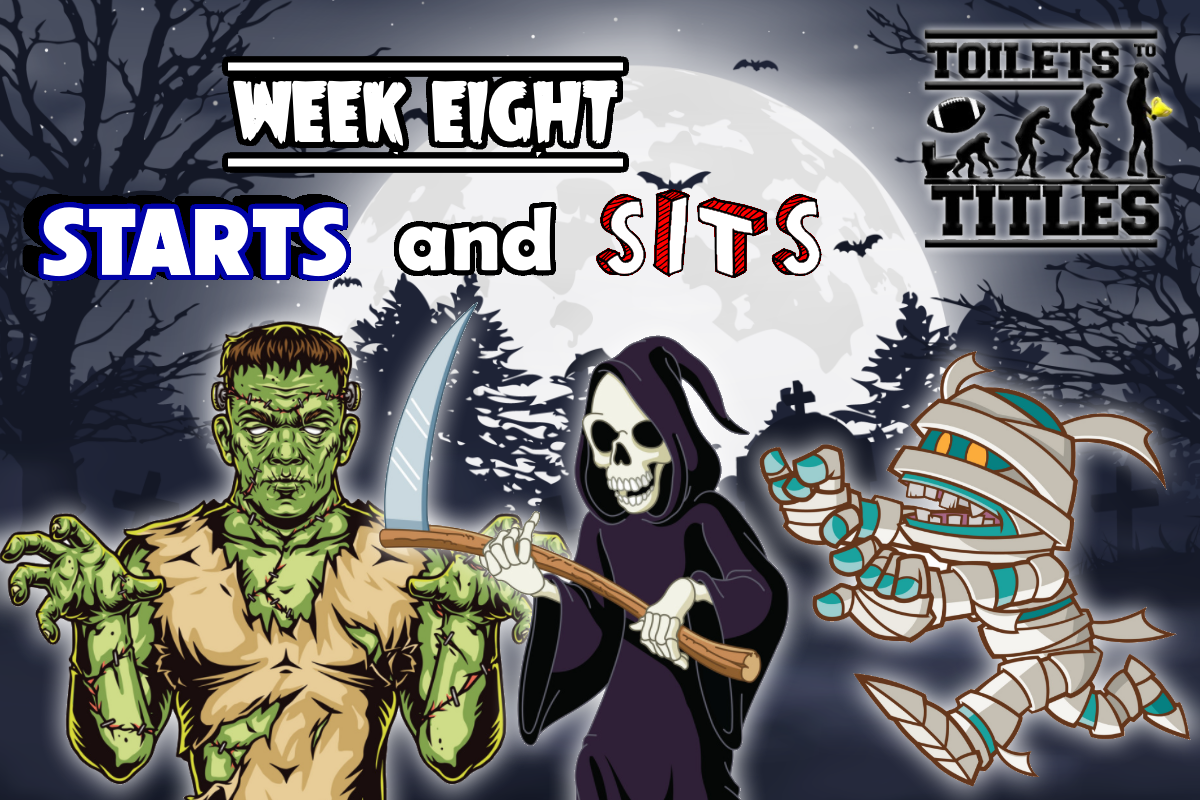 Dallas’s defense is allowing the 5th most passing yards per game this season. We know this game is going to be a shootout on Sunday Night. I expect Kirk, JJ, Thielen and Osborne to have a mash…a monster mash.

The WFT defense is very similar to a high budget slasher film with very poor acting…all hype, no thrill. Teddy B has played well for most of the season with 5 20+ point outings. This week, he’ll face the 31st ranked passing defense, start him up.

Are you familiar with the Scream franchise? Every movie, there is a new killer but the killer picks right up where the last killer left off? Well, Antonio Gibson will pick right up where D’ernest Johnson left off. Hey Denver, what’s your favorite scary movie?

The Chargers defense bleeds rushing yards, averaging a league worst 162 Rushing YPG. Damien Harris will be the latest back to make them suffer.

Michael Williams and Michael Meyers have some similarities. They both take a long time to arrive but once they finally get there, they deliver killer performances. Williams has arrived this season and this week a Patriots defense that has allowed 325 passing YPG over the last 3 games is his latest victim.

Ever since Russ went down, Tyler has been laying in the depths waiting for his chance to pounce on some unsuspecting counselors and camp attendees…or rather, a juicy match-up, like the one he has this week against the Jaguars.

Tight ends have ripped through the Texans defense like a chainsaw through…well, you get the picture. Higbee will be the latest TE to torture the Texans.

Mac Jones is coming off of his best performance of the season(against the Jets). The Chargers who have held opposing QBs to 200 passing YPG got rolled 2 weeks ago and were left for dead. This week, the Chargers will rise from the grave…with a vengeance.

There is nothing scary about the corpse of Ben Roethlisberger, unless you are forced to start him this week. This game is going to be hard fought and low scoring.

A running back going against the Buccaneers defense is like a teenager facing Freddy Kruger in a dream…it’s a mismatch, no matter what. I’m sorry Alvin, there is going to be a nightmare on your street this week.

The Cardinals rushing defense is getting scarier as the season goes on. Over the last 3 weeks, they’re allowing only 89 Yards per game on the ground. In 2 of those weeks they’ve faced the Browns and the 49ers, both run heavy offenses. Turn back now if you can.

For Allen Robinson and Co., the transition to Justin Fields at the helm was supposed to be a smooth joy ride. Their course took a turn for the worst after a sketchy gas station attendant informed them about a “short cut” along their way. Is this the week they escape and get back on track? I think not.

To Mike Evans, Marshon Lattimore is the boogeyman. Per Kevin Patra of NFL.Com, In 13 games vs. Saints, Evans averages 51.4 YPG. Against all other opponents, he’s earning 30 more yards, 81.7 YPG. Mike will have his head under the covers for this one.

The Bills are allowing 8 PPR PPG against TEs this season which is the 6th best. This Dolphin is dead in the water and I can’t tell if that’s a horn or a fin coming their way…either way, it’s trouble.