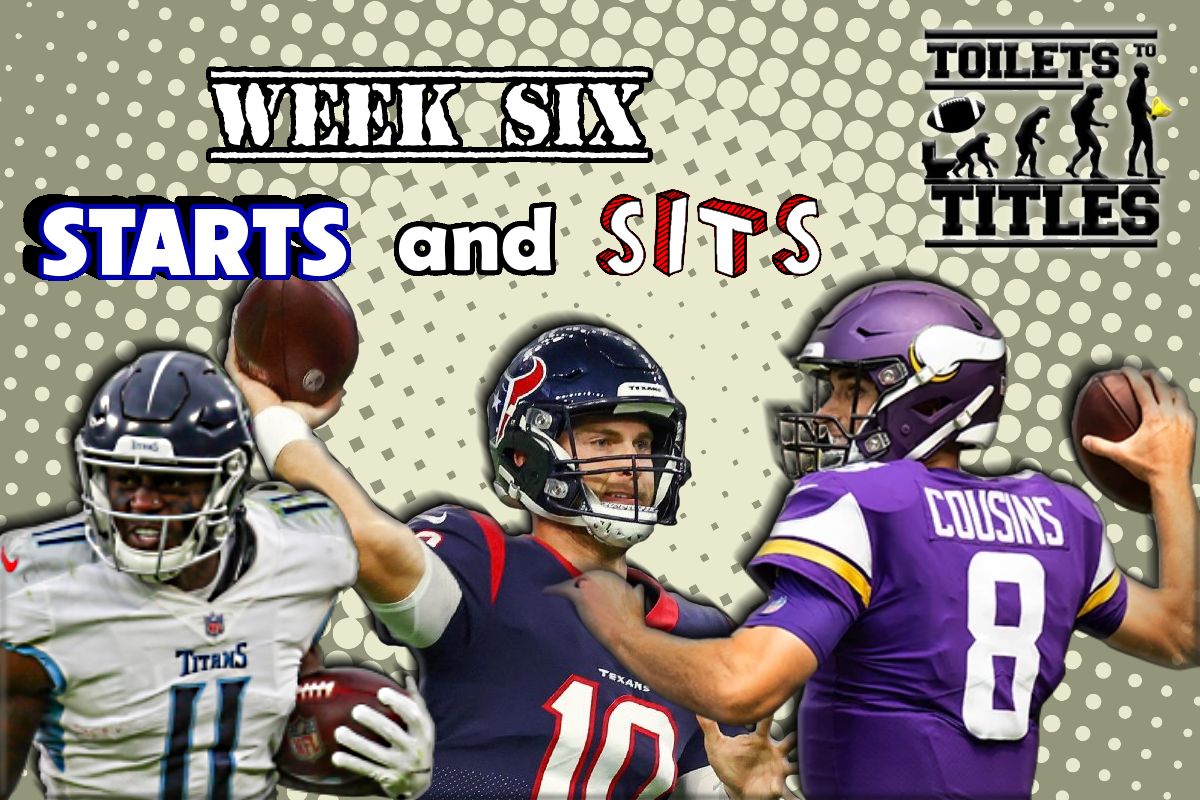 Looking for some Thursday Night Fireworks from Hurts against a Tampa Bay secondary that has been below average thus far this season.

Davis Mills was a top 5 scoring QB this past week against a top 3 pass defense. The Colts are among the bottom of the league in pass defense, Mills should have another big outing.

So, I’m starting Carson if he’s active and Collins if Carson is out. Russ is out, the Steelers rush defense is not great and the Seahawks will have to lean heavily on their rushing attack to stay in this one.

You may be reading this and thinking “This guys crazy” but here me out. I get Ty’son was a healthy scratch 2 weeks ago and only saw 6 carries against the Colts but, The Chargers defense is absolutely horrendous against the run. They are allowing a league worst 5.6 yards per carry. Williams is a must start.

Seattle’s secondary has given up the 3rd most yards to receivers this season. With JuJu out, Diontae is a must start. I expect at least 5 receptions and 90 yards in this one.

If you didn’t know that Mike Williams is that dude, it’s time to recognize. He’s PPR WR2 through the 1st 5 weeks and will face a Baltimore defense that is currently allowing 12.7 yards per reception(6th worst in the NFL)

Andrews tore it up this week and Lamar is heating up. The Chargers have allowed the most points to TEs in Fantasy this year(30/406/4TDs), start Andrews with confidence.

Carolina lost this past week to Philly but they held Jalen Hurts in check…prior to that, they did a great job against Dak Prescott. I see them bouncing back this week, beating the Vikings and shutting down Mr. Cousins.

So, I’m sitting both QBs in this match-up. This game will be a hard fought match-up and I see it as a low scoring game. Darnold is coming off of a 3 INT game and it’ll be at least another week before things get better.

The Patriots will start the game trying to run the ball, eat the clock and keep Dak off of the field but that won’t last very long. The Cowboys will score a lot in this one and Mac Jones will have to chuck to try and keep up. I’m avoiding all Patriots backs this week.

The Cleveland defense has been playing the run great, only allowing a total of 378 yards on the ground through the first 5 games.

AJ Brown had 3 receptions for 38 yards this past week and has been one of the most disappointing players to roster this season. Buffalo is only allowing 9.3 YPR, which is the league best.

Sutton is coming off of his best performance of the season but NOT SO FAST MY FRIENDS. He’ll be facing a Raiders secondary that has made it hard on WRs this season. The Raiders have the 4th strongest pass defense to this point but they are below average against the run. Sutton will see limited production in this one as I expect the Broncos to lean on the ground game.

For all of you who either picked up Njoku this week or have held him in Dynasty hoping for this break out, I hate to disappoint you. The Cardinals have absolutely given TEs the clamps this year(16/122/0TDs) and Njoku is a must sit.