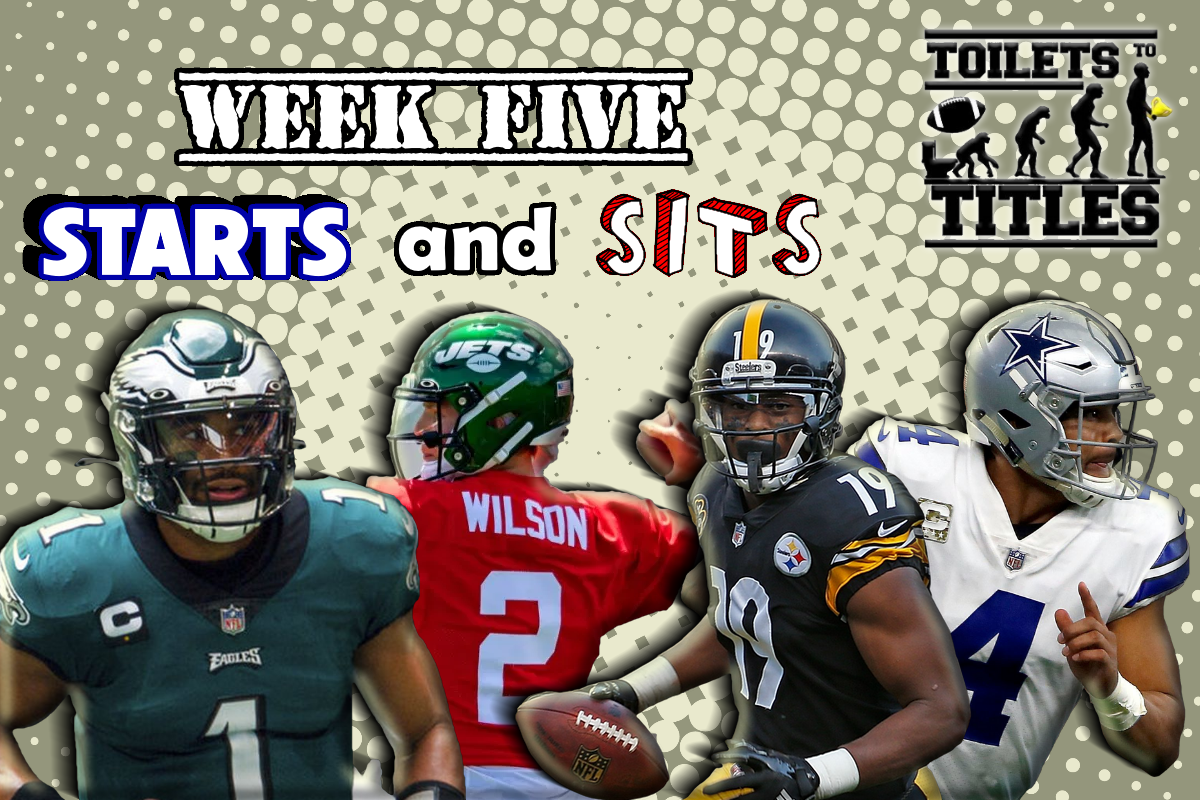 Heinecke just hit the Falcons for 290, 3 TDS and 43 rushing yards. Wilson is coming off of his best outing of his young professional career and is licking his chops, ready to eat.

Dak has been quiet as of late but this one right here is a revenge game. The NYG ended Daks season last year and if you don’t think he’s had this game circled on the schedule since it was released, you’re kidding yourself.

Mayfield has been mediocre at best. The Browns best chance of winning football games is feeding Chubb and playing stout defense. The Chargers have shown they can be run on, the Browns will attack that part of the game this week.

After a horrific outing against the Bucs, Harris will now face a Texans defense who just let Singletary and Moss combine for 140 yards on the ground. This is the week to start Harris.

Lamb has 3 receptions or less in each of his last 2 games and the Cowboys have looked to be feeding Zeke and spreading the ball around through the air. This week, Dak is on a mission and Ceedee Lamb is going to be targeted a lot. Count on a bounce back performance.

When Johnson is on the field, he gets volume…you can’t argue that. He’s a weekly start and this week he should have a strong performance against a Denver defense who looked average at best against the pass last week.

Mr Knox Sir lives in the red zone right now. I finally feel like he’s a consistent start and I’m riding this wave until I fall off.

Carolina’s defense was just shredded on the ground but their passing defense looked strong. Hurts will have a hard time producing this week through the air or on the ground. Those Panthers LBs swarm to the QB like sharks to chum.

Mayfield has been underwhelming so far this season and I believe the Browns game script will favor the running game this week.

Carson’s stat line this past week was a bit worrisome and to make matters worse, the Hawks gave him a rest day on Monday. Is he banged up? Are they trying to lighten his workload? Not sure but I’m not touching him in this one.

Simply put, you can not run on the Buccaneers.

Trevon Diggs is a WR1 eliminator. Daniel Jones will do his best to avoid Golladay this week and spare himself of the weekly Trevon Diggs INT show.

JuJu had 2 receptions on 8 targets last week, that is just not efficient at all. Whether it’s on JuJu or Big Ben, it needs to be noted. That offense is in trouble and I’m benching JuJu until they figure it out.

Through 4 games, the Steelers Defense has let up about 115 yards to TEs…with the bulk of those yards coming from Darren Waller in week 2. This just isn’t a good matchup for Fant, bench him if you have other options.