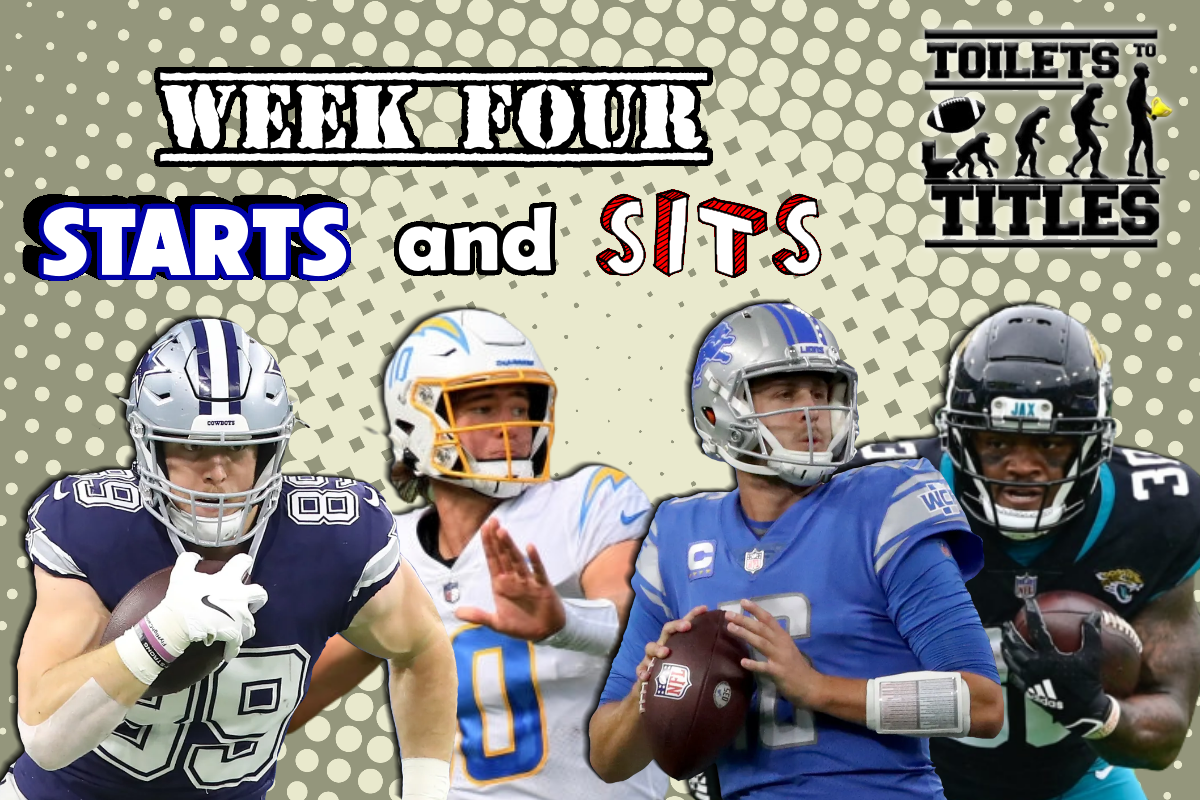 On Monday nights, the stars shine brightest. After a huge win in which Justin Herbert produced a clutch performance, I expect a monster outing this week.

Peyton Barber just gashed the Dolphins for 111 yards on the ground in week 3. Jonathan Taylor has been scratching the surface but has yet to have a signature breakout performance in year 2. This is the week…

The Cowboys absolutely gashed the Eagles on the ground in week 3. Not only did the Boys run all over them, they kept that defense on the field and absolutely wore them out. I doubt that the defensive front 7 recovers in time to be fully ready to take on the Chiefs. CEH topped 100 in Week 3 and I expect him to do it again in week 4.

Beckham had 5 receptions on 9 targets last week in his 1st action with Baker Mayfield in quite some time. With Landry out, Beckham is forced to step up and be the focal point of that passing attack. This one should be a high scoring affair and OBJ should put up some big numbers.

Last week I had my guy Scary Terry on my duds list, even though I was right it did not feel good. It feels much better throwing him back on my dudes list. Last week, Colin Johnson and Kenny Golladay combined for 115 yards on 9 receptions vs. the Falcons. Terry can do what those guys do but he does it much better.

The Cowboys offense has their opponents heads spinning trying to keep up with who they need to stop. Dalton Schultz is benefiting from this and is taking advantage of every opportunity he is receiving. He is a thing and I do not think he is going away anytime soon.

Jones has looked decent so far this season and what elevated him from average to good in fantasy football terms is his ability to scramble. This week he’ll face a stingy New Orleans Saints defense who is good against the pass and better against the run.

After throwing for around 600 yards and 5 TDs in the 1st 2 weeks, Jared Goff came back down to earth in week 3. He’ll face a tough Chicago defense that knows they need to hold their opponents to a low score if they want a shot at winning.

The Broncos have yet to allow a rusher to go over 50 yards this season. Last week I was expecting Ty’son to crush it and he barely got touches. This Ravens backfield is too much of a mystery and that Denver defense is too tough against the run, I’m not touching this game.

Prior to week 3, James Robinson had yet to top 10 points in PPR format leagues. Last week he faced a poor rushing defense but this week he will be facing a much tougher opponent. The Bengals held Dalvin Cook to a stat line of 20/61, David Montgomery to 20/61 and Najee Harris to 14/40. Bench J-Rob.

IMO the Steelers stink right now and we’re watching the corpse of Big Ben try to win football games. This game is going to get ugly quick and I’m not touching any of these Steelers WRs this week.

After a strong week 1, Hopkins has been trending down. Kyler Murray has been doing a great job of spreading the ball around and the Cardinals passing game is looking strong but Hopkins’s fantasy production is suffering. The Rams will be the toughest test the Cardinal offense has had this season and this isn’t the week I’m banking on a Hopkins bounce back performance.

With Tim Patrick emerging, Noah Fant is slowly declining. I love the talent but I’m not very fond of what I’ve seen from him this season. This week, he’ll face a Ravens defense that held Hockenson in check last week.