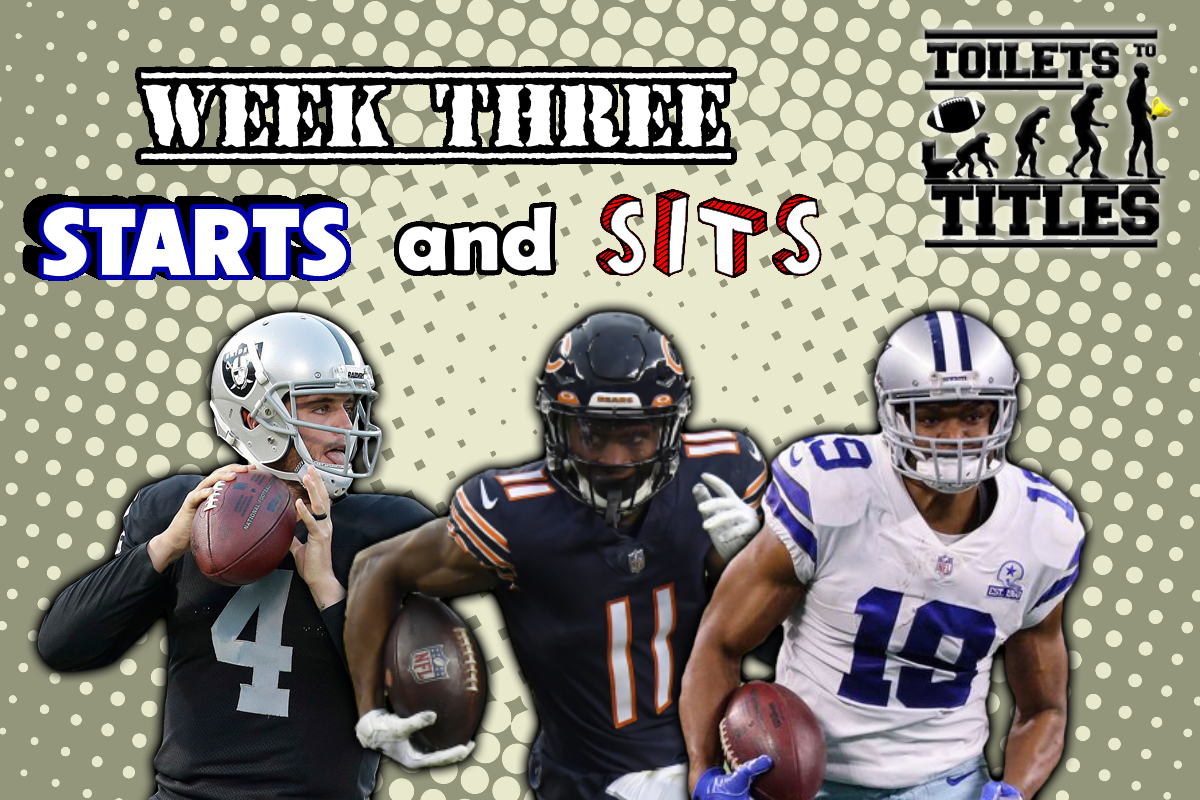 Week 1, Dak went off against that Tampa defense and I thought it was just week 1 jitters. Week 2, Matt Ryan throws for 300 and 2 tuddies. Matthew Stafford will continue the trend of 300 yard passers against the Bucs, start him up.

There’s a lot of people out there really trying to sell that it’s Latavius Murray’s backfield but I’m not buying! Every time Ty’son touches the ball, it’s clear he’s the better back. Week 1 he had 9 carries and in week 2 he had 13. Look for him to see 15+ in week 3.

This one feels a little bit like cheating. Saquon up until this point was an every week starter but with him recovering from that knee injury and the Giants not giving him a full workload, he hasn’t been a shoe in as a starter. The Giants are due for a win and Saquon should be ready to have the training wheels taken off. Look for Saquon to have a big day this sunday.

I don’t think Dallas will be able to run the ball consistently against that Eagle front 7. Amari Cooper was basically locked out of the game plan last week, I expect his number to be called this week. Look for some big numbers in this one.

Mooney had 6 receptions on 8 targets last week which was an uptick from week 1 where he had 5 receptions on 7 targets. He’s trending in the right direction and I think this will be the week he fully breaks out.

Noah Fant & Logan Thomas had decent outings when they faced the Giants this season. Kyle Pitts had 73 yards receiving last week but has yet to get into the endzone. I’m predicting Pitts doesn’t just get his 1st TD as a pro but he’ll find the endzone twice this week.

The Bears forced Joe Burrow to throw 3 INTs last week. Burrow is a better passer with more dynamic weapons than Baker. The Browns will try to rely on their run game in this one while trying to squeeze out a victory.

The Bills crushed the Dolphins last week but that wasn’t on the Miami secondary. Josh Allen was held to 179 yards through the air. This will be the toughest challenge Carr & the Raiders passing attack has seen this season and I believe they will struggle to move the football through the air.

The Saints rushing defense has been pretty tough so far this season. In week 1, they held the Packers to under 50 total yards on the ground. In week 2, they held CMC to 3.0 YPC. The Patriots backfield will have a tough time getting it going this week.

Neither regular season Lenny or Ronalds Jones have taken the reins of this backfield at this point in the season. The Rams will be the toughest front 7 TB has faced this season & I do not think this is a week you can afford to add any TB back to your starting lineup.

Callaway blew up in the pre-season…literally…he’s gone now.

I’m sitting MClaurin this week because I believe Heinecke will struggle in this one. TreDavious White will likely shadow Terry and that Buffalo front 7 will likely rattle Mr. Heinecke as they did Tua and Jacoby last week.

Cole Kmet was MIA last week and I have 0 confidence in throwing him into my starting lineup this week.