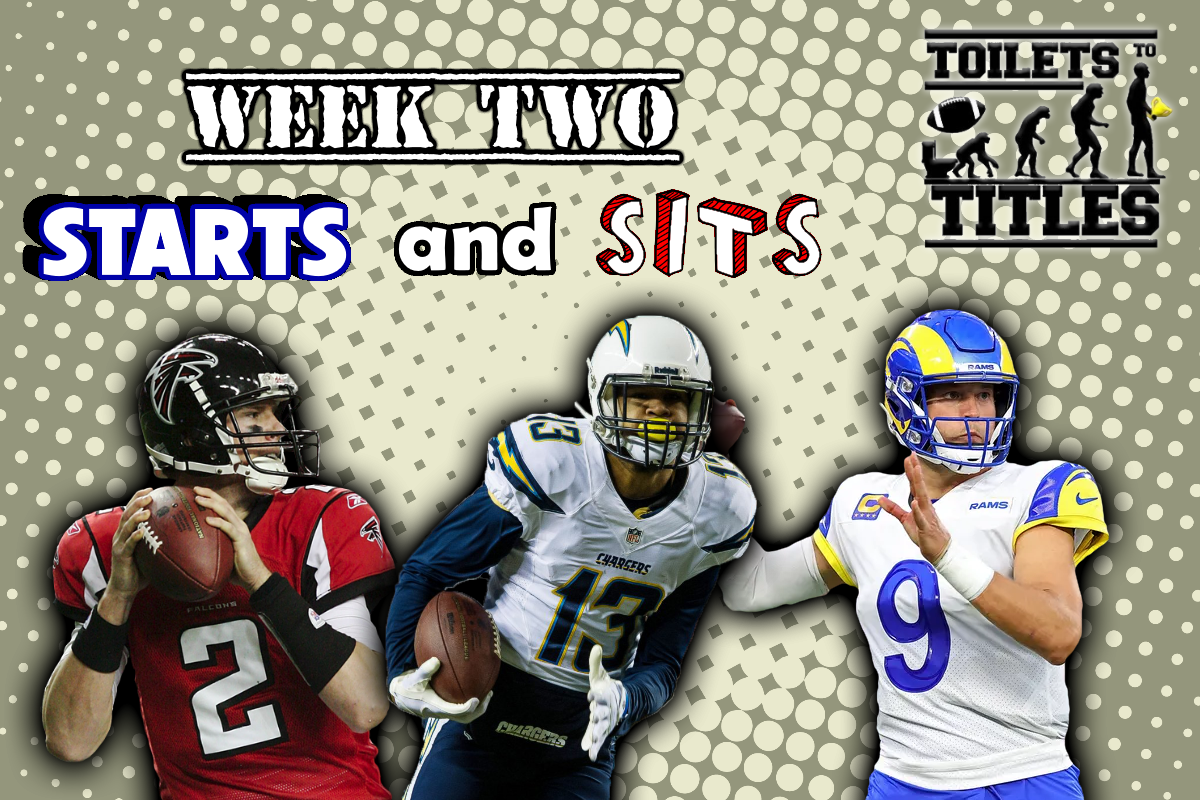 Stafford looked great against Chicago last week & will have a match-up against a Colts team that allowed Russell Wilson to throw for 4 TDs.

Like the rest of you, I too enjoyed watching Aaron struggle this weekend…that being said, I do not expect that to last. On Monday night, against a Detroit team that allowed Jimmy Garoppolo to throw for 314 yards, I believe Rodgers will bounce back in a big way.

AG  averaged 4.5 yards per carry last week against a solid LAC defense. This week he faces the NYG who just let Melvin Gordon run for 100 yards on 11 carries. With Fitz hurt, I expect WFT to lean heavily on AG.

In week 1, Dak and the air attack was heavily featured. I think Dallas will make it a point to showcase Ezekiel Elliott and make future opposing Defensive Coordinators have to consider stopping him when creating their defensive game plan. Also, Dak threw the ball A LOT in week 1, Dallas will look to give that arm a rest if they can.

Kupp looked phenomenal in week 1 & I believe he will continue to roll in week 2. We know Stafford is going to chuck, insert Kupp into all of your lineups and prosper.

A continuing theme this season will be that the Dallas secondary struggles to contain elite route runners. KA is exactly that. This will be a high scoring game and the Chargers will need to throw to keep up with that potent Dallas offense. KA may put up his biggest stat line of the season in week 2.

Last week I said to sit Hockenson vs. SF & I will not be making that mistake again. Dallas Goedert will face a SF secondary that allowed Hockenson to gain 97 yards on 8 receptions. The Eagles have more dangerous weapons on the outside than the Lions do and the 49ers will have a tough time trying to stop Goedert.

I know Hurts played well in week 1 but the Atlanta Falcons stink…the 49ers do not.  The 49ers defense played very well up until garbage time. Jalen Hurts will be facing that defense who was just embarrassed last week & I believe he will be getting their best effort.

Outside of the 1st drive, the Atlanta Falcons offense looked terrible. Don’t be fooled by Tampa Bay’s defense allowing all of the Fantasy Points last week to Dak & Co., that defense is still legit. I am avoiding Ryan at all costs.

Saquon was not fully unleashed in week 1 and with only a 4 day turnaround this week, I do not believe they will unleash him in week 2. WFT is a tough match-up in general, Saquon will get limited touches and his ceiling is low.

Urban Meyer chose to give Carlos Hyde 4 more caries than J-Rob week 1 against the lowly Houston Texans. This week, the Jags will face a Denver defense that only allowed 33 rushing yards by the Giants backfield in week 1. It’s a tough match-up and I don’t trust Meyer to feed him.

After watching the Jets in week 1, Bill will realize that Corey Davis is Zach Wilson’s favorite target. What does Bill do best? He makes young QBs uncomfortable. He will eliminate CD and force Zach Wilson to beat him elsewhere.

The Eagles held Matt Ryan to 164 passing yards in week 1. Jimmy Garoppolo will have a tough time this week consistently completing passes and I think the 49ers WRS will suffer.

The Patriots TEs pretty much split up the work in week 1 & I do not think the ceiling is there for either Jonnu or Henry. If I have any other decent options at TE, I am playing him over either of those 2.