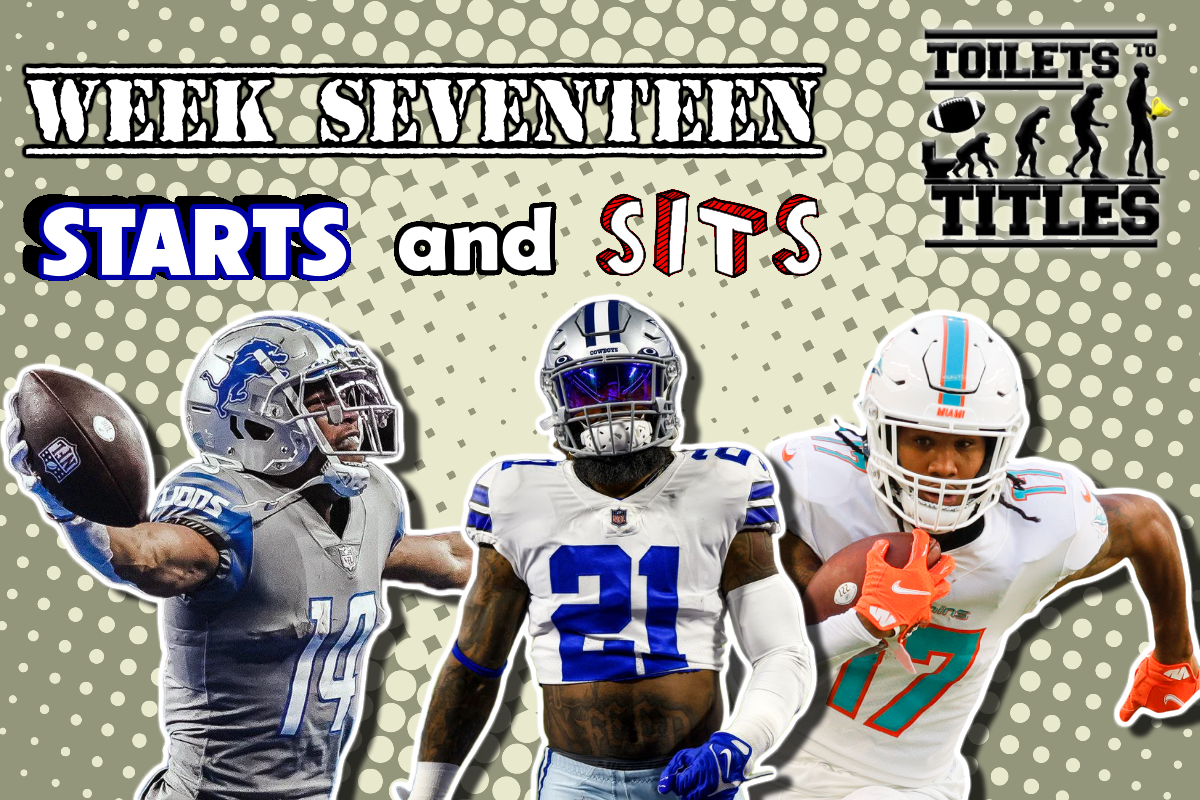 Man, just look at what Joe Burrow did to that Ravens defense last week. I want a piece of that so I’m starting Stafford everywhere.

The WFT are absolutely lifeless right now and Jalen Hurts will do his best to finish them (Mortal Kombat voice).

I’ve been starting RBs against that Chargers defense all season and it has been working for me. Though Williams struggled last week, he out scored MG. I expect him to have a big week in what I expect to be a low scoring game that will benefit the running game.

With Jimmy GQ out, I expect the 49ers to rely on the run game and the play action pass this week. Elijah Mitchell is expected back after a 4 week absence and he should be fresh. The Texans D has allowed the 4th most points to RBs this season…this looks good.

The only WR playing better football than Waddle right now is Cooper Kupp…and it’s not by that much. I’m 100% confident that you can slot Waddle in your lineup and expect no less than 15 points this week.

With WRs this week, I’m riding the hot hand. St.Brown is about as hot as Waddle and i expect him to keep burning up against a subpar Seattle secondary this week.

The Colts have given up the 4th most points to opposing TEs this season and Foster Moreau is coming off of a game in which he led all LV Raiders receivers in yards.

Denver has given up the 3rd least points to QBs this season. The Chargers looked off last week in a loss to the Texans and I’m not confident Herbert and co. can bounce back against this strong Broncos defense.

The Lion(Micah Parsons) is hungry and that Dallas defense is playing at an extremely high level. Murray had a rough week against the Colts and I expect another tough week for him vs. the Cowboys.

The Cardinals defense has played well against the run this year, allowing the 6th fewest points to opposing RBs this season. Zeke has played better over the last few weeks but ultimately he’s had pretty mediocre performances that were saved by TDs. I’m not counting on that TD this week, there’s just too much riding on it(the championship).

Miami is strong against the run and the Titans are rotating their 3 backs pretty evenly right now. I’m avoiding this backfield completely.

This is the 2nd time in 3 weeks that I’ve had Terry in my duds list. His QB play has been horrendous and his match-up this week is tough. I’m sitting him where I can.

Their QB situation is poor and the Carolina defense is very strong against the pass. I also don’t see this game getting out of hand in either direction so I doubt there will be any garbage time for these Saints WRs to salvage their day.

Schultz has been hot but he’ll face his toughest test of the season this week against a Cardinals defense that is allowing a league best average of 6 points per game to opposing TEs.