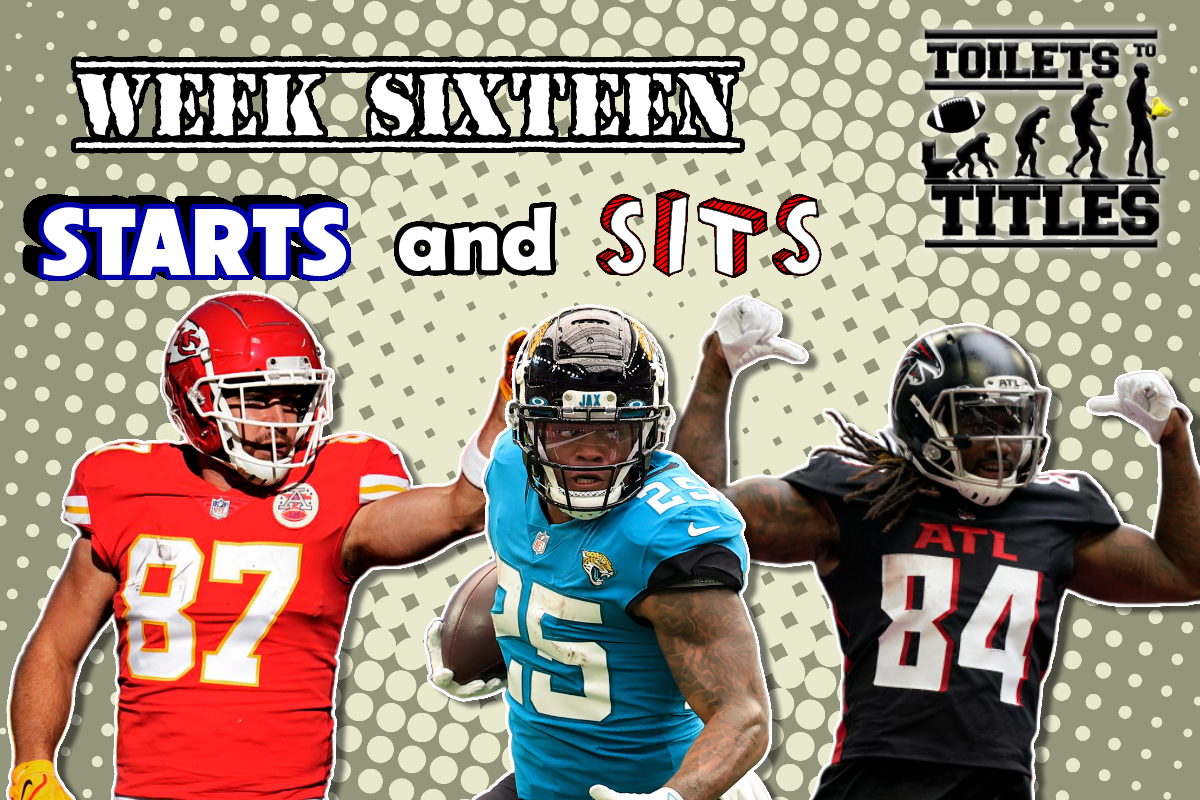 Covid hit the Rams hard over the last 2 weeks but after tonight, the team should be back ready to rock and roll by week 16. The Rams play the Vikings who are allowing the 3rd most Fantasy points to opposing QBs this season.

The Broncos offense has been ground attack heavy but with the injury to Teddy B and sudden switch to Drew Lock, I expect the passing attack to emerge in week 16. Sutton, Jeudy, Patrick and Fant will finally emerge. Too little too late? Yes…but also no if either of these guys helps you advance to the Fantasy Championship.

When Urban Meyer is away, James Robinson will play. Week 15, 18/75/1 TD. This week, Robinson faces a Jets defense that is allowing 30 PPR points a week to opposing RBs. Smells like points.

Cordarrelle Patterson was the gift that kept on giving to those Fantasy Managers lucky enough to pick up a share this season. Patterson helped get you to the playoffs and now he’ll carry you to the ship. The only team allowing more points to opposing RBs than the Lions are the Jets. This also smells like points.

The Titans are pretty strong against the run and to add to that, Elijah Mitchell may be coming back into the picture. I think this equates to less touches on the ground for Deebo but more action through the air. I expect big numbers against a poor Titans secondary.

Terry Mclaurin threw up a fat 0 against Dallas in week 14. That being said, I remember him hitting us for a total of 180 yards in 2020. Terry is a competitor and is also an elite WR. He will not go quietly. I expect a major bounce back performance.

Over the last 3 games, Fant has 13 receptions on 14 targets. Hes primed for a breakout and I believe it comes this week against a LVR defense that is allowing 16 points per week to opposing TEs.

Carr Struggled in week 15 against a tough, but banged up, Browns defense. This week he faces an even more stout Broncos defense. I believe this will be the 4th week in a row that Carr fails to top 5 fantasy points.

Last time Allen faced New England he went 15/30 in the snow. This week he faces that same NE defense, and a 40% chance of snow. I’ve seen this movie before, count me out.

2 weeks ago when Gibson faced the Cowboys, he was held to 10/36. I think the Cowboys go up early in this one and the game script dictates minimal opportunities for AG.

In week 15, James Connor finished 8/39 & Chase Edmonds 6/53. I think we’ll see another even split this week. Don’t expect either to put up any decent numbers against Darius Leonard, Deforest Buckner and the rest of that Colts defense.

Evans is dealing with a hamstring injury and he’ll also be dealing with added attention from the defense now that Chris Godwin and LF were removed from the lineup. I’m avoiding this play where I can.

2021 Fantasy Football disappointments? DK tops that list. I have 0 faith he will produce and this is another play I am absolutely avoiding where I can.

Minkah and Co are going to throw the clamps on Kelce this week. I also like the Steelers in an upset here. Call this one the gut feeling of the week.