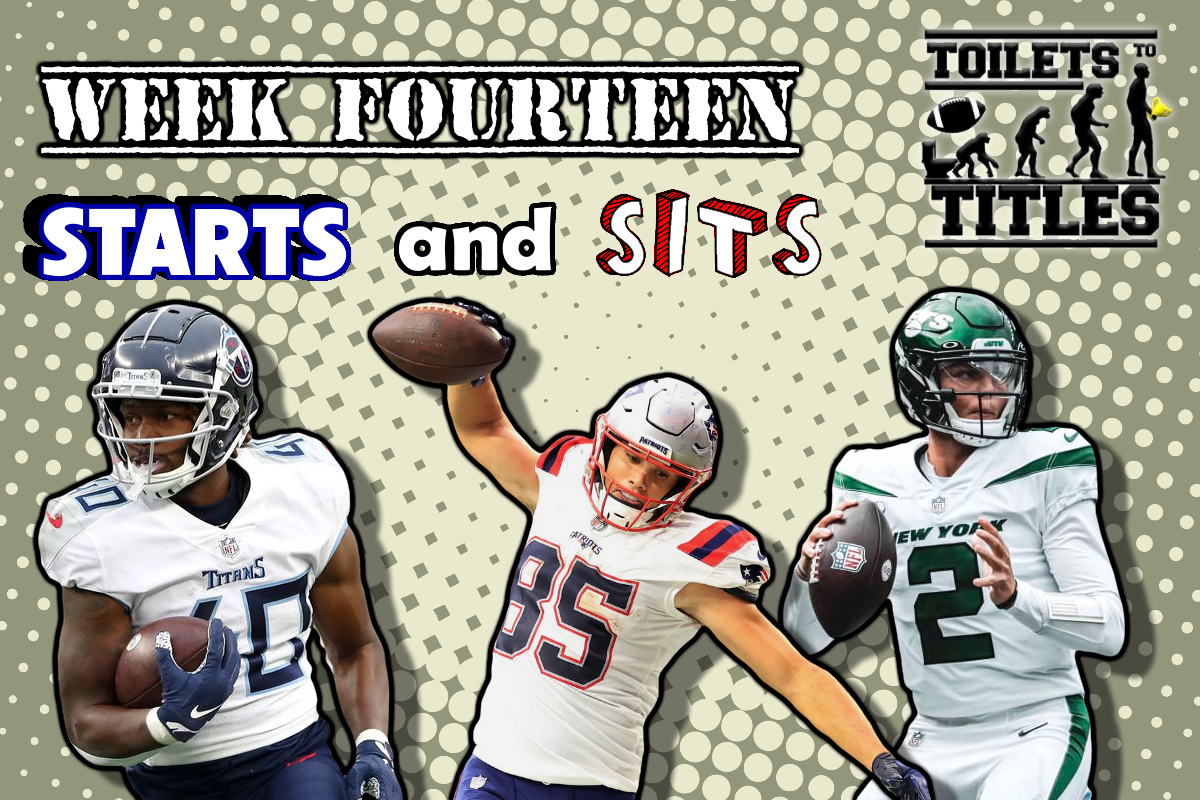 When it comes to the WFT’s secondary, nothing has changed. They are still the worst in the business. As long as that is still true, any time a stud QB such as Dak is facing them, they will dominate! QB’s love to pad stats too, even if it’s in the 3rd quarter before they start warming up the backup in the 4th.

I am a bit envious of Nate and John since I get to use their QB’s as my Dude QB’s for this week and I’m stuck with Carson Wentz… meh. Rodgers had 3 total TD’s as he OWNED the Bears in Week 6. The Bears are undoubtedly using that trash talk as bulletin board fodder this week, but it also undoubtedly will not matter as Rodgers does in fact, own the Chicago Bears, he’s just letting Virginia Halas McCaskey keep that owners box warm for him until he retires as a player.

Sometimes our boy Coach likes to throw in some guys that may not be as obvious as the top tier players against weak defenses, so I thought I’d give a less than obvious suggestion as well. When Derrick Henry went down, I really thought that backfield was Jeremy McNichols’ job to lose. Then unfortunately he did in fact lose it. It wasn’t that I thought McNichols was that great, but that I felt he was just better than anything else they had. I was clearly wrong. Hilliard has actually looked like a very solid and playable RB in the Titans offense and they will look to give him a heavy dose of opportunity with their WR Corp. still banged up against a bad Jaguars defense.

Chubba likely falls right back into that 15-25 touches per game role. SCam Newton proved 2 weeks ago that he still can’t throw. The Panthers for some reason abandoned the running game early and often in their last game against Miami and they paid the price for that with a loss. I have to believe that during the Bye week, head coach Matt Rhule has instilled the running combo of Cam and Chubba that they will need to run away with a much needed divisional victory over the hapless Falcons, because at this point he may already have his job to start considering.

WR – Elijah Moore Vs. NO

So Zach Wilson did learn something very special about one of his offensive weapons while he was injured and on the bench after all. That lesson is that he needs to find ways to get the ball to Elijah Moore! The Saints have a bad pass defense and the Jets will need to exploit that to give them a chance at winning this game.

We all know that James Bradberry is a pretty solid CB for the Giants. And while Adoree’ Jackson isn’t bad, he is the weaker link of the 2. Bradberry will likely be on Keenan Allen, leaving Mike Williams with another one of those matchups that he should be able to take full advantage of in route to another big game.

Knox did not play well this week in the 2021 Wind Bowl in Buffalo against the Patriots. Then again, almost everyone that played an offensive position didn’t exactly play great in that game. This week Knox will look to bounce back with a big game against a Bucs defense that has shown a weakness against TE’s like my weakness for puppies in TV commercials.

Wilson threw for 226 yards and 2 touchdowns last week against the Eagles. He finally put up some decent fantasy numbers against the eagles last week. But I’m not sure he’ll have the same luck against the stout Saints defense.

Lawrence has been pretty lacklustre throughout the season and I don’t see that changing anytime soon. Kevin Byard has been activated from the Covid-19 list and the defense will be hungry after the bye. The Titans need to get back on the right side of the win/loss column for the stretch run. What a better team to start against than the lowly Jaguars

The Bills rushing offense has been pretty poor lately, and after a tough loss to the Patriots the Bills are headed south for warmer weather. However their running backs aren’t going to have much fun in the sun. Tampa Bay is the second ranked rushing defense allowing 84 yards a game. Buffalo Stinks running the ball against lesser rush defenses, they’re going to show you what stink is this week.

Zeke was a big disappointment last week against the saints. Jerry told us he didn’t care about Zeke’s workload, but apparently Dan Quinn had other ideas. The Washington defense has been stout and zeke will have a tough time on his possible limited carries.

The lions defense stinks, but so does Teddy 2 Gloves. I cant start a single Denver receiver until 2 Gloves shows he’ll throw the ball to someone besides Albert O or Noah Fant.

Carr is 4th among the NFL in passing yards this season, and hell need to chuck it all over to keep up with the rolling Chiefs. Edwards snap count has been dwindling and Djax has more yards in two weeks than Edwards has since week 7. The chiefs defense has done a 180 and they’re playing very well. Waller could be back this week and Carr will focus his efforts to him and Renfrow.

Kmet has come on strong lately as a big target for the bears. The packers defense has been very tough against TEs. Green bay will shut down Dalton this week and Kmet wont have much luck.