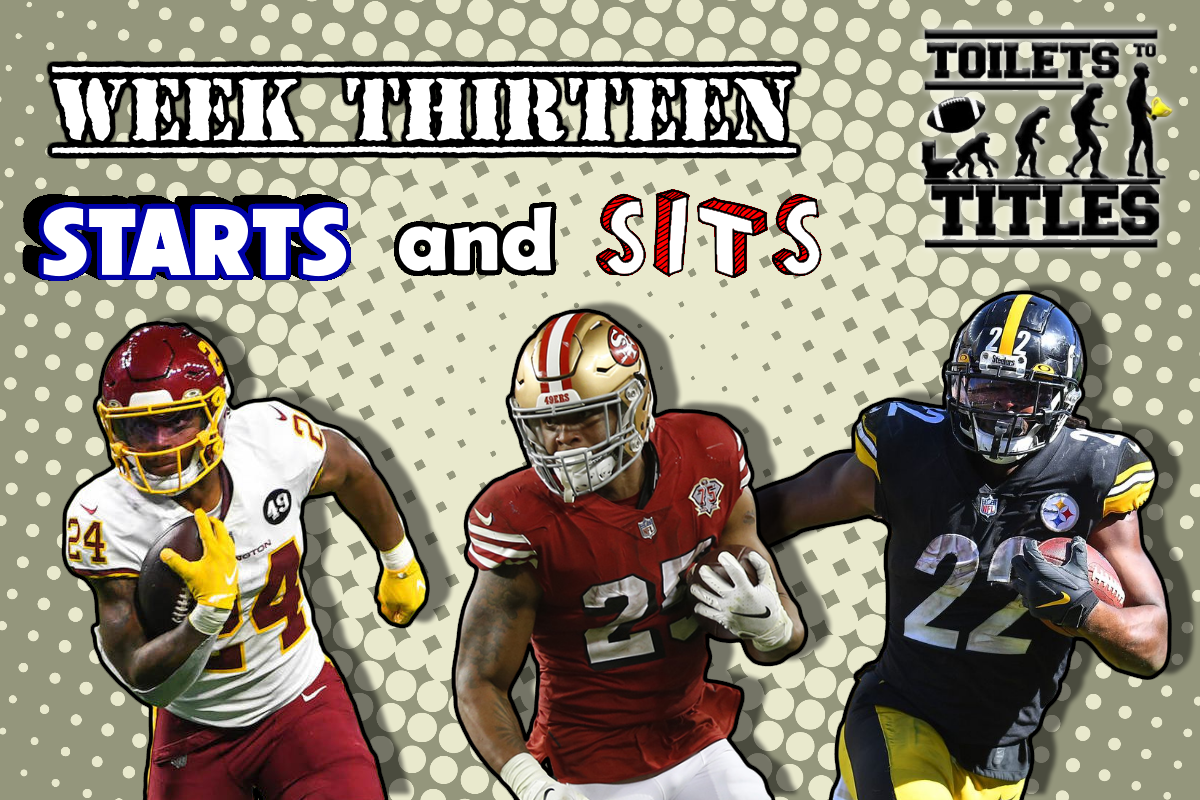 Stafford struggled early in GB but he started to get it together as the game went on. I’m looking for the Rams to get back on track this week due in large part to a big day through the air.

Hurts had his worst outing of the season last week against the NYG. The Jets are allowing an average of 20 PPG from opposing QBs, Hurts will get it done this week.

Mitchell came back from injury in a strong fashion. He was RB 3 in week 12 and will be facing a Seattle defense that just let up 152 yards on the ground. The Seahawks are reeling and Elijah is rolling.

Gibson ran strong and divisive which led to his best outing of the season in week 12, going for 111 on the ground and 7/35 through the air. McKissic took away a few touchdowns but he’ll likely be out this week due to a neck injury. More opportunity for Gibson, more production expected.

Smith was only targeted 4 times in week 12 which was his 2nd lowest amount of the season. Last time he had a low target week, he bounced back the week after with 22 point day. I expect a big week from Smith.

Lamb will be playing this week but Cooper looks doubtful due to him just being allowed back with the team and the game being on TNF. With Zeke banged up and the Cowboys ground game looking pretty bad these past few weeks, I expect them to throw the ball 40+ times in this one. Gallup should have a big day.

Freiermuth has become a reliable mid level target for Big Ben with 5 TDs over the last 5 weeks. PF left last week’s match-up with a concussion but if he gets cleared in time for this division game, I’m starting him up against a Ravens defense that has allowed the 5th most points to opposing TEs this season.

People with Mahomes shares don’t want to hear this if they are fighting for a playoff spot but Mahomes is going to struggle Sunday night. Denver’s defense is for real and they’ll be up for this division game.

Tua played better than Cam Newton last week but we need to really put that into perspective…Cam played terrible. The NYG defense has been playing well and are coming in hot off of a division win.

The Ravens just held the Browns(who I believe have a superior rushing attack to the Steelers) to 36 yards on the ground in week 12. Ben Roethlisberger is on his last legs and the Ravens will eliminate the run & dare the Steelers to try and beat them through the air.

This backfield was a 3 man split in week 12(Harris 11 carriers, Stevenson 9 carries, Bolden 4 receptions) & this week they’ll face a Buffalo defense that is only allowing 16 PPG to opposing RBs. Avoid this backfield.

The Raiders let up some decent points to the Cowboys WRs last week but most of those came in garbage time. The Raiders are holding opposing WRs to an average of 20 PPR PPG. The WFT will try to keep this one close with tough defense and a strong ground game which means Terry will get limited opportunities. I’m not liking this matchup for him.

DK has 14 PPR points combined over the last 3 weeks. Metcalf is likely frustrated and to make it worse, he’ll be facing Josh Norman this week who is a frustrater(is that a word?). I’m avoiding Metcalf where I can.

Kmet was a hot name in the FF community this past off-season as a guy who was expected to break out. With 2 15 PPR point performances in the last 3 games, he’s starting to live up to that hype. This week, he’s facing the Cardinals and the Cardinals just don’t let up points to opposing TEs. Don’t commit to Kmet in week 13.