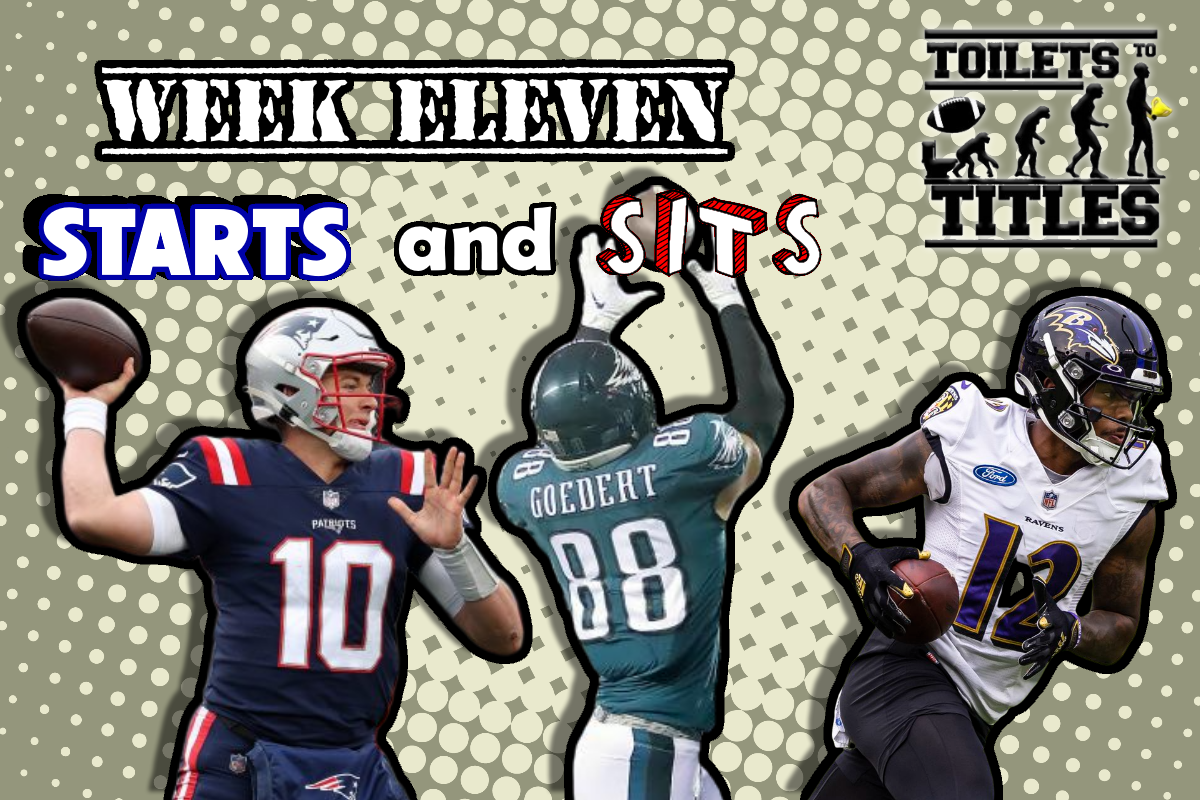 Mr. Jones threw for 3 TDs last week against a strong Cleveland pass defense. This week, he’ll face a Falcons defense that just got stomped in Dallas. Jones and Co should continue to roll.

Call me a sucker for this one but Cam Newton is lined up for his first start @ Carolina in 2 years. He’ll face a poor WFT defense without Chase Young. Sign me up.

Up to this point, James Connor has had a very productive season landing him at RB10 in PPR formats. I expect him to have a monster week against the 29th ranked run defense.

Before the bye, Mixon was coming off of back to back 20+ point performances with 4 TDs total. He’s heating up at the right time for Fantasy owners and the Raiders are his next victim.

We need more Moore! Over the last 3 weeks he’s given us 12, 27 & 13 point performances. Dolphins are allowing 42 PPR PPG to opposing WRs. I’m looking for another big Moore performance this week.

On DUD this week, Matt Waldman & I discussed the player Bateman can be and how we’ve been seeing it in flashes up to this point. This will be the game we all say Shoddy B(Nate) has arrived.

Knox came back from injury last week and had a quiet day (1/17). This week he faces a Colts secondary that has allowed 15 PPR PPG to TEs this season. I love the match-up.

Vaccinated Ben tested positive for Covid and was affected by Covid symptoms. He should be back this week but the Steelers will lean on the run if they are hoping to have a shot in this one.

It was almost an even split on the ground between Foreman and Peterson last week. Throw in McNichols taking touches in the air…I don’t want any piece of this back field.

The Bills had a juicy match-up against a poor Jets run defense last week and they exploited it by spreading the ball out between Moss, Singletary and Breida. Even in what should have been a monster week, we didn’t get a single monster performance. This week, they face a strong Colts run defense and I’m avoiding all 3 backs.

Tre’davious White and Co. have held opposing WRs to a total of 20 PPR PPG this season (a league best). This week, Micahel Pittman will be given the clamps.

I may have jinxed Patterson last week with my C Pat for Fantasy MVP claim. The Cowboys eliminated him from the Falcons game plan and Ryan struggled. Billy B will watch the game film and he will have a similar game plan set in place.

Goedert may sit this week with a concussion but if he plays, I’m not going to have my hopes up  for even an average performance. The Saints are only allowing 7 PPR PPG to TEs this season.