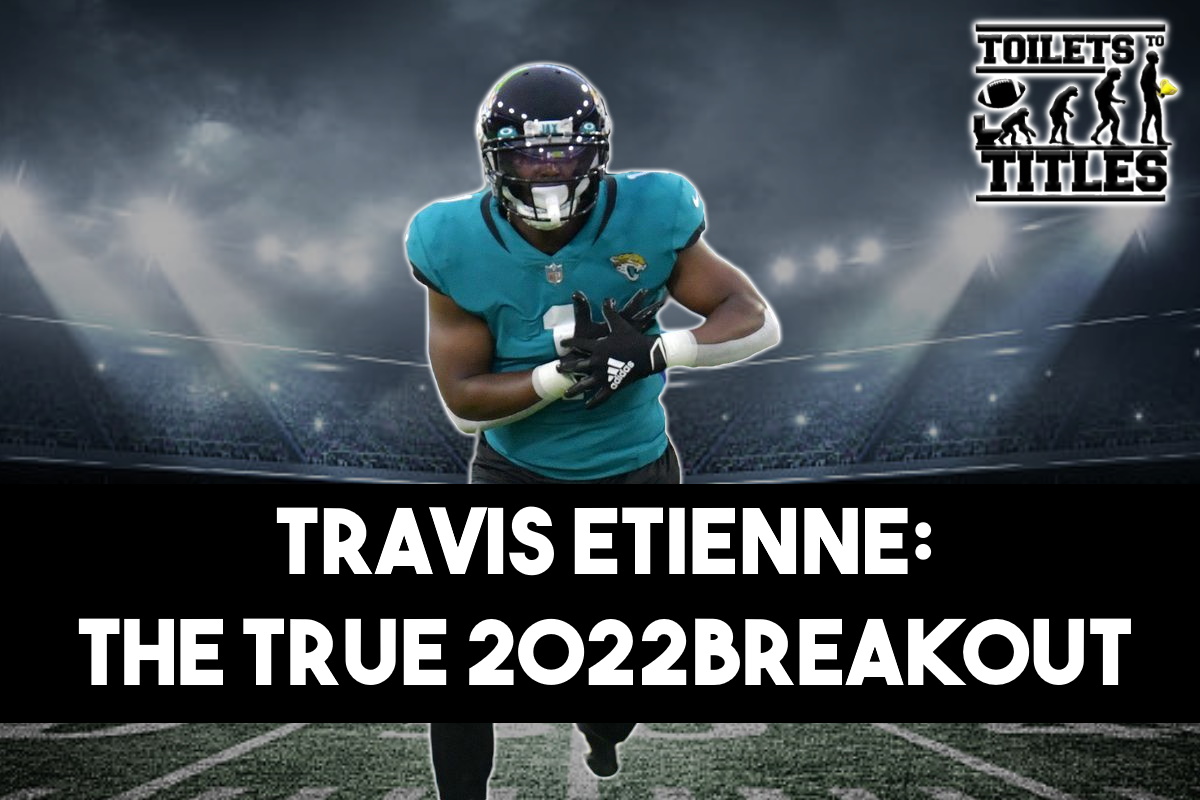 Travis Etienne, after a year out due to a foot injury, steps into an offense with a lot of opportunity and a lot of familiarity with his college QB under center. Contrary to the popular belief of many, including Urban Meyer, the Jaguars had an efficient running game last year averaging 4.5 YPC. Add to this the offseason addition of Brandon Scherff and you have a running game that could be top 12 in the league. But Etienne’s real strength in fantasy is his pass catching and TD potential, a player with a real possibility of 80-90 catches, elite athleticism, and true big play ability in open space. This is a back with 7.2 yards per carry and 11.3 yards per catch in college, along with 78 total TDs in his 4-year career. Trevor Lawrence targeted RBs last year at a 15.2 percent rate with less talented and less familiar pass catchers out of the backfield and James Robinson being rotating in and out for unknown reasons. I believe this will likely jump to 20 percent this year, as head coach Doug Pederson preaches about better decision making and patience. On plays in which Robinson or Jarod Conner is in the backfield, I expect the Jags to also line Etienne out wide, and possibly in the slot, to further take advantage of his elite athleticism. Many owners will fear the return of James Robinson but, as we saw last year from Cam Akers, a player’s return to the field does not indicate a player’s return to his former self. At worst, we could see a Jamaal Williams/D’Andre Swift-like timeshare in Jacksonville, with Etienne getting 180 carries and 100 targets if Robinson is back, and a much larger running game role if he isn’t. There is true Top 5 RB upside at the ADP of RB 23 (48th overall). 2021 D’Andre Swift is a realistic expectation if Etienne stays healthy. He should be a target of all owners with a zero/hero RB strategy. I would feel comfortable targeting him in late round 3 or early round 4. For those in Superflex leagues or the SFB, it would equate to his value, in my opinion, being about 5.02.