The Fantasy Side of Things: Deshaun Watson 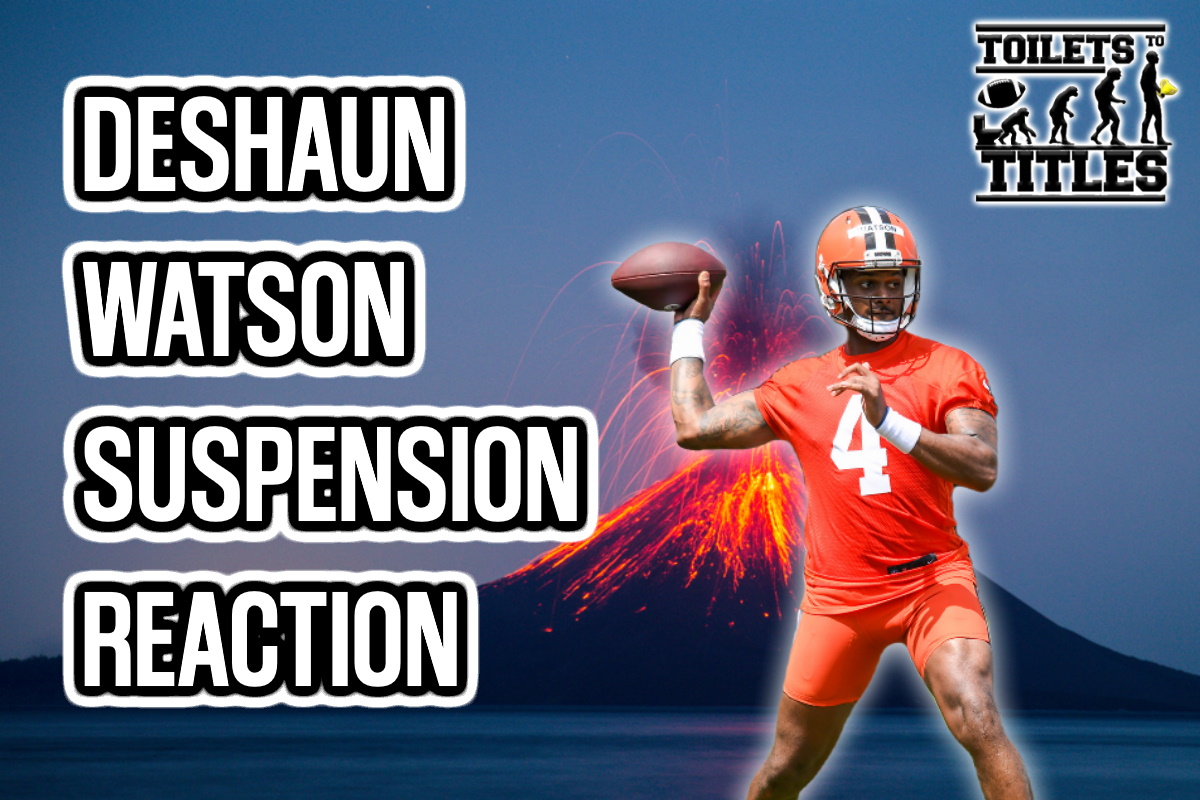 Well there we have it folks. Deshaun Watson receives a 6-game suspension, without pay. He faced 24 accusations of sexual misconduct. The ruling was handed down by disciplinary officer Sue L. Robinson. We’ve all said what we had to about the ruling, so now let’s shift focus to the fantasy side of things.

If you drafted already and took the chance that Watson was going to be playing this NFL season, you were right but if your draft is still yet to come, it’s time to rethink your rankings. With a measly 6 games suspension, Watson will have the chance to help carry teams into the playoffs, and, quite possibly, to championships as the new ringleader in the Cleveland Browns offense. Watson should quickly pick up where he left off in 2020.

Before being traded to the Browns, he was a top 5 fantasy quarterback for the Houston Texans. In fact, he was the QB 5 for 3 straight years before taking the 2021 season off. He’s capable of airing it out, and if nothing is there he’s willing to tuck the ball and take off. A dual-threat quarterback is always a value in any league format.

Now, he joins the Browns.  Where, he’s joined by the fellow new guy, Amari Cooper, the Browns new WR1. Cooper is a big play waiting to happen. He’s a smooth route runner, and capable of making the big play. Cooper has lacked consistency, but he sure does not lack ability. Expect him to take a hit during Watson’s absence, unlike the dual threat out of the backfield in Nick Chubb and Kareem Hunt, who will be the biggest benefactors with Jacoby Brisset taking over during the suspension.

Watson is set, for now, to come back on October 23rd against the Baltimore Ravens. I expect Watson to step right up and not miss a beat. Watson has been electric when he touches the ball, ever since taking over his rookie season. In his last full season, Watson threw for a career-high 33 touchdowns and 4,823 yards, while adding a career low in interceptions with just 7. He also added a fantasy-friendly 444 rushing yards, with an additional 3 touchdowns on the ground.

There are plenty of options to help you through those 6 games at the QB position, Danny Dimes? Davis Mills? Baker Mayfield? But once Watson is back from his suspension, he’s an instant top 5 option at his position and will give a boost to any fantasy roster.

It’s a very controversial situation with Deshaun Watson, but if you’re able to put personal feelings aside and look at the fantasy side of things, Deshaun Watson is an extreme talent at quarterback and deciding to draft the drama with Watson may just be the deciding factor of being in your league’s fantasy finals.