The Curious Case of the Atlanta Falcons 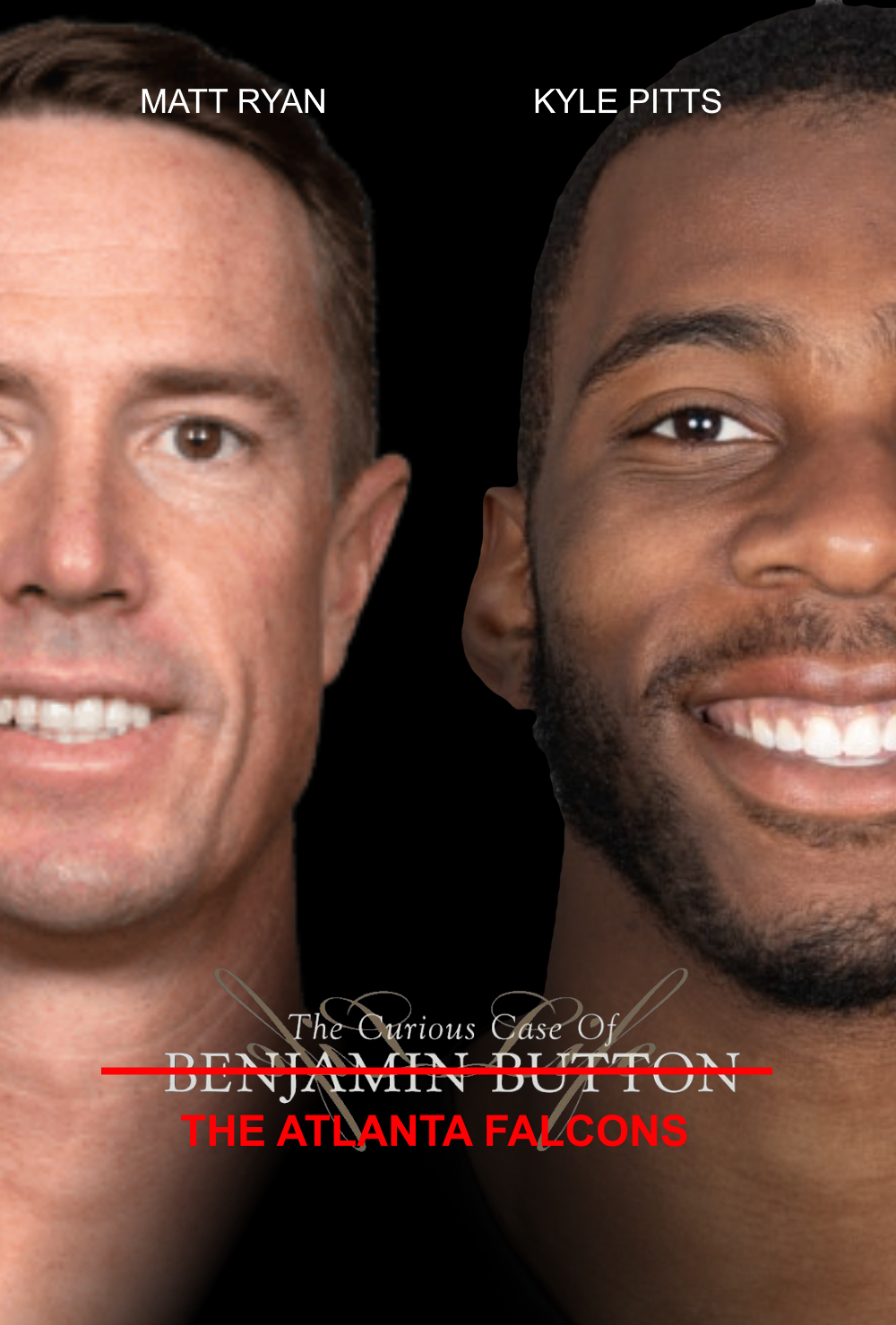 Mention 28, 3, and Atlanta in the same sentence and most football fans are going to know exactly what you’re referring to. The 2016 Atlanta Falcons took an 11-5 record to the Super Bowl and fell short in the most horrible of fashions. Since then, the team has been on a downward spiral with a questionable ability to get itself out.

Here’s another number that is not as synonymous but also creates fear in the minds of the Falcons faithful.  $40,525,000 that is the dead cap hit if they cut Matt Ryan in the offseason. To understand how we got here let’s go back to what has happened since that Super Bowl appearance.

The 2017 off season brought obvious frustrations for Atlanta however they had been so close to a Super Bowl win. Why couldn’t they make it again? They signed star running back to a new five-year, $41.25 million contract extension in August and had two 2016 draftees make the Pro Bowl. They had a legitimate belief they could do well in the playoffs and posted a 10 and 6 record before losing in the Divisional Playoffs. Their 2017 draft was not as successful as their 2016 draft and none of the selections are still with the team.

2018 was tough with injuries and the Falcons ended 7-9 however their draft, while not amazing, did net them Calvin Ridley and several players still on the team. Once again, the interesting thing from an outsiders’ point of view is the Falcons aren’t splashing out on big name free agents however big contracts for Matt Ryan, Julio Jones, Desmond Trufant, Jake Matthews, and Alex Mack mean they are pushing up at the cap.

2019 don’t adjust your televisions! 7-9 again and once again not an amazing draft however 5 of the players are still on the team! Grady Jarrett was franchise tagged which again made their salary cap interesting however no rash signings to speak of!

Devonta Freeman, Desmond Trufant, and Takkarist McKinley were costing 10 million against the 2020 cap, however most of their big-name players were at least average to good players. However, another draft of players still on the roster brings to focus the issue with the Falcons. The two 2016 draftees to make the Pro Bowl were the last Falcons draftees to make the Pro Bowl (although Calvin Ridley is a second team All-Pro from 2020 yet amazingly never a Pro Bowler.

2020 saw a 4-12 record and Dan Quinn was fired. They selected Kyle Pitts to try and get back to the playoffs then traded Julio Jones for cap reasons (in hindsight it is appearing to be a decent move) and they are now looking like another top 10 draft selection.

The Falcons don’t appear to have too many horrendous contracts (every team has some) yet they just haven’t drafted any top line talent to fill the gaps. Takkarist McKinley looks bad now with Tre’Davious White going the next pick and TJ Watt and Ryan Ramczyk going within the next 5 however McKinley was highly rated coming into the draft most thought it was a decent pick for the Falcons.

2018 saw them take Ridley in the First which was a brilliant pick, which the rest of the draft was a bit ho hum (depending on your thoughts on Russell Gage) its not like Pro Bowlers were going off the board around their selections.

2019 likewise they got Chris Lindstrom at 14 and Kaleb McGary at 31. Depending on your thoughts on them they could have perhaps got lucky with an AJ Brown or DK Metcalf in round 2 however with Julio Jones and Ridley on the roster it’s hard to see them making those selections.

2020 the expectation was they would take CeeDee Lamb and it’s hard to look at their team right now and suggest they shouldn’t have taken him over A.J Terrell and it’s also difficult to look at round 2 and see them taking Marlon Davidson over Chase Claypool, Trevon Diggs, Cam Akers, Jalen Hurts, JK Dobbins, and AJ Dillion.

However, to me the biggest issue the Falcons have is not critically looking at their roster and understanding they just aren’t a top tier team. They got into salary cap issues not because of poor external signings but instead of overvaluing their own players and kicking the can down the road on Matt Ryan.

Kyle Pitts to me feels like getting the most expensive stone benchtops for your house while you haven’t even put the bricks up yet. They picked a Tight End who is really a Wide Receiver (meaning not a lot of blocking) which leaves their old deteriorating quarterback with little time to throw and not enough talent on the team to take advantage of Pitts’ talents.

One has to wonder if the Falcons should have gone Justin Fields or Mac Jones considering the lack of depth at quarterback in the upcoming draft as well as several poor teams already below them in the draft order. They drafted Pitts and restructured Matt Ryan for one last run; however it’s not remotely clear where that run is taking them.