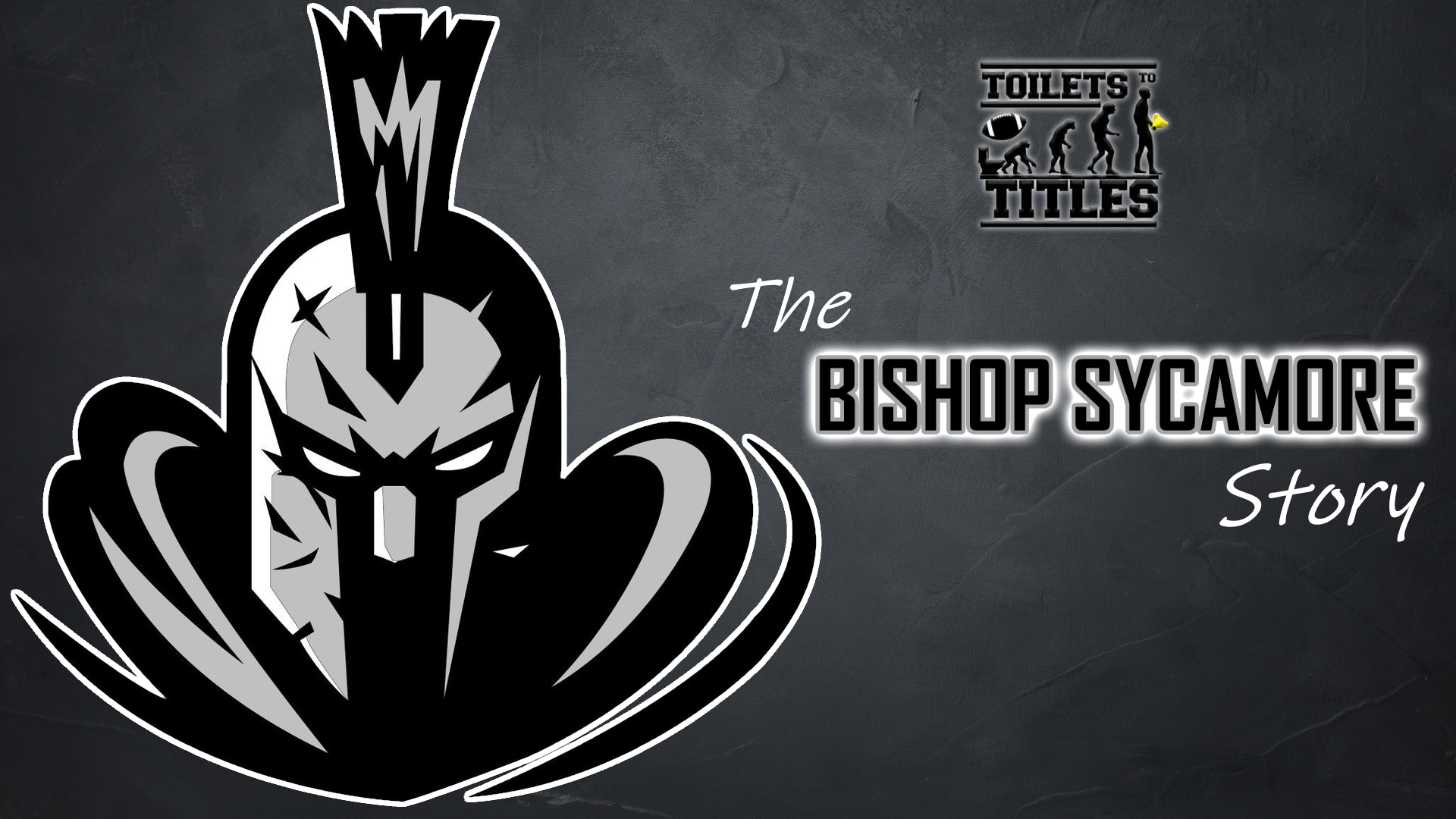 For many of us High School football is far down our list of interests. Unless you are linked to the school involved, the results from week to week only matter to the desperate Devy die-hards trying to find diamonds in the rough.

However this week we have received a story that is like few others and we at Toilets to Titles felt we had to get as much information in one spot so you don’t have to!

This week saw the High School football season kick off with the “GEICO ESPN High School Kickoff” being shown on ESPN. Seven games of some of the best and brightest high school teams were played from Thursday to Sunday.

The last game being IMG Academy in Florida, a well known power house playing Bishop Sycamore of Ohio in the Tom Benson Hall of Fame Stadium in Canton, Ohio. The result was a 58 to 0 win for IMG with the sporting world wondering who this “Bishop Sycamore” was and who were the top college prospects they had suggested they had. Even during the game the ESPN commentators were skeptical about the talent of Bishop Sycamore’s roster. The also inexplicably played two days before the IMG Academy game a 19 to 7 loss to Sto-Rox.

Bishop Sycamore was founded sometime in the last 4 years. I say “sometime” because their founder Andre Peterson had been suggesting the school had been founded 4 years ago but since changed that to 2019. It declares itself as an “Online Charter School” the online part largely due to Covid however no address exists for it in Ohio. According to the Ohio Education Directory System (OEDS) they don’t exist as a school.

They can be found on MaxPreps with an address of “303 S Grant Ave, Columbus, OH, 43215” which appears to be the Franklin University Library.  If we search for David Brown and Bishop Sycamore we find a buzzfile page with an address of a car park out the front of Daymar College. On MaxPreps we can also see their schedule from last season where they went an uninspiring 0 and 6 while being outscored 227 to 42.

They have a website which can be found here:- http://www.bishopsycamore.org/ however at the time of writing it was largely blank. Using the wayback machine which maintains copies of old websites we can see that there was content and that has been removed .

There were 5 posts generated by parents of players no longer linked to the program, a blank About Us page and the promise of “2021 Schedule coming soon!”. All in all it appears to be a website hastily created and never quite completed.

Their coach for the IMG game was Roy Johnson who has since been fired from the team. He has an active warrant in Ohio, and is also facing a civil lawsuit. According to Yahoo :-

Johnson faces an active warrant in Ohio “for failure to appear in a domestic violence case that was eventually dropped to a criminal mischief charge,” according to Fox News. The warrant was issued July 2 and remains active.

In addition to that, Johnson will go to trial after defaulting on a $100,000 loan from First Merchants Bank. Johnson used that loan to operate Christians of Faith Academy.

Johnson also faces a civil lawsuit after he allegedly did not pay a hotel over $100,000 to house football players in 2018.

Sadly the bad publicity has led to most of Bishop Sycamore’s opponents pulling out including Duncanville and Johnson Central.

We don’t at this early stage know what the general motivations of the people running Bishop Sycamore are; however despite unconfirmed reports on the ages of the children involved we have not yet found any evidence of any wrongdoing of the players. However they should recruit a punter so their quarterback doesn’t need to do this!

From ESPN’s point of view they released a statement blaming Paragon marketing who handles their High School scheduling, which I mean sure. If only they hadn’t released this and this talking about Bishop Sycamore meaning at least a few people had to have at least done some investigation into the school.

For the players involved, being shown on ESPN is probably a dream come true and for the rest of us it’s one of the craziest stories of 2021!