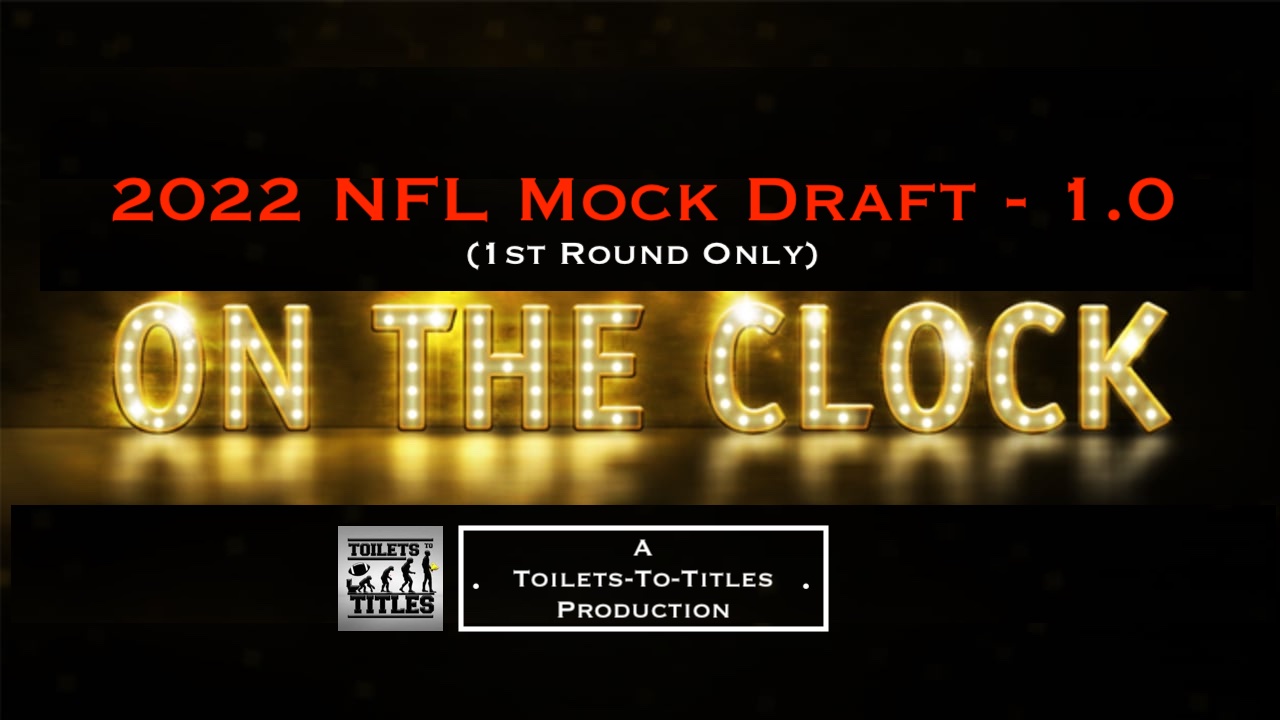 Toilets-to-Titles hosted its “2022 NFL Mock Draft – 1.0” on Wednesday, March 16, 2022, in which @JoeJ_Clark @JustinFF_ @FritoBandito_FF and @Alexo_ff drafted a player for each team in the first round only.  No trades were allowed and this draft took place before some significant trades transpired that altered the NFL draft landscape, such as Matt Ryan being traded to the Colts, Davante Adams to the Raiders, and Tyreek Hill to the Dolphins (as just some examples).

In the chart below are the results of that draft, and I think we did a very good job while also providing (in the video) our rationale for each pick, for each team.  The draft was conducted using the Pro Football Network (PFN) draft simulator.  Clicking on each drafted player takes you to the PFN profile for that player.  Enjoy!