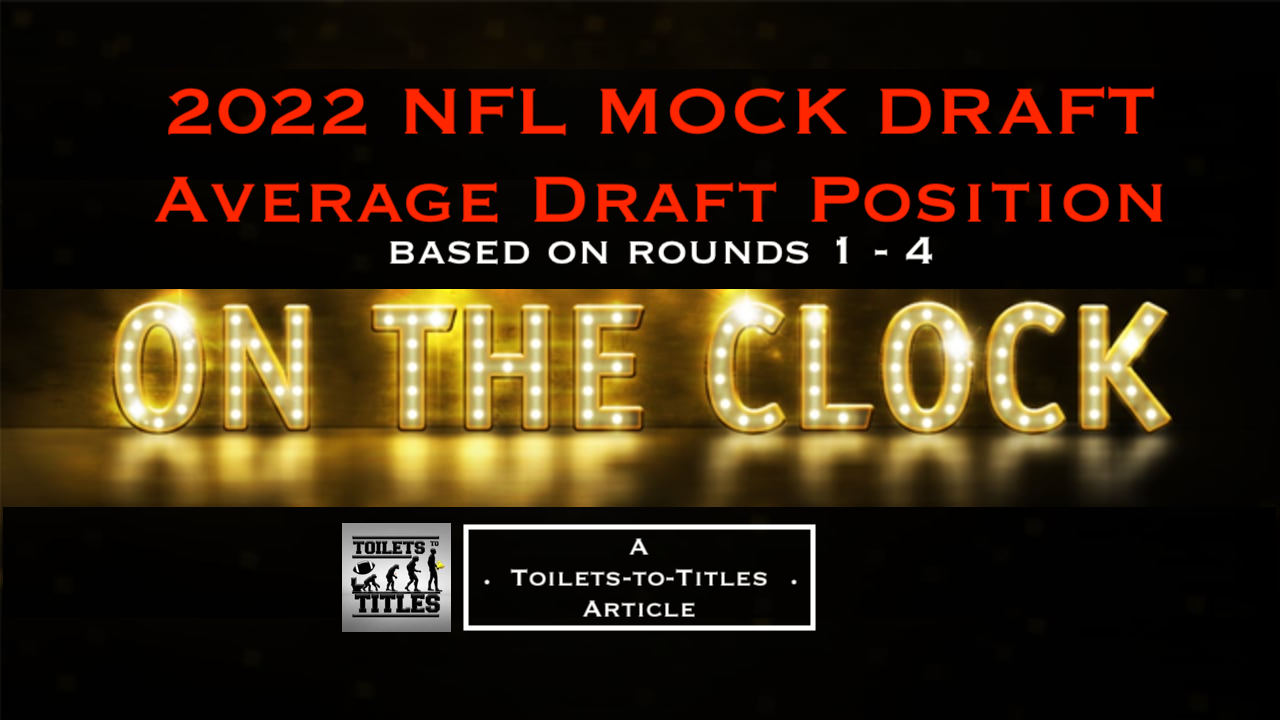 The column at the far right – Round Value / ADP (Average Draft Position) – is what paints the picture so far.  This is the average position they were taken in the first three mock drafts.  According to the combined results of our first three Mock Drafts, it looks like the players from EDGE Aidan Hutchinson (ADP 1.01) to WR Treylon Burks (ADP 1.28) are virtual locks to be taken in the first round of these year’s NFL Draft.  It appears to me that the remaining players with an ADP that begins with a “1” can also go in the first round, or possibly drop to the second – that is, the players in between OG Kenyon Green (ADP 1.43) to RB Breece Hall (ADP 1.87).  If they fall to your team in the second round, then consider it a bit of a steal because it looks like they have first round value.

I’m taking away the same thing for the second around where it appears to me that players ranging from QB Sam Howell (ADP 2.04) to DT Phidarian Mathis (ADP 2.32) are almost guaranteed to go in the second round.  And if they slip to your team in the third round?  Then you probably got great value and a steal.

The same, of course, goes for the players taken so far in the third and fourth rounds, but as of right now we’ve picked players as far as the fourth round only once, so that’s not much of a sample size to go off.  It’s really the first three rounds where the picture is being painted and/or a story is being told.  I’m going to provide an update to this chart after we’ve done Mock Draft 6.0, which will provide more visibility into the likelihood of which players are going in rounds 4 and 5.

There are some outliers such as WR Jameson Williams having an ADP of 1.14.  Given his injury, there’s a good chance he’s not taken in the first round, especially with the good amount of WR talent in this draft.  He’d been auto-selected in the first round in Mock Drafts 2.0, 3.0, and 4.0 by the PFN Draft Simulator, and not by any of us who were manually drafting for some of the teams.