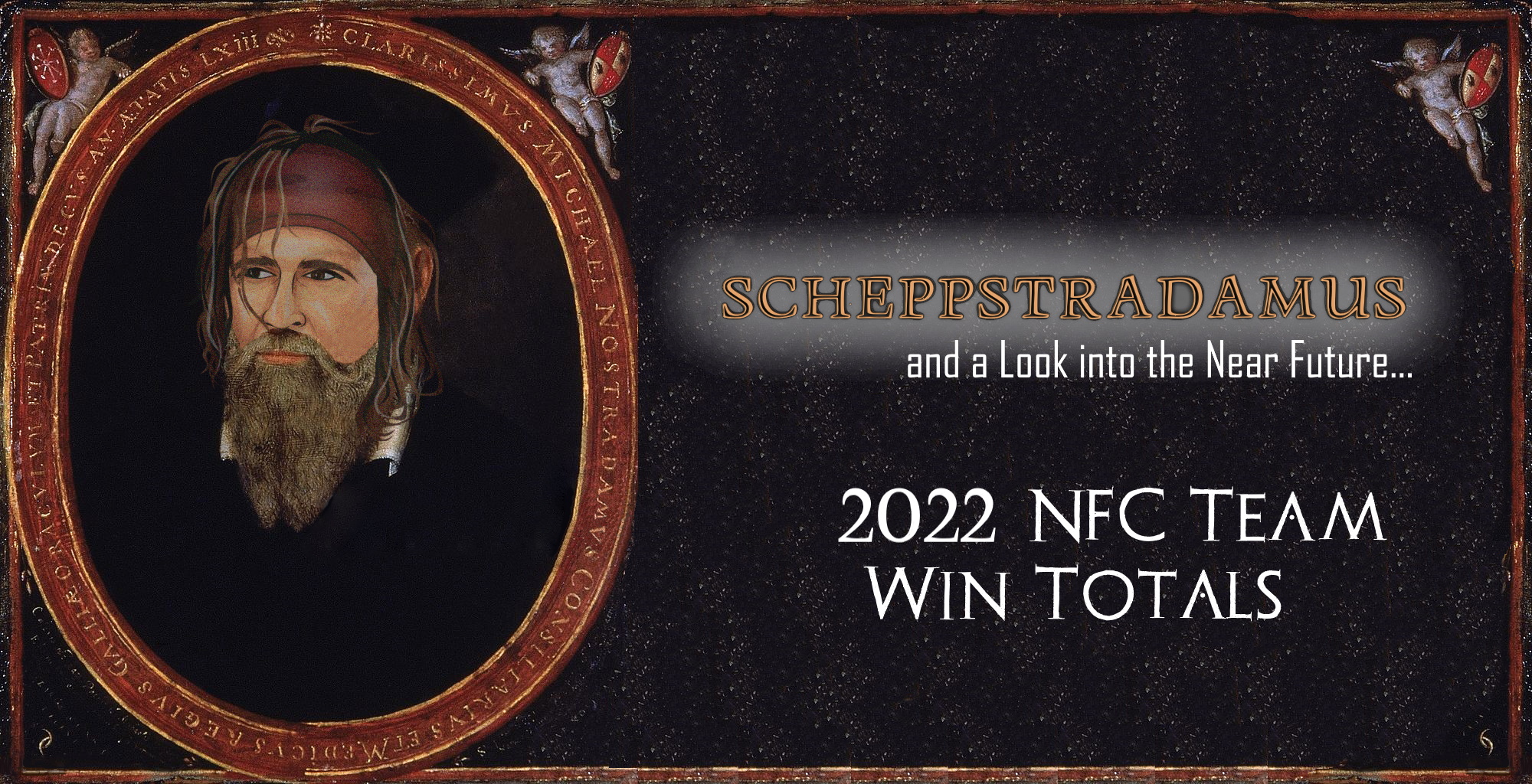 After peering into my crystal ball and gazing upon the rough terrain of the AFC, I now shift my attention to the NFC. There are a lot of question marks surrounding the teams who have carried this conference in years past: Who will be the Packers WR1? Are the Seattle Seahawks tanking or do they actually believe Drew Lock is the answer? Can Trey Lance pick up right where Jimmy G left off? Unfortunately, my crystal ball has yet to shed any light on these situations, but it has led me to the following 3 win total predictions.

For a Viking, success means the culmination of their life ending with a trip to Valhalla. For the Vikings, success means the culmination of their season ending with a trip to the playoffs. These Vikings are led by young superstar WR Justin Jefferson. Jefferson may not be able to lift Mjolnir but his performance this season, as well as that of Dalvin Cook, Adam Thielen, Irv Smith, and Kirk Cousins should lift their offense to that of the NFL’s elite in 2022. Lewis Cine, who was selected with the 32nd overall pick, should pair up with Harrison Smith to make up one of the most fearsome safety tandems in the NFL. The Lions are just walking out of a rebuild, the Bears are likely in the midst of one, and the Packers have quite a few questions surrounding their offense…the NFC North is right there for the taking and I expect these Vikings to conquer it.

The vision presented to me now is of a bear in hibernation. I get the feeling that this has been a long hibernation…a very long hibernation. Justin Fields presents promise and hope for Chicago fans but GM Ryan Poles has failed to surround his young QB with protection and a legitimate WR1. Darnell Mooney should have WR2 upside in Fantasy Football this season, but he alone cannot save the Bears offense. With Khalil Mack being shipped to the Chargers, the defense will lean heavily on Roquan Smith to be their champion. Smith and Fields will take their lumps this season and the Bears will be put to bed early.

I gaze once again upon my crystal ball, and I see a screen. This screen is blurry and it is hard to make out what is on it. Is it a game film? Is it Call of Duty? My uncertainty shifts to confidence as the vision dissipates and a Cardinal flies through the smoke that remains. Kyler Murray got the bag and the Cardinals brought in a familiar target in Hollywood Brown as the cherry on top. Though DeAndre Hopkins will miss 6 games this season, veterans Zach Ertz and AJ Green and the young talent in Trey McBride, Rondale Moore, and previously mentioned Hollywood Brown should form a formidable receiving core. James Conner consistently found the endzone last year, totaling 15 TDs on the ground and 3 through the air. I do not expect him to match those numbers but I also feel he won’t have to for the Cardinals to be successful. A defense led by Budda Baker and young breakout candidates Isaiah Simmons and Zaven Collins had the team ranked 11th in yards per game allowed and points per game allowed last season. I expect the defense to improve and the team to succeed.

The Fantasy Side of Things: Deshaun Watson
32 Teams in 32 Days- Tampa Bay Buccaneers