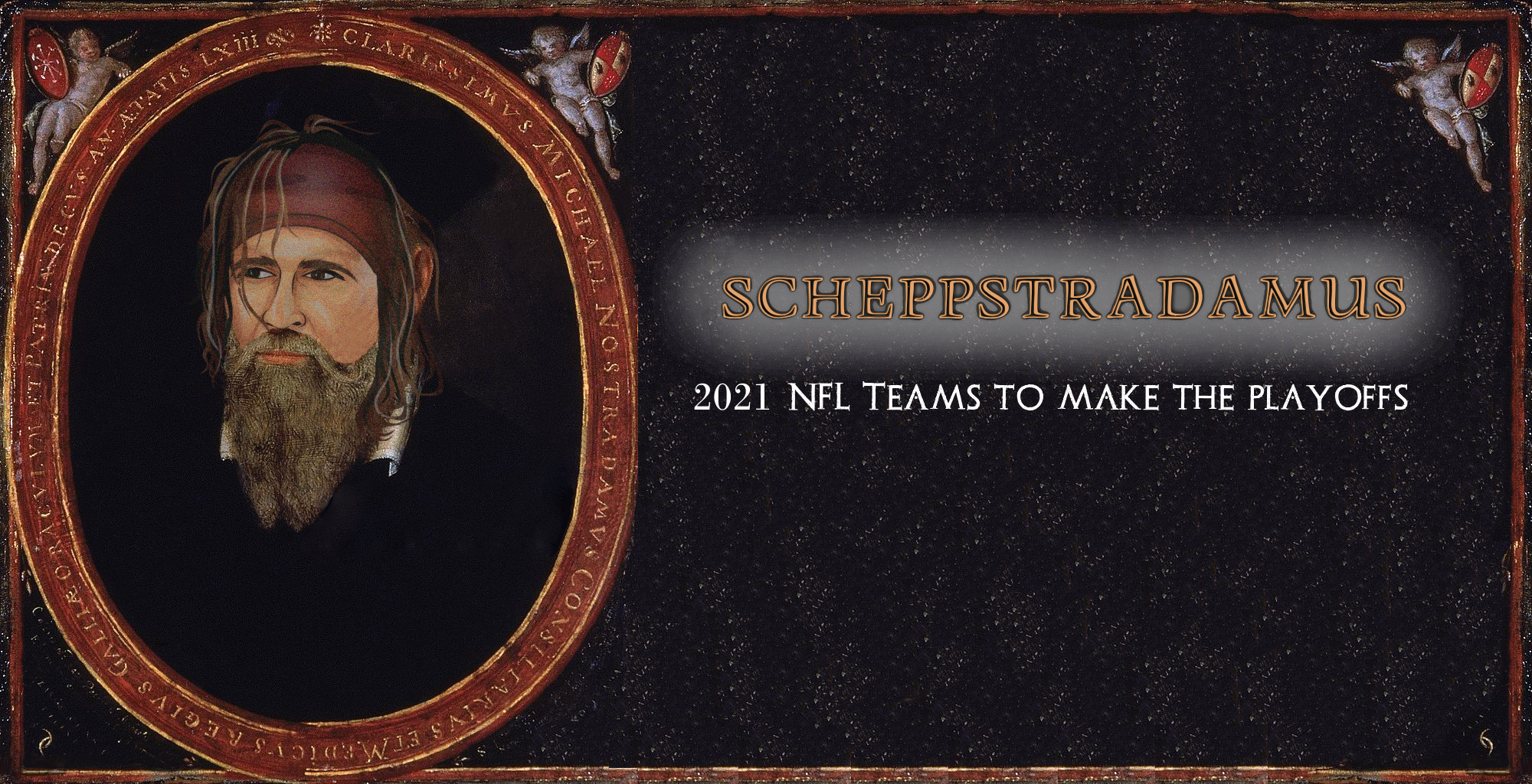 In the 1st article of the Scheppstradamus series, I participated in a decent amount of humble bragging about some of my previous picks before peering into my crystal ball and making some 2021 regular season win total predictions. If you are a gambling person like myself, I suggest you take a look at that article if you have not had the chance yet.

In this article, I will be making my case for a few teams that I believe will or will not make the playoffs. Now, there are a handful of teams I could easily predict to make or not make the playoffs but, as far as betting goes, the juice is not worth the squeeze. The teams below have odds that I’m willing to pay to play…and I believe, win.

In my 1st article of this series, I predicted WFT will end the season 10-7. I think that record is good enough to put them at the head of the pack in the NFC East and a berth into the playoffs.

I discussed the LA Chargers in my 1st article as well and predicted the LA Chargers will finish the season at 11-6.  While finishing 2nd in the AFC West, the 11-6 record should be enough to help them snag a Wild Card spot in the playoffs.

The Colts are a very intriguing team this season even if Carson Wentz’s foot injury keeps him out for an extended period of time. At this point we do not know if he’ll be at the helm at all this season but what is really going to be the driving force behind this team is their defense and their run game. Jonathan Taylor is a dude and behind that phenomenal offensive line he will likely finish top 5 in rushing yards this season. Whoever is playing QB will have the benefit of that and it should support the play action game tremendously. On the other side of the football, they are led by All-Pro’s Darius Leonard & Deforest Buckner who should give opposing offenses a lot of trouble this season. The Colts will make the playoffs…maybe hold off on placing this bet until we know for sure if Carson is out. If out for an extended period of time, the odds may swing even more thus giving you a bigger payout for them clinching.

Yes, I am predicting that 2 teams from the AFC South make the playoffs. The Houston Texans stink and the Jacksonville Jaguars are a minor league team with a few young star prospects who are going to need some time to develop. The Titans and Colts will both be handed 2 easy wins each. Really though, the Titans do not need to be handed anything. I am actually very confident in them making the playoffs. Ryan Tannehill is for real and he now has Julio Jones to throw to along with AJ Brown. Derrick Henry is still the king and his job will only get easier with that passing game improving. Looking at that coaching staff as well as that defensive depth chart, the Titans are built for the playoffs…and we’ll be seeing them there.

It’s bad enough that Drew Brees retired but Michael Thomas will likely miss the first 8 games of the season and the Tampa Buccaneers are going to whoop up on them twice this season.  They also have to deal with a QB controversy. Will it be Jameis? Will it be Taysom? I don’t know…but in my opinion, it doesn’t really matter. The Saints are going to stink this year. They would need to have a defense like the aforementioned WFT in order to have a chance at just breaking even and frankly, their defense isn’t anywhere close to that. I predict the Saints will split with the Falcons and Panthers divisional series and beat the Jets, Giants and Eagles. With only that, they’ll finish the season at 5-12 missing the playoffs for the first time since 2016.

Sorry Denver, Aaron Rodgers will not be riding into town guns blazing this season. There’s still hope for Deshaun Watson but even if they manage to trade for him, Watson will likely miss a minimum of 6 games. Don’t get me wrong, Denver has some promising talent on that roster. I’m a big fan of Jerry Jeudy, Cortland Sutton, and Noah Fant. I also believe they made their roster better this off-season by adding Javonte Williams(an upgrade over Melvin Gordon) and Patrick Surtain. Here’s the problem though, one of either Drew Lock or Teddy Bridgewater will likely be leading the Broncos into battle this season. In a division with Patrick Mahomes and Justin Herbert, that’s just not going to get it done. My prediction is the Broncos finish the season at 7-10 and miss the playoffs…and wish they drafted Justin Fields.