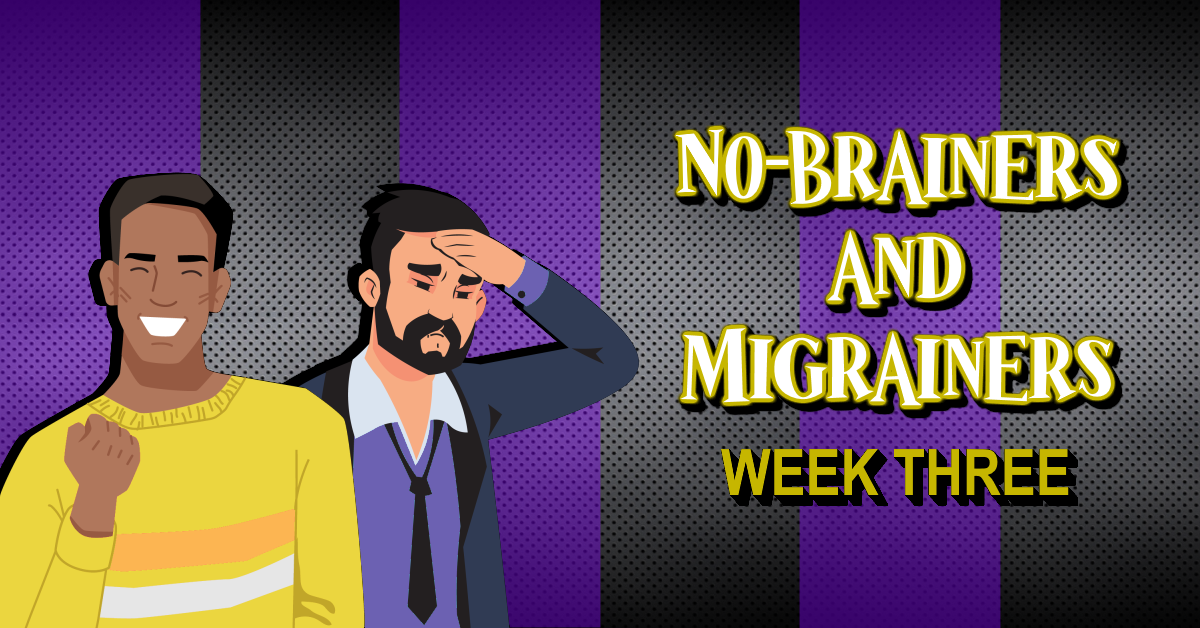 Baker is banged up, the WR core is banged up, and Chubb and Hunt are not banged up.  With all the turmoil in the Browns passing attack, I want both of the Browns RBs in as many lineups as possible.  We saw this team run all over the field in 2020.  They even turned to the ground game in week 2 after Landry went down and without Beckham in the lineup.  The other receiving options are not reliable in Cleveland and I presume Stefanski knows as he turns back to the running game in week 3.

Zeke owns the Eagles.  He takes his game up when playing this divisional rival.  He is also going to be at home in primetime.  If you’ve been worried about Zeke this is not the time to falter.  Roll Zeke out with complete confidence and watch the points rack up.

Jameis and the Saints looked a whole lot different in week 2 than they did in week 1.  I suspect Bill Belichik also noticed that.  Just like last week where Bill schemed against the rookie QB, Zach Wilson, he is going to make sure Jameis has the hardest time possible out on the field Sunday.  I think it takes at least another week before the Saints can right their ship and I’m not playing Winston against the Pats.

I know Derek Carr has been on a tear to start the season but facing Miami at home without their starting QB will most likely keep the score down and the game short.  It’s hard to sit a QB that has been tearing it up but I just don’t think the Raiders will need Carr to throw for a lot in a game where they can just play ball control and still probably win.  It definitely won’t be an easy decision to bench him but you might thank me.

It seems to me they built the offense around Patterson last week to try and mitigate the Buccs stout run defense.  He was used in a lot of gadget plays to get him into free space but I don’t think that gameplan or Patterson is sustainable.  I picked him up in a few leagues off of waivers but I want to see the offense centered around him again before I write it off as a gadget-esque game plan.

The Titans have been far less efficient with their play action passing attack since the season has started.  Since their OC moved to Atlanta to be a head coach, the offense has a hard time meshing and moving the ball.  In the second half of their week 2 game, they got back to their bread and butter, Derrick Henry.  Don’t think Seattle didn’t see that nothing else was working besides Henry either.  I would bet they try to establish Henry in the first half to make it look like that’s their new game plan every week.  But once the defense starts committing to the run, the play action game should come alive.  We saw Julio get some love and catches last week as well.  That just leaves Tannehill and AJ Brown who have been the odd men out.  I think they will get theirs this week.  The focus should turn towards Julio and Henry freeing up AJB.