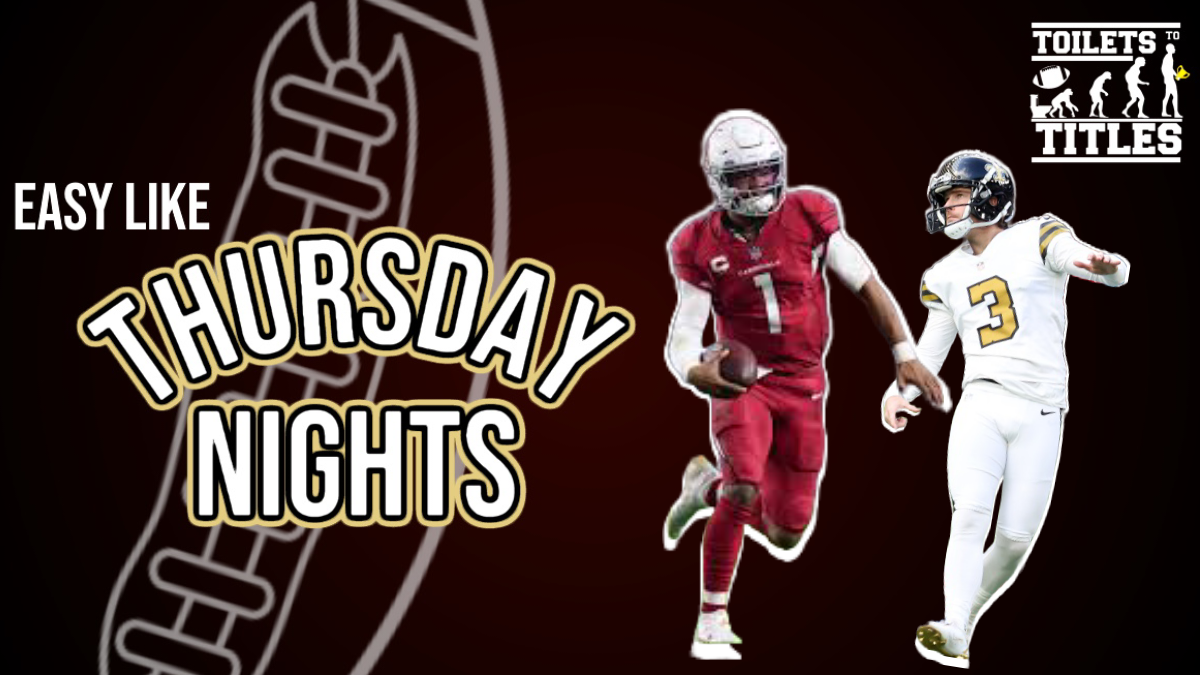 As we are starting to learn from the previous couple Thursday night games we will draw on any positive vibe or stat we can find to try and sell these games as compelling and week 7 should prove to be a bit of an easier sell/watch then weeks 5 & 6 were!

Both Saints and Cardinals fans would surely agree that their teams have drastically under performed to this point with both teams coming into Thursday night at 2-4. It’s also safe to say this is a must win game for either team who has playoff aspirations so hopefully desperation alone will up the level of competition and intensity that we just didn’t get from the Bears and Commanders

From a fantasy/DFS perspective there are actually a lot of players to at least consider when creating your single game line up for Thursday night.

The biggest fantasy headline coming into this game is the return and season debut of DeAndre Hopkins… Who knows what he will look like coming off an off season and 6 game suspension but what we know with certainty is that Kyler Murray and the Cardinals offense as a whole desperately needs every ounce of talent and production that DeAndre Hopkins brings with him when he steps on the field. His return also couldn’t come at a better time as Hollywood Brown suffered a major foot injury in their loss last week and will miss some time so Hopkins instantly becomes the WR1 in Arizona with an aging AJ Green and a finally healthy and exciting Rondale Moore at WR2/3. Moore is getting heavy targets since his return as has Zach Ertz who has proven to be a top 5 fantasy tight end this year and has delivered double-digit fantasy output every week so far this season (via Draft Kings).

In case anyone is behind on their breaking news, the Cardinals also acquired WR Robbie Anderson from Carolina on Tuesday to supplement the WR core after the Hollywood Brown injury. At time of press it was undetermined if Robbie would be available for Thursday night’s game. With James Connor and Darrel Williams both out it is looking like Eno Benjamin will get his second straight start at RB. People were very excited for his start last week but the whole offense was so bad in general it resulted in only approximately 8.5 points for Benjamin. He has the potential to rebound this week, however, he is NOT one of our favorite plays for the single game contest.

The Saints are a fantasy riddle that seem to have a different answer each week. Taysom Hill had a 35 point 3 touchdown week 5 but then came back down to earth in week 6. Alvin Kamara went for 25 touches in week 6 which is always a good thing and both Andy Dalton and Jameis Winston while struggling to produce wins are proving to be able to move the offense down the field and produce fantasy points. The injury to WR Michael Thomas has certainly hurt, however, the emergence and surprise consistently of rookie WR Chris Olave has been a welcome surprise for both Saints fans and fantasy owners! Olave missed week 6 in the concussion protocol but has cleared protocol and will be lining up as the WR 1 for the Saints on Thursday night.

When considering your single game line-up this week it’s important to remember that we are dealing with 2 teams that can and will move the ball down the field consistently week to week but SUCK in the redzone so what I am saying people is don’t sleep on adding kicker Will Lutz to your line up as I would expect double digit points for Lutz this week which is great value at a salary of $4,000.  Peace, Love, and fantasy wins for all this week my friends.  LFG!