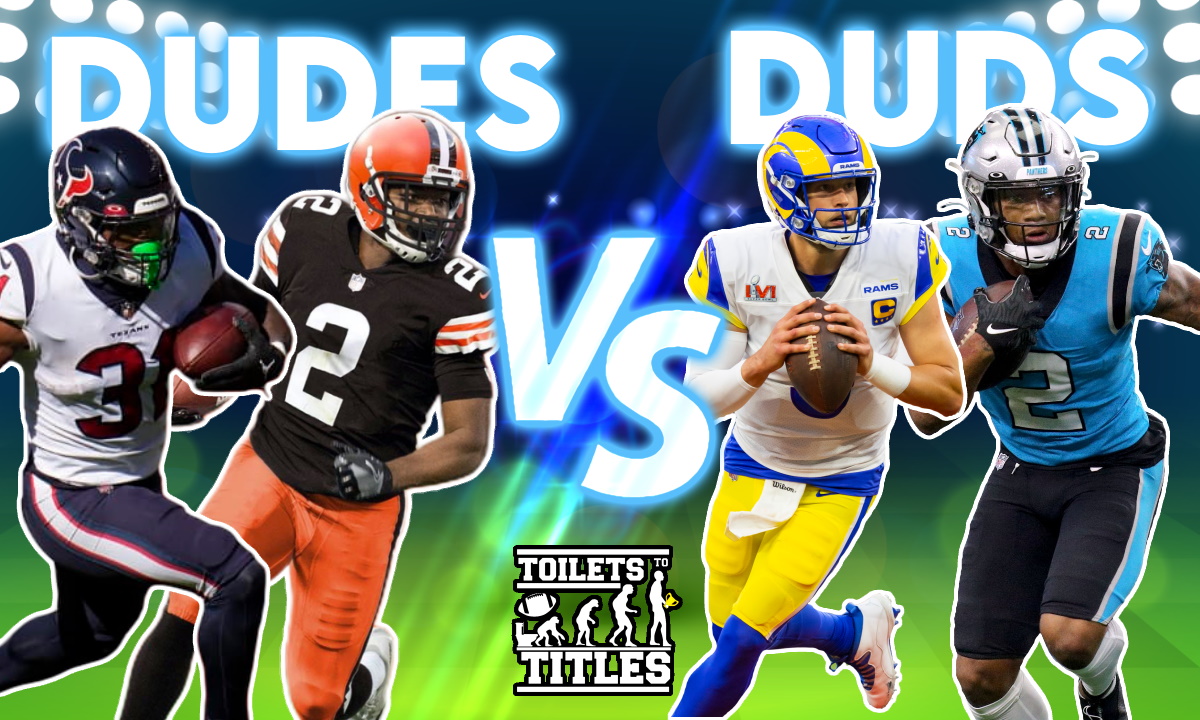 QB – Joe Burrow @ Miami Dolphins
Back to back weeks with Burrow as a dude. Burrow had his first 3 passing touchdown outing of the season and he’ll be ready to follow that up with another big performance. This will be a high-scoring affair with plenty of fireworks. Don’t be afraid to start Burrow, he’ll get it done for you!

QB – Aaron Rodgers vs. New England Patriots
Aaron Rodgers is starting to get in a groove. It doesn’t seem to matter who he has at WR, he will find a way to get it done. Last week against the 4th strongest pass defense in the NFL, Rodgers finished as QB11. This week, he’ll face a much weaker opponent and will likely have some weapons back.

RB – Dameon Pierce vs. LA Chargers
The Fantasy Football community has been waiting patiently for the Pierce breakout performance and it came in week 3. Pierce totalled 20 carries, 80 yards, and 1 rushing touchdown. He topped it off with 2 receptions for 21 yards. This week, Pierce will face a Chargers defense that is giving up an average of 19 fantasy points a week to opposing RBs.

RB – Rashaad Penny @ Detroit Lions
Penny seems to have a firm grip on that RB1 role in Seattle. Over the last 3 weeks he’s faced top-10 rushing defenses. This week, he’ll face a Lions defense that is giving up the 2nd most fantasy points to opposing RBs this season.

WR – Amari Cooper @ Atlanta Falcons
Through 3 weeks, Amari Cooper is the 11th highest scoring wide receiver in Fantasy Football. Coop is coming off of back to back 101-yard performances and he’ll be facing a Falcons defense that just allowed Geno Smith to throw for 325 yards.

WR – Gabriel Davis @ Baltimore Ravens
No one has allowed more fantasy points to opposing wide receivers than the Baltimore Ravens. This will be another high scoring affair for the Bills and there will be plenty of opportunities for Gabe to cash in on a big play.

TE – David Njoku @ Atlanta Falcons
Mr. Njoku burst onto the Fantasy Football scene in week 3, hauling in 9 receptions for 89 yards and 1 touchdown. It feels crazy calling 2 Browns offensive weapons not named Nick Chubb dudes this week but I’m feeling good about their passing attack. Brissett has developed a connection with Njoku and he will continue to target him against a weak Falcons secondary.

Flex – Greg Dortch @ Carolina Panthers
It took me about 3 full games to buy into Greg Dortch. He is legitimate and he is not going away. Dortch has seen 23 targets through 3 games and is coming off of his best performance of the season with 9 receptions for 80 yards. Ertz and Hollywood will continue to draw the attention of the defense and Dortch will continue to eat.

QB – Matthew Stafford @ San Francisco 49ers
Stafford is struggling right now and he’ll be heading to San Francisco to face a division opponent who will be fired up to shut him down. The 49ers have allowed 502 passing yards through the first 3 weeks which is the lowest of any defense across the NFL.

QB – Derek Carr vs. Denver Broncos
The Broncos have played a few sloppy games and one of the only bright spots is their defense. The Broncos have managed to stay afloat through 3 weeks by shutting down their opponent’s offense. The Raiders are currently 0-3 and have not yet lived up to the hype surrounding them this offseason. In my opinion, it gets worse for the Raiders before it gets better.

RB – Clyde Edwards Helaire @ Tampa Bay Buccaneers
The Buccaneers have been lights out against the run this season and this won’t be the week they falter. CEH didn’t look that great last week but his performance was saved by a touchdown and his 5-reception, 39-yard stat line. The Bucs have yet to let up a rushing touchdown this season so don’t expect him to get there this week.

RB – Josh Jacobs vs. Denver Broncos
Just like the Buccaneers, the Denver Broncos have been pretty damn good against the run through 3 weeks. Jacobs has yet to top 100 total yards this season and has not once scored a touchdown. The Broncos will contain Jacobs and hold him to under 10 fantasy points this week.

WR – Christian Kirk @ Philadelphia Eagles
The Jaguars offense has been very impressive and Kirk has been a huge part of their success. This week, he’ll be seeing some of Darius Slay when he’s lined up outside and Chauncey Gardner Johnson when he’s lined up in the slot. Both defenders should continue to play well and keep Kirk bottled up.

WR – Terry McLaurin @ Dallas Cowboys
In 2021, Trevon Diggs and Terry McLaurin met twice. Terry McLaurin totalled 3 receptions for 40 yards. The Cowboys pass rush has improved and they will be putting  a lot of pressure on Carson Wentz. Wentz will struggle to find Terry and, when he does, Trevon will be waiting.

TE – Tyler Higbee @ San Francisco 49ers
The 49ers have absolutely wiped opposing tight ends out of the game plan this season. In 3 games, the 49ers have only given up 5 receptions for 23 yards. Higbee has been decent to this point but I am finding a better option this week and putting Tyler on the bench.

Flex – DJ Moore vs. Arizona Cardinals
I have quite a few shares of DJ Moore and I’m really hoping I’m wrong on this one but it is becoming harder and harder for me to start him weekly. Last week, Moore saw 6 targets and only hauled in 1 of them. I am avoiding him like the plague until he shows me something.