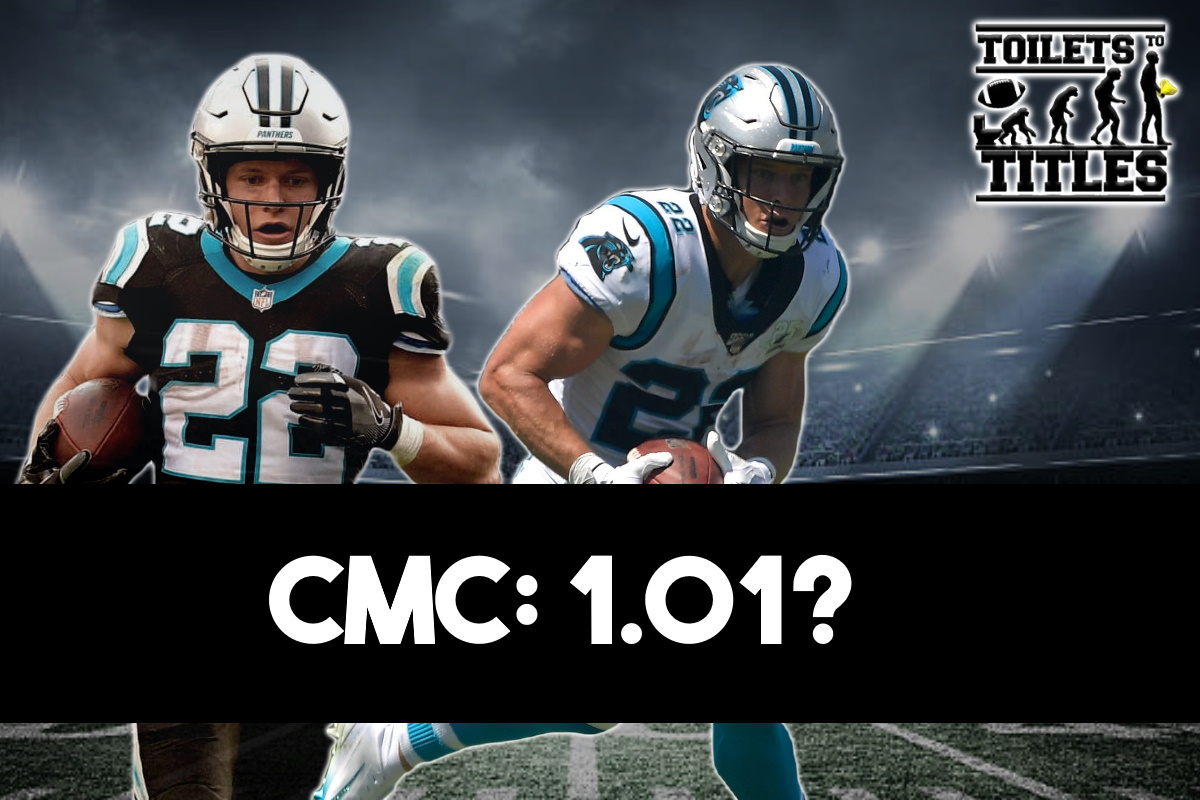 As we are in full swing into redraft season, the yearly debate on who the first 6 picks are and in which order is heating up. This year, the consensus seems to be Jonathan Taylor and then some order of Kupp, Henry, Ekeler, Dalvin Cook and CMC. The one man among those who seems to engender the most debate is McCaffrey, who, when he plays, is the unquestioned 1.01 in drafts, but has only played 10 games the past two years. Personally, I believe that he is the 1.01 and will draft him as such in drafts in which I have the 1st overall pick. Of the other top 5 RBs, only Jonathan Taylor has not missed significant time as a pro, with Cook and Henry missing time last year. Taylor has the growing threat of Nyheim Hines taking away touches in the passing game and a team that will be less reliant on the running game as Matt Ryan, hopefully for them, brings more stability to the passing game. Carolina likely will have more stability in Baker Mayfield, as he sustained two very viable fantasy options the past few years, and who, in his injury marred 2021 season, threw to RBs at a 20 percent rate, even with injuries to their running backs, Kareem Hunt and Nick Chubb. Passes out of the backfield were the key to CMC success in 2018 and 2019, with 2 straight seasons of 100+ receptions averaging 24 PPR points in 2018 (RB2) and 29 PPR points in 2019 (RB1). Even in his injury shortened 2020 season, he was averaging 24 PPG. People will point to D’Onta Foreman as a threat for goal line and short yardage work but that, if true, will likely keep him healthy and expand his passing-game role. All RBs in the first round will come with risk (Cook has Mattison and a history of shoulder injuries, Taylor has Hines passing-game role, Henry is coming off a foot injury at 240 lbs, Ekeler is entering the age where RBs fall off a cliff, etc.) and while I can understand the temptation to draft Cooper Kupp 1.01 in full PPR, the correct answer in all redraft formats is CMC. He offers the most week winning upside of any of the first round players, as he has received WR1 level targets in the past while also being a running back with a career 4.6 YPC and his floor on bad weeks is 14 PPR points. He is still only 26 and entering his 6th season with less than 1,200 total touches. I believe he will play 13 or more games this season and lead all RBs in PPG in half and full PPR formats. I understand that a lot of people who drafted him the past two years likely won’t be able to justify the risk, but I will be drafting him wherever he falls to me and hedging my bets with other high upside handcuffs later in the draft (Mattison, Darrell Henderson Jr, Isaiah Spiller) knowing that it is likely that I will need a few injury week replacements. Draft for upside and be confident that your late round drafting will subsidize any injuries that occur. Fade McCaffrey at your own risk.