Buy the Dip on Jonathan Taylor 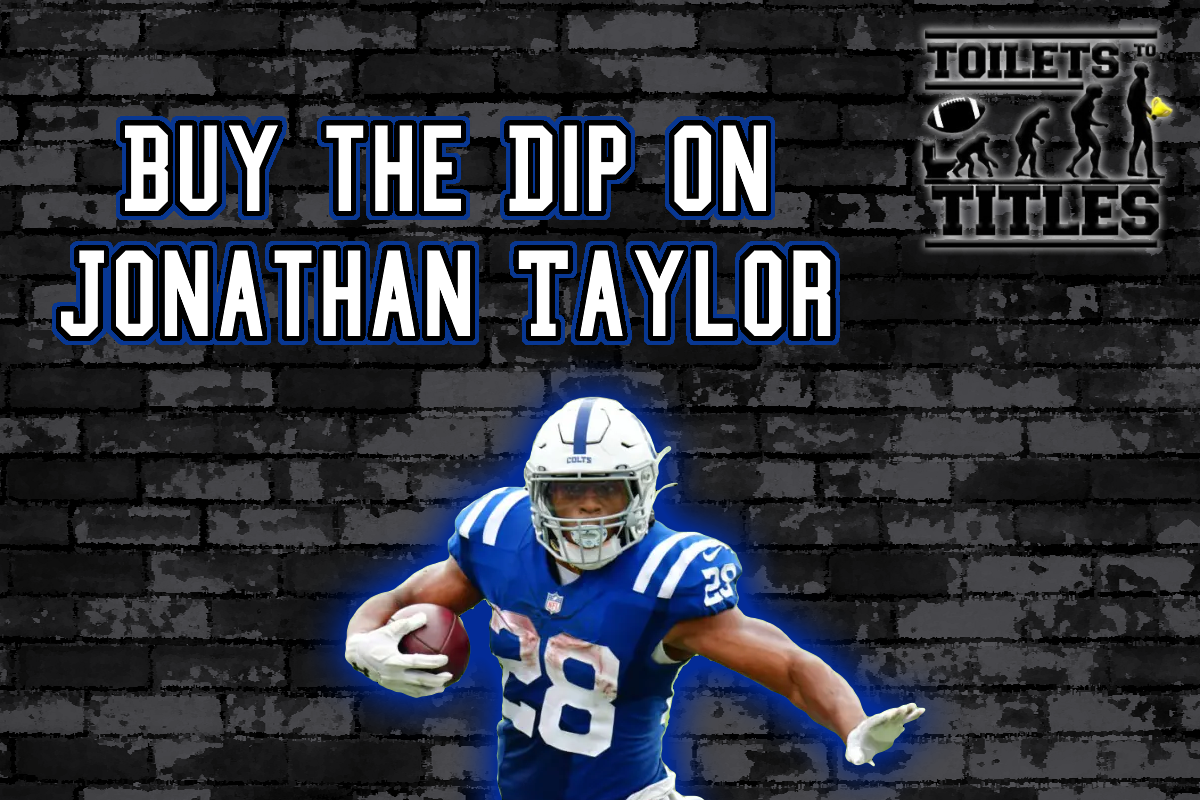 If you aren’t familiar with stock market lingo there’s an old adage which is simply stated “buy the dip”. The saying is a reminder to everyone that you should be in the stock market for the long term gains and if a certain stock ‘dips’ or loses value that’s the exact time to buy it.  Since the price is lower, you can reap the rewards when the stock regains value. I’m here to tell you to buy the dip on Taylor’s stock after the recent news of identical surgeries being performed on starting quarterback Carson Wentz and super stud guard Quenton Nelson.

Is there risk involved in my advice? Absolutely. Either, or both, Wentz and/or Nelson might need the full length of the 5-12 week recovery timetable they are currently on; if that happens, you won’t see them on the field until the end of October. You can count me in the group of people who don’t think that will happen though. Sure, Wentz hasn’t been the most durable in his career but I don’t think the Colts would have opted for the surgery if they didn’t feel he would be back on the field by Week 2 or 3. As for Nelson, have you ever seen that man play football? It might be as close to watching the Incredible Hulk play football as we are going to get. I have zero doubts he will be back on the field at, or very close to, the 5 week timeline.

I’m seeing Taylor’s ADP starting to dip slightly and I’m seeing numerous articles stating this is the right move and you should pass on him in the first round. No QB, offensive line not at full strength, and now people are ramping up the ‘Marlon Mack and Nyheim Hynes will steal carries’ narrative. No Freaking Way. Buy the dip. He’s going to be a star at the position for years to come. You might not see awesome production in the first week or two and yes Mack and Hynes may steal a little work but outside of CMC and Dalvin Cook, what other running back doesn’t have a little work stolen from them? Heck, even Zeke, is probably going to have some work stolen from him by Tony Pollard. Welcome to the NFL in 2021, right? So, barring future bad news about Wentz and Nelson don’t be scared off by the current bear market on Taylor because by week 4 he’ll be running through defenses like a bull through a China shop. (See how I tied in the bear and bull stock market reference in the same sentence?? Nailed it!!). In all seriousness though I’m still very high on Taylor and I’m not moving him down at all in my ranks from his current rank of third behind CMC and Cook. If I’m picking anywhere after the second pick in my redraft league this summer, I’m still drafting Taylor with confidence. So let’s say it one last time for the people in the back: Buy the dip on Jonathan Taylor!