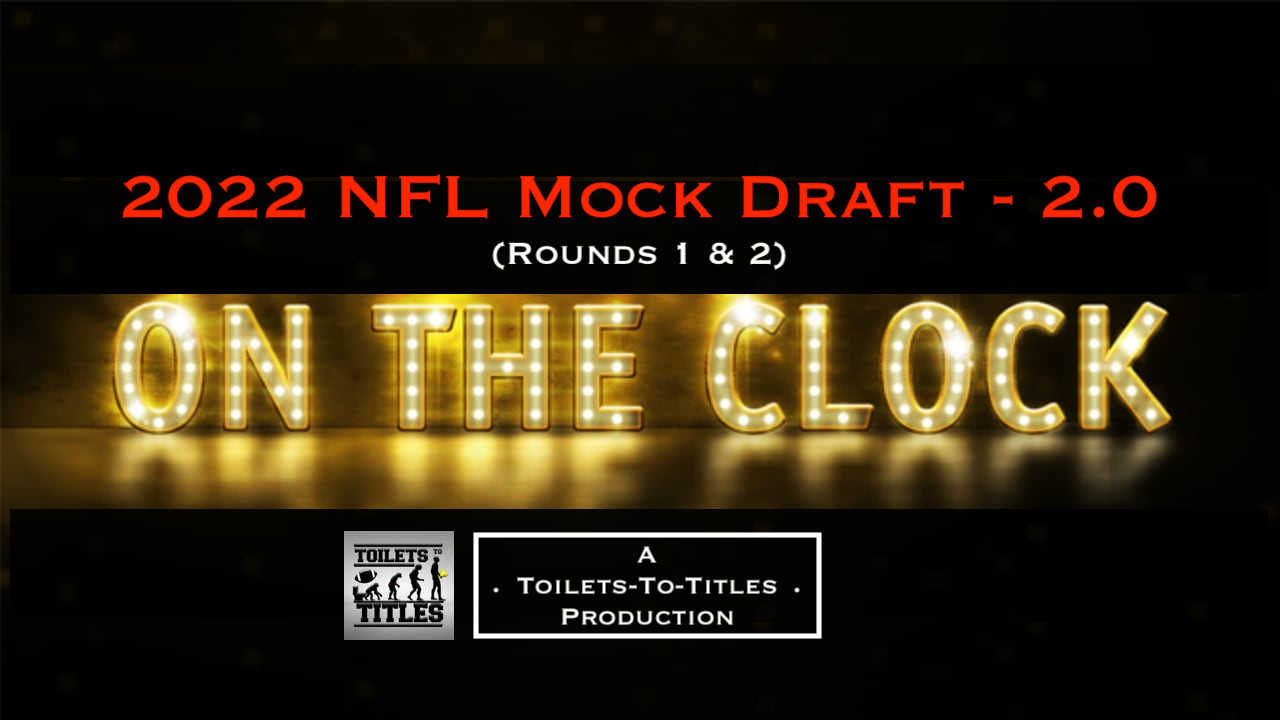 ( @4WhomJBellTolls ) – drafted players for their favorite teams in the first 2 rounds of the 2022 NFL Draft, while auto-draft handled picks for the rest of the teams.  Trades were not allowed for those of us who picked, but the system did conduct trades for the rest of the teams through auto-draft (it was something that I could not control).  Auto-trades that were conducted by PFN are indicted by ⇄.

In the chart below are the results of that draft, and I think we did a very good job while also providing (in the video) our rationale for each pick, for each team that we picked for.  The draft was conducted using the Pro Football Network (PFN) draft simulator.  Clicking on each drafted player takes you to the PFN profile for that player.  Enjoy!  {P.S. – These are the results from the first time we drafted that night.  We also did a second draft right afterwards – that included friend of the show – “Chris’s Video’s” – picking for his Chicago Bears, but the chart below only reflects the results of the first draft that we conducted that night}