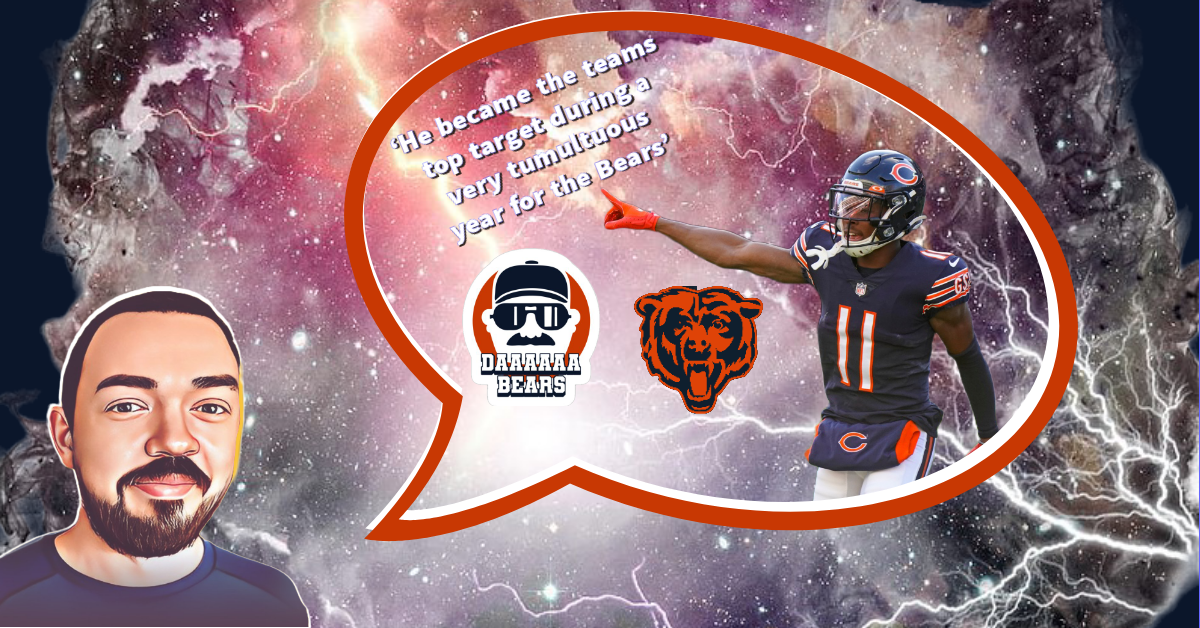 One of the biggest PPR surprises of the 2021 season was Darnell Mooney, with Allen Robinson falling out with the coaching staff, Mooney became the top target for Justin Fields and the other Chicago Bears. Mooney was a 5th round pick in 2020 out of Tulane and he was used regularly within his first year finishing with 61-631-4 as the team’s second option. He became the teams top target during a very tumultuous year for the Bears, as Allen Robinson saw a drastic reduction in targets and the team seemingly not wanting to play Justin Fields and then not wanting to play an offensive scheme that accentuated his strengths. However throughout this, Mooney became a reliable first option. He finished the year first on the team with 140 targets (finishing 12th in the league) and he had 5 or more targets in all but one game.

Going into 2022, he will again be the teams top target with the departure of Robinson, who moved to the Rams, and no major additions unless you count the drafting of Velus Jones. One area that will need to be worked on for Mooney to reach the next level will be catch rate and drops. He was 3rd in the league in drops with 9 and his catch rate regressed from 62% his rookie season to 57% his sophomore season. A reduction in these numbers will be huge for the growing trust between Fields and Mooney as the passing offense will likely center around Mooney and Cole Kmet. Another area of concern for Mooney is a permanent change in QB to Fields. Mooney was having success with other Chicago signal callers last year but he averaged just 10 PPR PPG with Fields under center, in a passing offense that was very conservative given Nagy’s lack of faith in Justin Fields. The one positive of Mooney’s time with Fields, was an increased ADOT, only having 2 games under 10 ppr points, since Fields is much more willing to throw the ball deep which was also evidenced by Mooney’s higher yards per reception in those games. I am projecting Fields, who only threw 22 passes per game, to improve and hover around 32 passes per game this year. This will mean positive regression for Mooney from the 7 targets per game that he had with Fields under center, to 9-10 with the upgraded passing volume putting him at a target share of 27%. A full offseason for Fields and Mooney as QB1 and WR1 for the Bears, leads me to project a 61% percent catch rate and an ADOT of 12.2 in the 2022 season. But will Mooney be worth the ADP this upcoming season?

Mooney is currently being drafted as the WR26 and 57th overall. I see this as being appropriate value given his perceived, guaranteed, volume within the Bears offense, and projected improved efficiency from Fields under center in a more conducive offense. I have Mooney ranked as WR22 in my rankings and believe he will hover in the back-end of the top 24 WRs and be a weekly starting option, even in 2WR/ 1 Flex leagues. He will be a more viable starter in PPR leagues as the TD production is unlikely to be there, but the volume will be.

He is being drafted after ARSB and Gabe Davis, both of whom don’t have guaranteed volume within their offense. Gabe Davis plays a boom/bust role within the Bills offense and ARSB was primarily effective without Swift and Hockenson and the team has added DJ Chark and Jameson Williams in the offseason. Mooney should be drafted before both of these in my opinion and he is being drafted before Rashod Bateman and Amari Cooper. With Bateman, I believe the hype outweighs the 2022 production as Andrews will be the primary target in an offense that will be far more run heavy this year as their RBs, who missed last year, are brought back into the fold. Cooper has the prospect of spending most of the season catching passes from Jacoby Brissett who will be much more likely to make Kareem Hunt a viable passing weapon given Brissett’s track record of checking passes down to the RBs.

I would draft Mooney right before, Allen Robinson and, right after Courtland Sutton. Mooney, in my estimation, will have a much more defined role than Robinson. Since Robinson will slot into the Robert Woods role which we saw last year to be volatile, with the emergence of Cooper Kupp as the overall WR1. If I go RB/RB in the first two rounds, which I would only advise if you have a back end of the first round pick, then Mooney makes a perfect WR2 candidate as he will have a high floor given volume and will produce 13-17 PPR points weekly with his ceiling being weeks of 24-27 PPR points. Of the WR2 tier, he has the least questions and upheaval outside of Mike Williams, who currently has a price of 40th overall. Mooney is the perfect medium ceiling/ high floor guy who will be an anchor for your team. Once injuries occur, he will be able to produce WR1 numbers and keep your team afloat through the long season. A lot of people are fading the Bears because of the situation or perceived lack of talent but realistically it just enhances opportunity and volume for players already in the offense like Mooney, Kmet, Montgomery and Herbert.