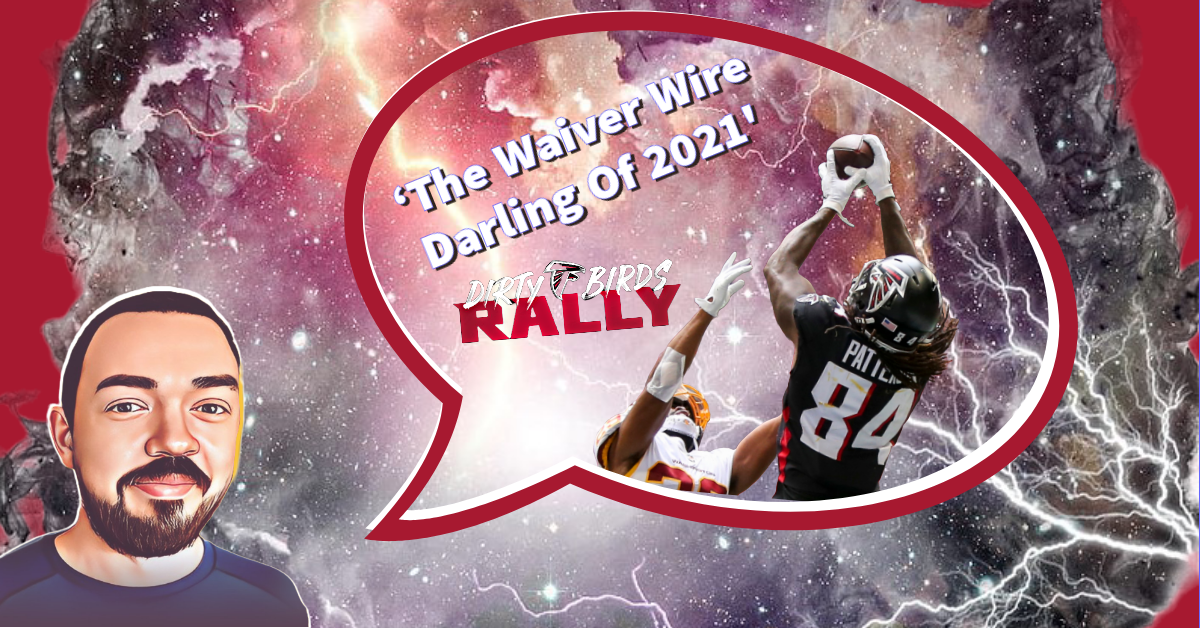 Cordarrelle Patterson was the waiver wire darling of 2021, who was once thought a bust, found success in a hybrid role, last year, with the Atlanta Falcons.Truly one of the best stories of fantasy football in 2021. Patterson persevered through 8 years and 4 different teams to find his niche within the NFL with the Atlanta Falcons.  After posting career highs in all statistical categories in his age 30 season, he enters the 2022 season as one of the few proven offensive weapons for Atlanta. The question is, whether Patterson had a late career breakout or if it is an anomaly season in the vein of Peyton Hillis of years back? He entered last season as the backup for Mike Davis who had arrived from Carolina after finding success in the absence of CMC. After years at WR, he switched positions to RB, giving him WR eligibility on a number of platforms making him invaluable. His breakout and increased usage began in Week 2 when he scored 14+ PPR points in every game between Week 2 and Week 9, with the highest being week 4 with 34.6 PPR points.

However, the production wasn’t sustainable, his previous career high had been 64 carries, and it seems like the 30 year old converted WR, wore out in the second half of the year. Whether it was playing through injury or defenses adjusting to his hybrid usage, he only scored 14 PPR points one time from Week 10 on, and in the last quarter of the year averaged only 5.5 PPR PPG. Also decreased from first half to second half was yards after contact, which was 2.1 through the first 8 games and was 1.3 in the second half, which correlated to a 2.3 YPC in the last 4 games of the season during the fantasy playoffs.

So, given the extreme production in the first half of the season and the steep decline in the last half of the season, is he worth being drafted this year?  Especially with the team selecting Tyler Allgeier in the 4th round of this year’s draft to replace the largely inefficient Mike Davis, who signed with the Ravens. Allgeier will likely take a bulk of the early down work with Patterson taking passing downs, since Allgeier wasn’t a receiving threat in college with only 46 receptions in 4 years. More importantly, Allgeier will likely take over short yardage work after scoring 23 rushing TDs during his senior year at BYU. This will take away from Patterson’s already reduced TD potential playing on a likely bottom 5 offense. Patterson will play with a new QB, Marcus Mariota, who is more likely to take off and run as the play breaks down.  Whereas, Matt Ryan would consistently check it down to his RBs(23% target share to RBs in 2021).

Which all leads to, is Patterson worth drafting given his cost? His current ADP is RB35 and 101 overall. The answer given all the stats is, no. His value last year was two fold. He had dual positional eligibility and he was likely a waiver wire pickup meaning that you didn’t have to spend any draft capital at all to acquire him. He was likely a game day add, given other RBs who would’ve garnered more FAAB. This year on many platforms, he only has eligibility at RB.

For me, he would be a fade. I wouldn’t draft Patterson before round 13 for the reasons mentioned above. He will likely see a reduced role, on an offense that will likely be as bad as last year, and has already shown that increased opportunity leads to decreased efficiency. Which is not something I want to spend on a 9th round pick. He has a ceiling given likely role of 14 PPR points per game but a floor, evidenced by the end of last year, of 2-4 PPG which will likely lose you that week’s contest. He is being drafted ahead of Rhamondre Stevenson, who has the potential to be the lead back in a Patriots running attack, and elite handcuff running backs, like Alexander Mattison and Isaiah Spiller. My play within the Falcons backfield would be to draft Tyler Allgeier at RB50 and 146 overall. Almost 4 rounds later you can pick up the member of the Falcons offense who has more upside and can spend the capital on Stevenson or upside WRs, like Treylon Burks or Kadarius Toney. If you are in round 9 and have deployed Hero/ Zero RB and are looking at Patterson as someone who can be a RB2 for early parts of the year while young players you drafted develop, I would pivot to Melvin Gordon or Ronald Jones who both will have defined roles within their offense and are being faded due to consensus of their talent or, of the talent of the other RB, in Gordon’s case. This is a case of a great all around football player, who is an inspirational story in a bad fantasy situation who, due to an outstanding prior season, is being overdrafted.